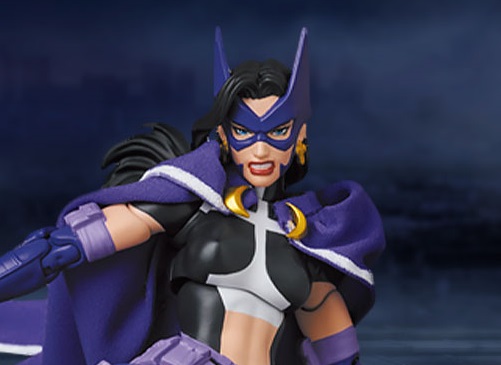 Medicom Toy has released details for their latest MAFEX figure, which features Huntress from Batman: Hush. The figure measures six inches tall and features two interchangeable portraits, hands, and a posable cape. It is priced at $99 and is expected to ship between October and December 2022. You can preorder the figure at either Entertainment Earth or Sideshow Collectibles.

This is Huntress as she appears in the Batman: Hush comics storyline. She appears while saving the Batman from a criminal organization while he had fractured his skull due to a fall. He later finds her in a heated battle with Catwoman due to mysterious circumstances that he must figure out.

Add this to your MAFEX collection today!