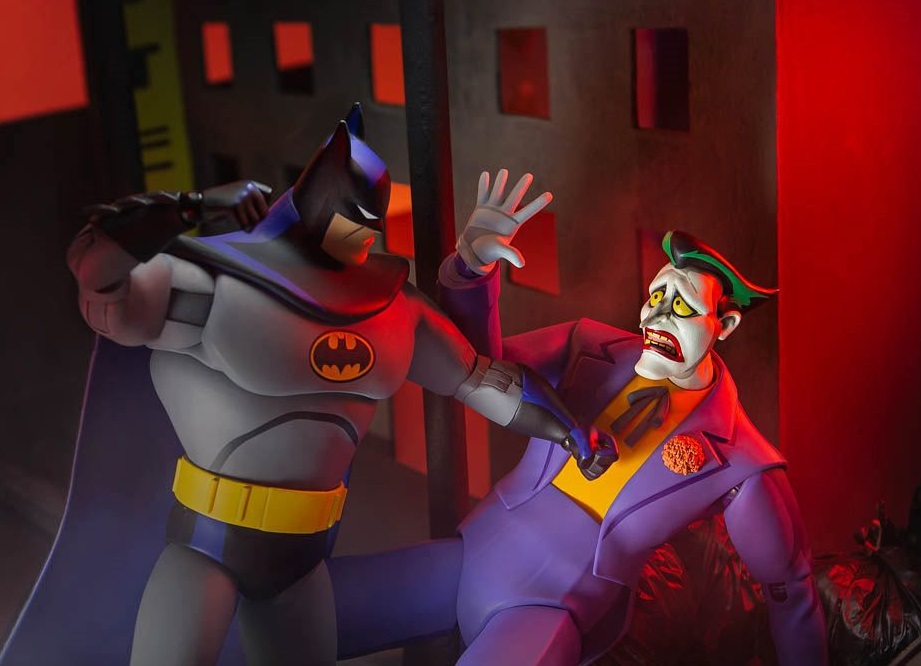 Last month, Mondo announced a special release for Comic Con featuring the Joker from Batman: The Animated Series. This month they announced that the figure they previously announced back in July 2020 will be coming for public release. The one-sixth scale Joker figure is very similar to the one released for Comic Con, with a minor change in additional accessories included.  The standard release does not include a stick of dynamite and two exclusive head portraits. Everything else comes with the standard version from the limited release, including multiple hands and other accessories. Full details can be found below. The figure is priced at $224.99 and is expected to ship in April 2023. You can preorder the figure now at Entertainment Earth.

The Batman redux figure has also popped up at Entertainment Earth for preorder as well.

Fabulous 1:6 scale Joker action figure… in animated style! He looks like he jumped right off the screen! Features 30 points of articulation, 4 faces, 12 hands, and a slew of accessories! Based on Batman: The Animated Series.

Arguably one of the most Iconic villains of all time, from one of the best animated shows of all time, The Joker comes to Mondo’s Batman: The Animated Series 1:6 scale figure line! The super-popular villain features over 30 points of articulation, 4 different portraits, 12 exchangeable hands, and a slew of iconic accessories (see below). His deco is done in animated style, creating the illusion that the figure jumped right off the screen! This fabulous Batman: The Animated Series Joker 1:6 Scale Action Figure captures the spirit and look of the ever-influential animated series and is a terrific addition to any fan’s collection.

And don’t miss the complimentary Batman: The Animated Series Batman Redux 1:6 Scale Action Figure! They go great together and enable you to recreate or invent your own exciting scenes and action.