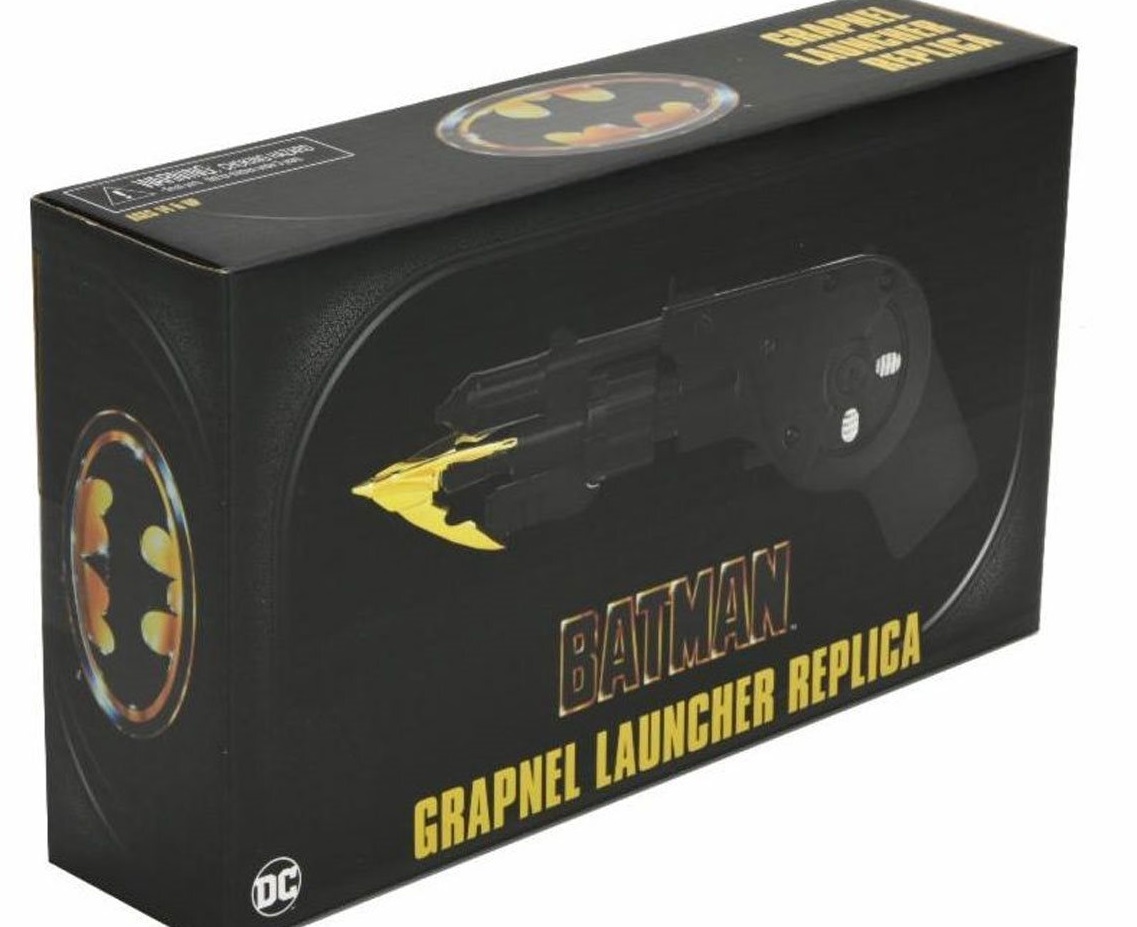 Last month, TBU brought word that NECA had plans for a new prop replica. Now, preorders have officially opened up for the NECA Batman (1989) grapnel launcher replica. The life-sized proper replica measures seven inches long and has the ability to fire and retract the grapnel line. It is priced at $34.99 and is expected to ship in October 2021. You can preorder the replica at Entertainment Earth or on Amazon. 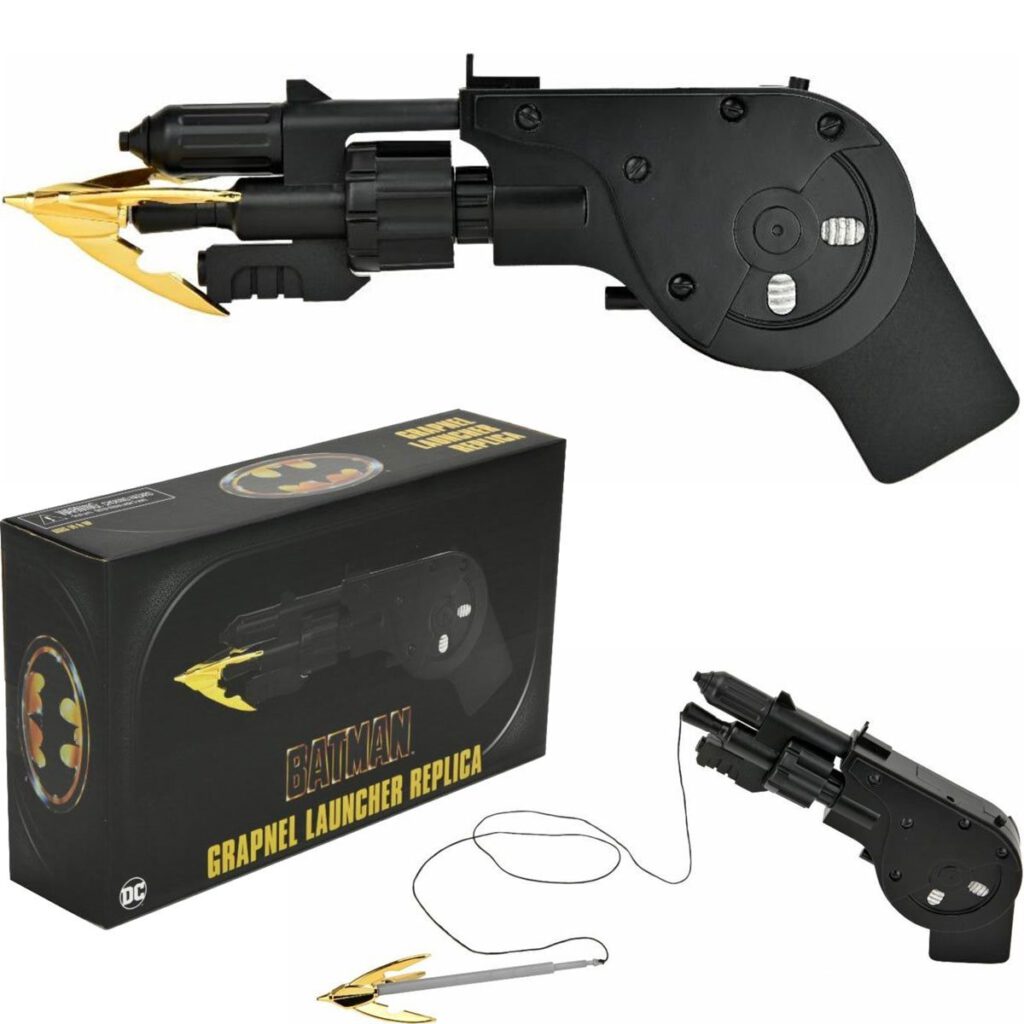 From the 1989 movie that defined Batman for the modern generation! This full-size replica of Batman’s signature gadget, the Grapnel Launcher, is over 7-inches in length, with a screen-accurate foldable handle, grapnel hook attachment, and a motorized spool that retracts the rope and hook after firing. Uses 2x “LR1” batteries, not included.