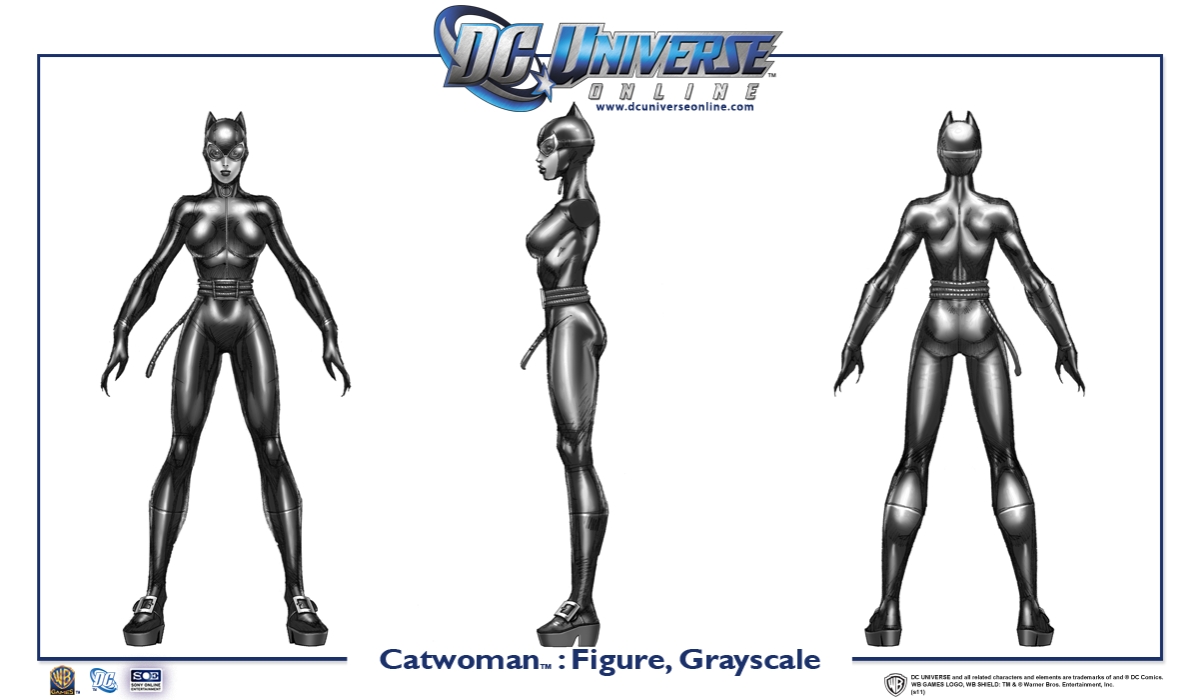 Today the official DCUO Facebook page released the concept art for Catwoman who is being added as the first extension part of the online game. And wow is all I can say she looks fantastic. As if she has fallen straight out of the comics into 3D. The design is very similar to that which can be seen in the War Games trilogy and some of the more recent designs of her in the comics. With the all in one leather suit and tail like whip. She is sporting shortened cat ears and blue goggles which give her eyes that more feline definition. However, perhaps, this will be of special interest to the fans of the films who will surely be looking at these pictures hoping Chris Nolan is taking notes. Will she be designed like this in the films? It’s doubtful, but surely a guy can hope.