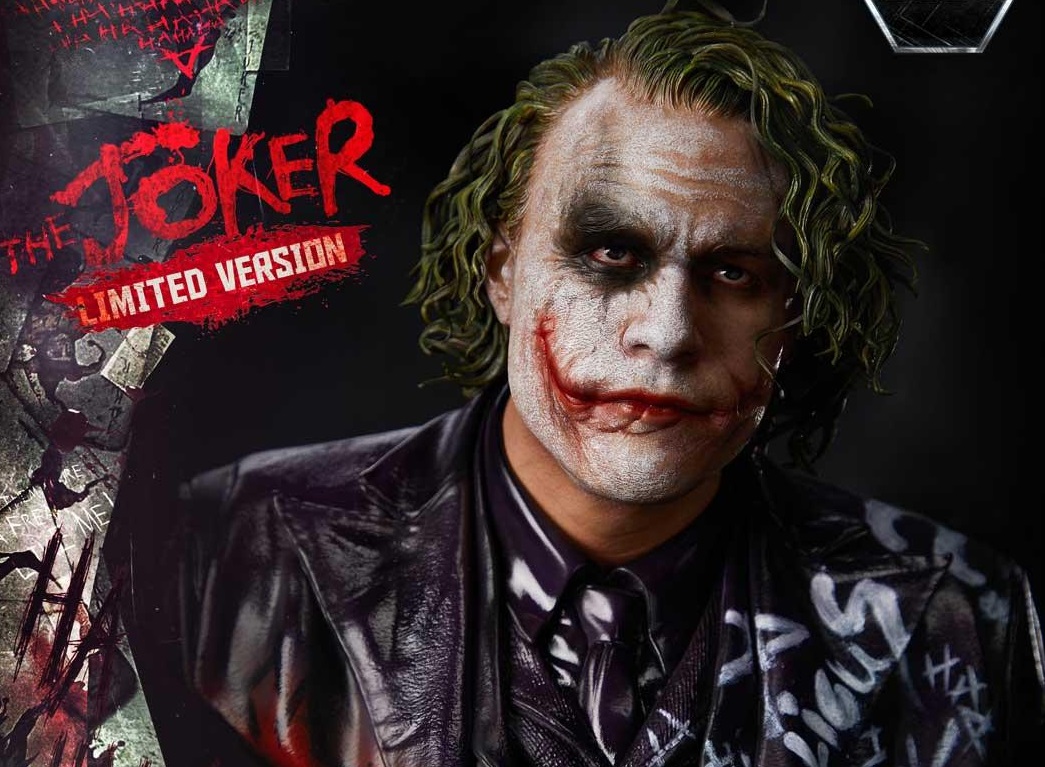 Prime 1 Studio has announced that they will be releasing a limited edition of the Blitzway Joker Bust previously announced back in June 2021. The bust is the same scale and size as the original, with the new version featuring the Joker from The Dark Knight with only half of his face in makeup. Like the original statue, the new edition features a highly detailed likeness of Heath Ledger, life-like hair, and a Batman Begins Joker Playing Card. It is priced at $299 and is expected to ship between November 2022 and February 2023. You can preorder the bust directly from Prime 1 Studio.

”I’m a dog chasing cars! I wouldn’t know what to do with one if I caught it!”

Prime 1 Studio and Blitzway are honored and proud to present the latest addition to the Premium Bust Series: The 1:3 Scale PBDC-08LM: The Joker Limited Edition from The Dark Knight (2008).

In The Dark Knight, Heath Ledger instantly established himself as the most compelling and iconic Joker in cinema. Already a choice movie part for any actor, The Joker, as done by Heath Ledger, was in a class all its own!

And to reflect the genius that permeated Heath Ledger’s interpretation of The Joker, Prime 1 Studio reveals its latest offering. Coming in at 10 inches tall, Prime 1 Studio’s Joker Bust captures the essence of Heath Ledger as The Joker more than ever before. In this version, limited to 1000 pieces, half of Heath Ledger’s face continues to have his Joker makeup, while the left half of his face reveals the incredible actor underneath. The subtle and reverential painting style that Blitzway has achieved humanizes the villain in a manner never before seen.

Blitzway has crafted an extremely accurate detailed likeness, life-like hair, and Dark Knight-themed base. In addition, this bust comes with the Playing Card from Batman Begins and the Joker portrait, which are compatible with our MMTDK-01/01S The Joker 1:3 Scale Statue!

Prime 1 Studio and Blitzway have combined our artistry, passion, and commitment to The Dark Knight series to bring you the most definitive Heath Ledger Joker on the market.

Another absolute grail piece for The Dark Knight and The Joker fans everywhere!