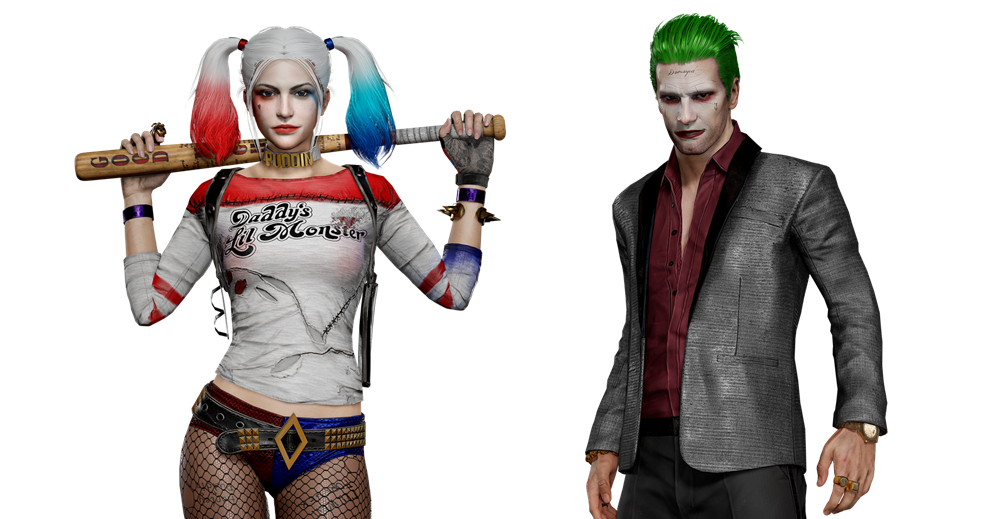 It’s been officially announced that the Suicide Squad versions of The Joker and Harley Quinn are now available for Playerunknown’s Battlegrounds. The online multiplayer ‘battle royale’ style game features a wide cast of both popular and original characters.

A trailer released earlier in the week gave players a first look Harley and Joker’s game designs, which will feature the costumes seen in the Suicide Squad movie. The trailer was later followed by confirmation that they will appear and now full details have been unveiled.

Joker’s suit from the nightclub scene is available for $19.99. Harley Quinn’s skin includes the “Daddy’s Little Monster” outfit along with a crowbar as well as the “Good Night” baseball bat. Her group is priced at $24.99. Each bundle includes specific hair and makeup options that will also be available to customize your character.

These are available now, but only until January 30. So get them before they are gone.