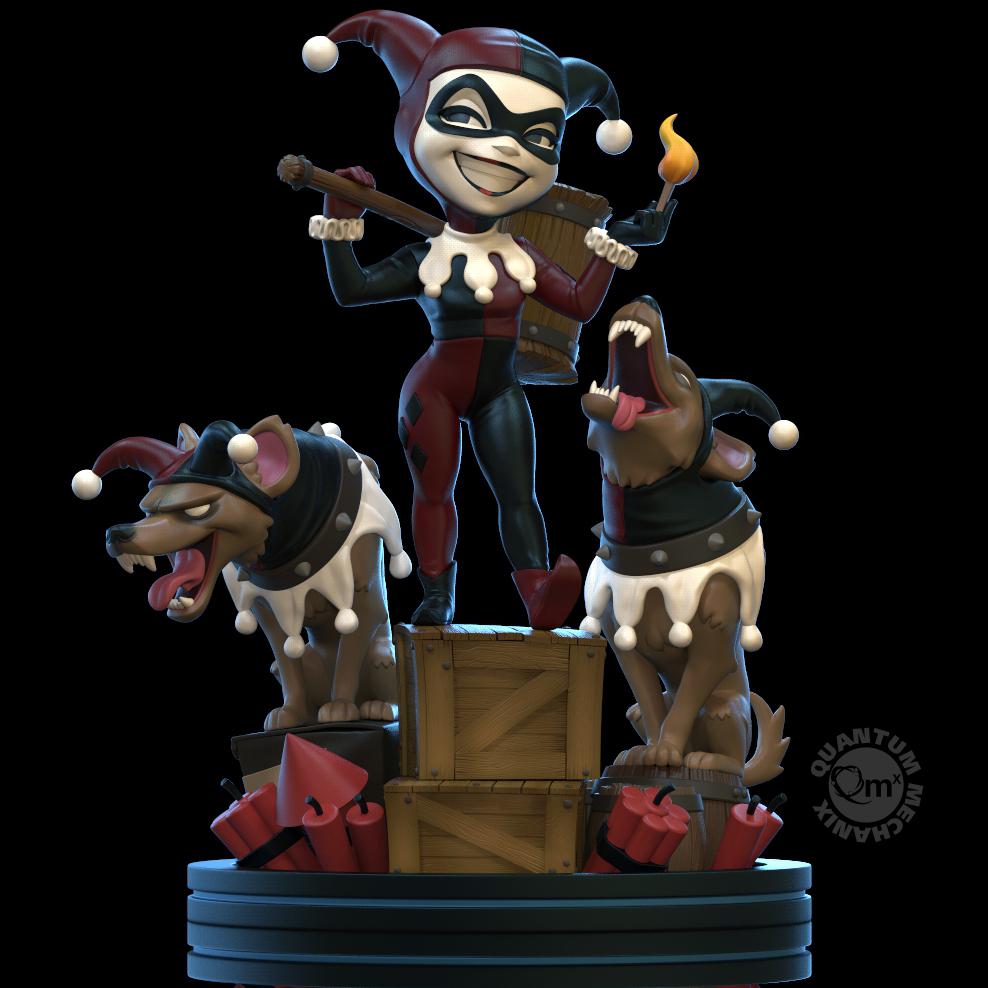 Quantum Mechanix has released information regarding their new product line, Q-Figs Remastered. The first release will be a special treat for Bat-Fans as it is none other than Harley Quinn.  Based on her appearance in Batman: The Animated Series, this Harley aims to please. The three-inch figure features a redone base, as well as her both of her pet hyenas. Priced at $50, Harley will ship in early 2020. You can pre-order over at Entertainment Earth. This Q-Fig Remastered diorama features the Joker’s #1 gal, Harley Quinn, as she appeared in Batman: The Animated Series. She’s out to cause more than a little mayhem with her oversized mallet and her pet hyenas cackling at her side. Harley stands with a match in hand, ready to ignite the dynamite placed around the display base. Harley calls this one “Animals Attack People I Hate”. It’s a comedy.

Harley Quinn Q-Fig Remastered diorama is part of our Q-Fig Max and as such uses EverStone™,  a proprietary high-temperature polymer developed by QMx. Everstone™ offers discerning collectors everything they require in a high-quality collectible: fantastic durability, solid weight, and precisely-crafted details that resist both fading and fracture. Everstone™ is everything traditional polystone statues are not – strong yet pliable with the ability to capture minute details in costumes, scenery and action.

Our Harley Quinn Q-Fig Remastered is just one in our series of DC Comics Q-Figs, so be sure to check out the rest of our amazing line of superheroes and villains!