Review: Red Hood and the Outlaws # 38 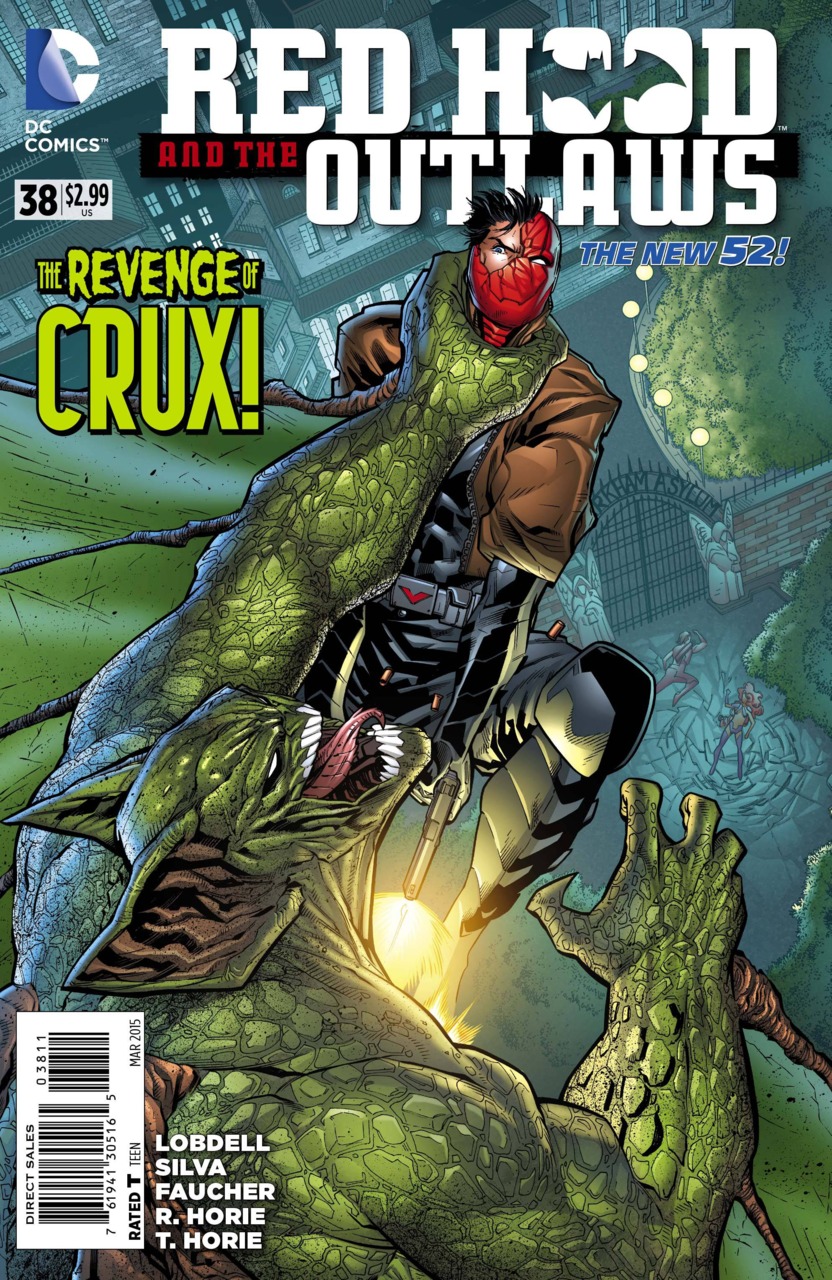 This week is all about the role that Crux plays in the lives of Red Hood and the Outlaws. Crux is the brainchild of Scott Lobdell, appearing first in Red Hood and the Outlaws #1. Although he has appeared throughout the series, this is the first issue completely dedicated to the scientist turned giant beast. It was enjoyable digging into the psyche of Crux and the growth he has experienced since his introduction to the DC universe.

The issue opens with Red Hood, while under the guise of a professor, having a one-on-one with Crux behind the cold walls of Arkham. Upon learning that the Professor is not who he appears to be, Crux frees himself from his bonds and pounces on Jason Todd. The revelation that Crux was willingly staying chained up in Arkham seemed insultingly uncharacteristic. However, this disclosure was the catalyst for rich character development that helped to solidify Simon Amal as caring and compassionate. The dichotomy presented in these pages helps the reader understand the struggle that Crux has faced since the death of his parents.

The story continues with Red Hood regaining consciousness aboard the ship that the Outlaws had previously highjacked from Crux. Arsenal soon joins the pair and two of the three Outlaws are enlightened to the motivations fueling the man they once considered an enemy. It is difficult to say if Crux is being honest in his confession of turning a new leaf. However, I like the idea of him being a potential ally to the Outlaws.

The remainder of the issue is spent examining the current situation that Starfire is facing. Watching her suffer is becoming increasingly difficult. She is a character that is so deeply troubled that she fails to see the role she plays on the team. Furthermore, she has lost touch with how deeply the other members of the Outlaws care for her well being. Her current physical state is just as dire as her emotional mindset.

Similar to the self-serving bonds that Crux chose, Kori has bound herself to a tree deep in the jungle in an attempt to “burn the toxins from her system.” In her attempt to get clean, Starfire quickly learns that she is not as alone as she had hoped. In order to avoid spoilers I will leave the identity of her confronter undisclosed. I will say that this reveal lends itself well to the storyline and I am very excited to see where these will leave the team leading into issue #39.

Although the art was a little less than to be desired, the story this week was solid. I enjoyed seeing Crux come out of his shell and further understand the depth of Starfire’s struggle. I am excited about where Lobdell is taking this story and can’t wait for the next issue to hit comic stands in a month.