Review: Red Hood and the Outlaws #37 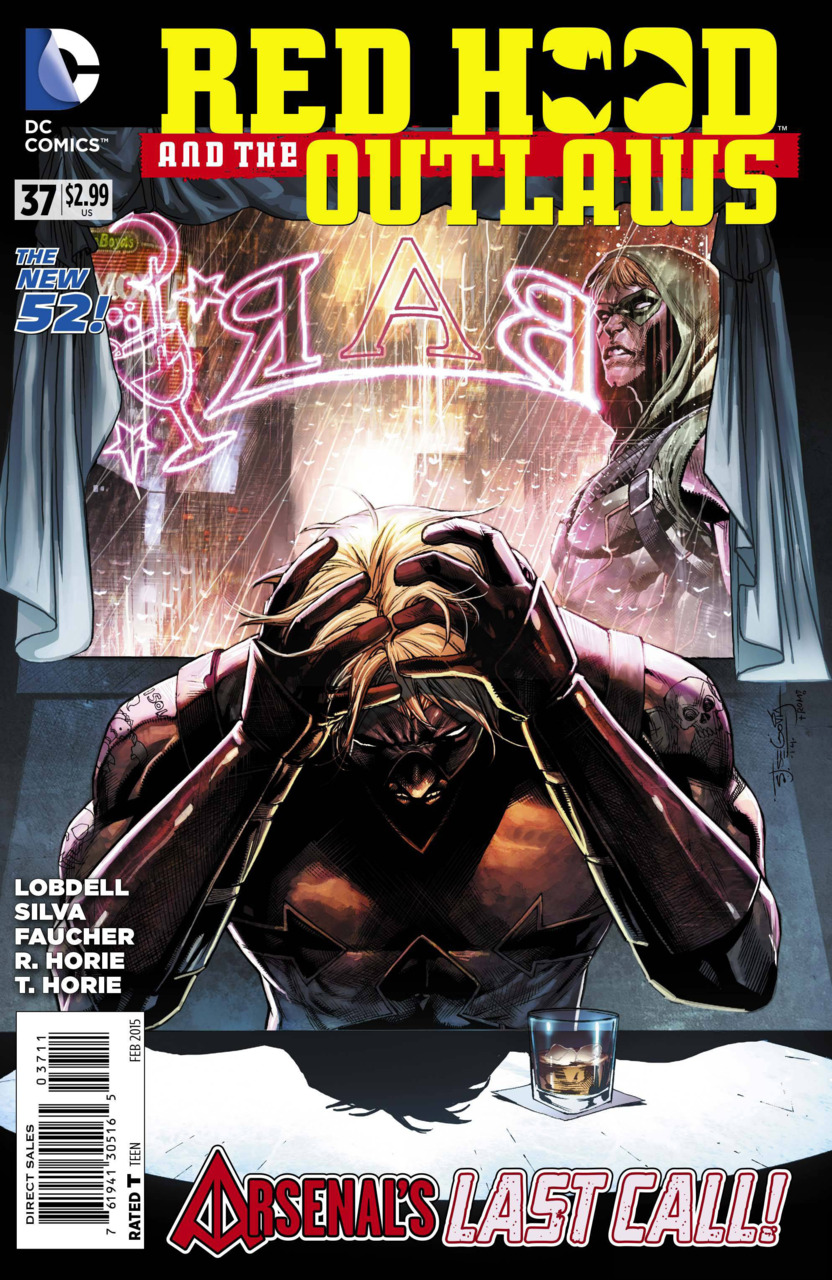 Comic books have a long history with origin stories. In many cases, such as Batman and Superman, the origin story is so deeply engrained in the story’s canon that to change it at all would be comic blasphemy. However, in other instances, the origin story remains relatively unknown and is open to artistic interpretation. This is the case with this week’s issue of Red Hood and the Outlaws. The entirety of the issue is dedicated to exploring the origins of Roy Harper, better known as Arsenal.

With the wild success of the Arrow television show, the character of Roy Harper has been catapulted into the spotlight. Scott Lobdell uses his time with this series to differentiate the origins of Roy from that of the TV show. I enjoyed that Lobdell used internal monologue and memory recollection to allow Roy to tell his origin story from a first person point of view. Allowing Roy to tell his own origin story makes the experience very intimate and enjoyable.

The issue opens with Roy recounting a science fair experiment gone wrong. We see Roy struggling with the fact that his father is an alcoholic who is far removed from his son’s life. This event will haunt Roy into adulthood, causing him to be weary of forming trusting relationships with the people in his life.

Helping to convey Roy’s upbringing is Oliver Queen. I thoroughly enjoyed the panels in which we saw Queen fully embracing his billionaire playboy status. Rarely do comics make me laugh out loud but seeing Oliver tell Roy not to be “butt hurt” was worthy of a vocal chuckle. Humorous at times, Oliver also serves as the catalyst to Roy becoming Arsenal. He forces Roy to face his demons, specifically alcoholism, and embrace his natural talent for scientific innovation. It is Oliver that leads Roy to the recollection that he is in control of his own destiny.

Fast forward to the present and we see a clean and sober Roy preparing to begin his search for Starfire. The issue ends with a heartfelt exchange between Roy and Oliver that concludes the story in a meaningful manner.

Not all origin stories are created equal. The origin story told in this issue of Red Hood and the Outlaws exemplifies superior storytelling and character development. Lobdell proves himself as a skilled writer who has the ability to take this series to new heights moving into the future. I would enjoy seeing Lobdell explore the origins of all three of the Outlaws in a similar manner. This issue is a breath of fresh air in the Outlaws mythos and should not be missed by any fans of the DC Universe.