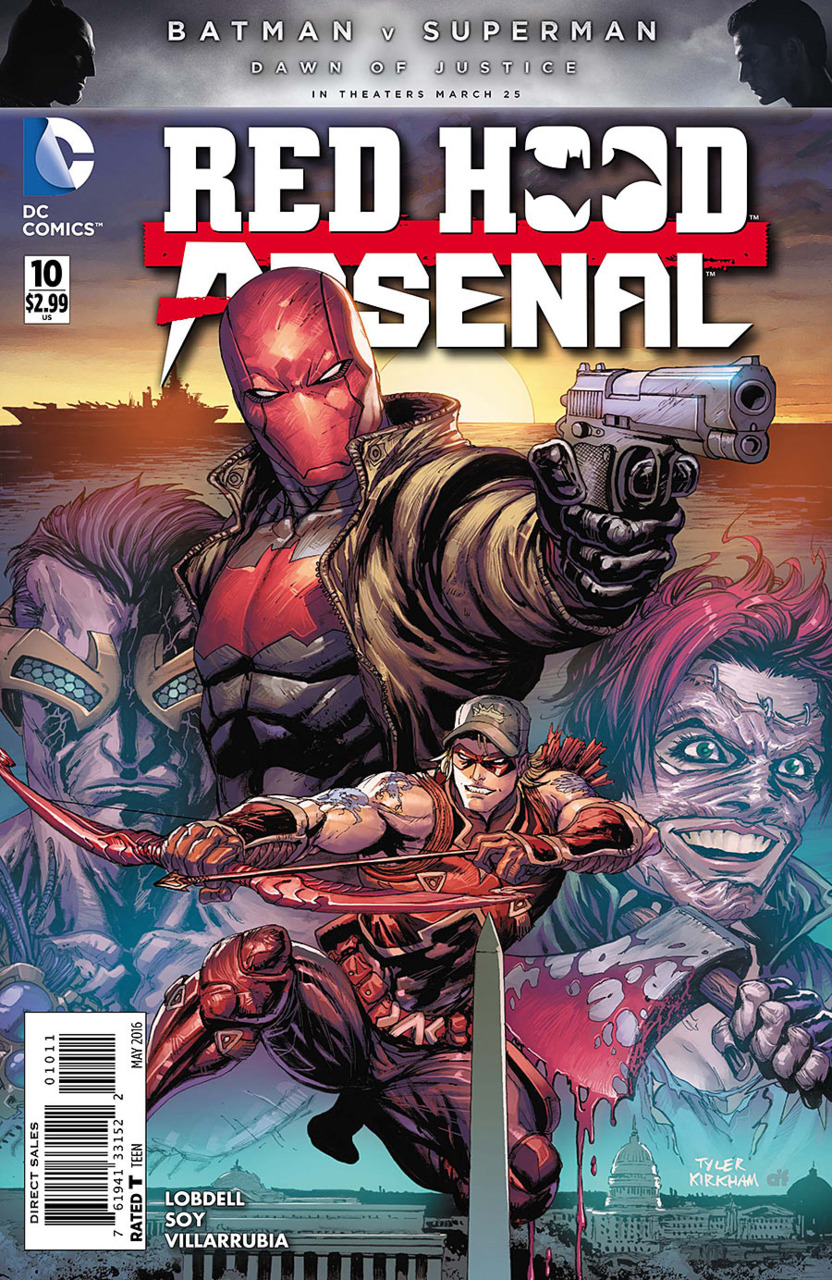 “May I Have This Dance With The Devil” opens with a firefight. Jason and Roy are fighting an army of armed guys wearing white. In a voice over we learn that the two are on the engineering deck USS Excelsior. The two are wearing military uniforms but more on that later. The guys they are fighting are terrorists who work for the terrorist organization H.I.V.E.

Above decks a graduation ceremony is occurring. The speech is interrupted by the sound of automatic small arms fire below decks. Battle stations are called and the alarm sounds..

This alarm is heard by Jason and Roy. We learn that the two are on board the ship to disarm a bomb and Jason tells Roy to do it. When Jason gets into the room with the bomb he sees Roy staring at a huge futuristic looking device. Jason asks Roy if he can disarm it. Roy responds with no, sure, but mostly nope. Jason says he will be fine as he continues to shoot at the H.I.V.E. Agents.

We flash back to five hours earlier. Jason and Roy in civilian clothes are talking to Tara Battleworth in her office. They are there about Duela. They are there to get advice from Tara on how to spin the situation with Joker’s Daughter. Tara reminds the two that she told them to lose her number when they started the Rent-A-Bat venture but she make a deal with them before they got on the plane to DC. She would hire a psychologist to meet with Duela and if she gives the all clear then Tara would help. If not she will wash her hands of all three of them.

We find Duela in a dark room, she is drawing a picture of Joker and Harley Quinn holding a baby saying baby makes three. I can only assume that she sees herself as this baby. The doctor walks in and turns on the light, Duela throws the crayons at the doctor saying that she likes the dark. The doctor turns off the lights and and sits down to start to talk to Duela. Duela says that if she does not get a passing grade, she will kill the doctor. The doctor calmly responds saying that this is not about passing or failing but two people having a conversation about the situation. She starts by asking about the three months Duela spent living in the Nethers. Duela says that it was great while Jason watches through a two way mirror. He tells himself that he was her age when Joker killed him and that is why he is trying to believe in her. Roy interrupts Jason to tell him they have a job.

The two meet with Noelle a systems analyst assigned to the USS Excelsior. She was approached by a man who asked her to join H.I.V.E. Jason surmises that Noelle turned him down, he asks why she is telling them and not the Navy. Noelle says that the ship has been infiltrated at every level and if she tells anyone they will kill her and her family. Noelle pays Roy as Jason leaves the diner the three were meeting at.

We go back to the Duela interview. Duela says that she is not sure who she is since leaving her “face” down in the Nethers. The Doctor asks her if she really thinks that she is the Joker’s daughter. Duela admits that she uses it as a title like “doctor” or “esquire”. The doctor says that those titles are earned and then asks what did she do to earn her title. Duela responds that she killed a lost little girl, which was herself.

We now catch up with Jason and Roy. The two are in the Pentagon wearing military uniforms for a Colonel Klink and an Admiral Warf, (right). They are there to see Noelle’s file to determine if she is a reliable client. The two banter about Jason knowing about document forgeries and high security infiltration having learned from Batman. Roy quips that Jason keeps surprising him and then asks if he ever surprises Jason. Jason says no.

We are back on the Excelsior in the present time. I can only assume that the two found Noelle as a reliable client since that line was just dropped. We are back with the super bomb that Roy is trying to disarm while Jason fights off the agents. Jason asks Roy if it will help if they knew what the bomb was supposed to do. To answer that question, we meet the H.I.V.E. Regal. He says that he invented the device he calls a transubstantiation device. When it goes off it will implant in each person affected the thoughts and schemes of H.I.V.E. He plans on turning the graduating class above decks. He will be able to penetrate their minds. Jason thanks Ducra. They notice that the bomb died. Roy disarmed it by jamming an arrow into the control panel to disrupt the connectors. The Regal goes insane with anger and the fight continues after Jason insults Roy for his trucker’s cap.

The doctor is now meeting with Tara to give her her report. The doctor admits that she is a substance abuse counselor and not a psychiatrist but she thinks that Duela is every type of crazy. She does believe that Duela is at the crossroads of wanting help or going completely into the darkness. She can either go back to a socially awkward teenager or she could “out Joker the Joker”.

The next day at the capital the commanding officer recounts the events of the previous day and admits that if it was not for Red Hood and Arsenal the situation could have been much worse. Tara meets with Roy and Jason. Jason calls Duela to tell her that she is in with the team and Roy wonders what that could mean for the team.

We see Duela, she finishes her call with Jason and dives into the river. She surfaces in the Nethers where she picks up the Joker face and puts it on. She admits that she does not need the face in fact she can do anything the Joker can do but better, bigger, darker, and sicker. Next issue Dancing as Fast as I Can.

The crux of this issue is the interview with Duela. I think we see a calculating character who I do not believe is the confused little girl she would have us believe she is. That conclusion is supported by her last line on the last page, saying that she is worse than the Joker.

We continue to get the quips between Jason and Roy which helps break up the fight that they find themselves in for most of the issue. I did find that fight satisfying and the jabs at one another was amusing.

I was starting to like the Joker’s Daughter character but now I am not sure where the writer is going with her. Is she calculating now? Did she want to change? I do not know the answers to those questions. What is Tara’s game in all of this?

Overall, the fight scenes were good but I am now even less sure about the Joker’s Daughter and I am not sure if this series will survive Rebirth in order to give satisfying answers to the questions above.