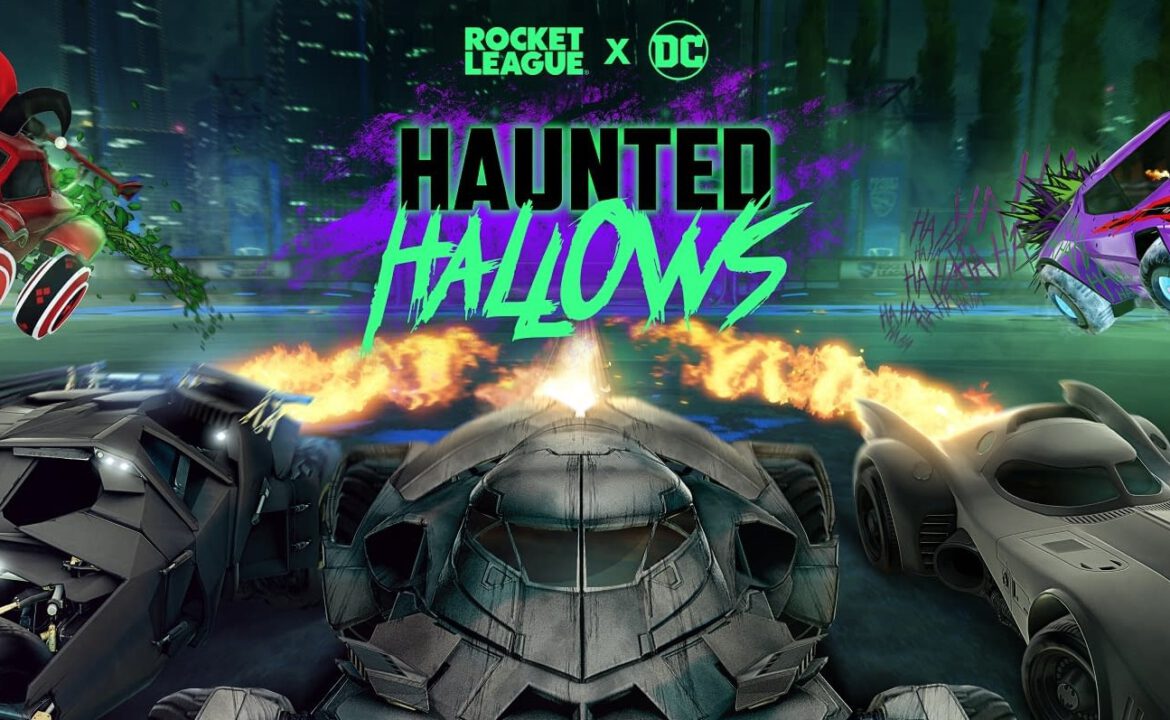 The new Haunted Hallows event this month in Rocket League brings Batman back to the game for the first time in over three years. Back in 2017, Psyonix introduced the Batmobile from Batman v Superman into the game. A few months later they then added the Batmobiles from Batman (1989) and The Dark Knight trilogy. Those items eventually dropped out of the online store for the game and some fans have been asking for them to return. As of today, October 14, the fans are getting what they wanted as the new event brings back the special vehicles along with their corresponding goal explosions.

In addition to the popular Batmobiles returning, there are also cars and cosmetic items themed around Joker, Harley Quinn, Poison Ivy, and Mr. Freeze. The Rumble map in the game is becoming Gotham City Rumble with a twist on the popular gameplay. There is also a new arena variant called Beckwith Park which is said to have been infiltrated by Batman’s super-villains with easter eggs scattered all around. You can see a gallery of all the items you can unlock below.

The Rocket League Haunted Hallows event which features Batman runs from October 14 to November 1 for you to unlock the various new items. You can purchase the bundle of all three Batmobiles along with the goal explosions and the Reel Life Decals for two thousand credits. If you are interested in a certain Batmobile bundle they can be purchased individually for eight hundred credits, with the bundled items broken down even more so if you are only looking for a certain element. Check out the trailer below.