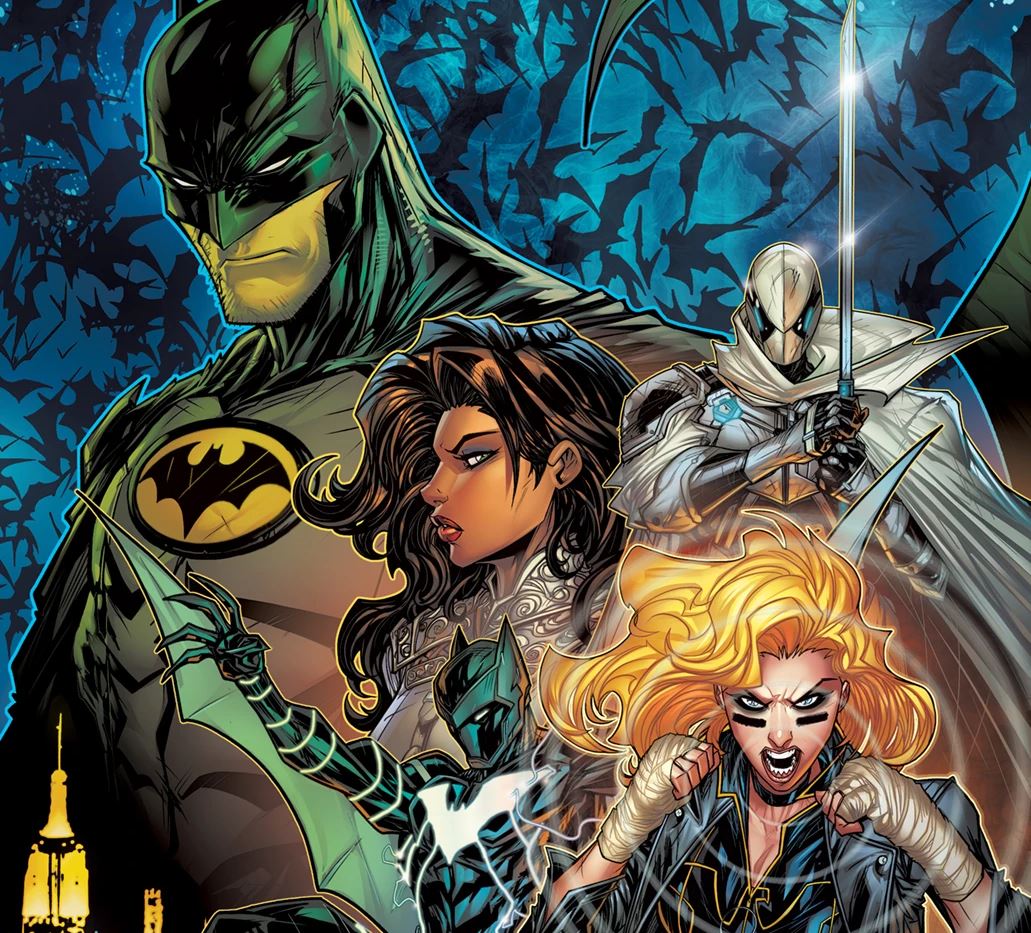 Overview: Shadow War Zone #1 is an anthology comic detailing stories of other characters and how they are dealing with the Shadow War. The characters featured include Black Canary, Talia al Ghul, Ghost-Maker, Clownhunter, and Harley Quinn.

Synopsis: “The first story in Shadow War Zone #1 involves Black Canary, the former associate of Deathstroke. Oracle gets in contact with Dinah to give her the lowdown on the start of the war and that she may be a target of the League of Shadows for her association with Deathstroke. Dinah tries to assure Barbara by lying that she is not on the couch with Ollie. Barbara, who can track Canary, sees through her lie immediately. Canary has to hang up on Barbara; she knows what assassin is hunting her, Angel Breaker. The two have a history.

The two warriors start a battle. Just as Angel Breaker has Dinah down, she gets a call to report to Nepal. She leaves Dinah, and Canary calls Oracle. Canary needs a ride to Nepal. This story will be continued in Shadow War: Omega #1.

Analysis: This story has the most to do with the Shadow War arc. I like that we get to see Black Canary here. She is a known associate of Deathstroke, and Talia’s orders are to go after all family and associates, so it makes sense that she is a target. We get the appearance of Angel Breaker; she appears to be a leader in the Shadows, and she and Dinah discuss a prior history that I am not familiar with. It makes sense that an assassin with knowledge of the Bird of Prey would be the one to take on the Black Canary, a formidable fighter in her own right. The fact that Angel Breaker took Dinah down so quickly is a testament to her own power.

The art is stylized and entertaining. The colors being muted fit in with the night setting. The colors also make the burning bike realistic and dangerous. It does appear that the focus is more on Angel Breaker in the art. She gets a large introductory panel void of backgrounds that accentuates her appearance and form.

Synopsis: The second story in Shadow War Zone #1 is a story from Talia’s childhood. She has a hectic schedule of learning and training without any time for fun. She is talking with her bodyguard and best friend, Amal. Talia comes up with a crazy idea. She is going to jump off of a cliff just to prove that she can survive. Amal is concerned for her friend. Amal is also afraid that she is going to be blamed if anything happens to the young Talia. She tries to dissuade the girl, and Talia responds by jumping off of the cliff. The jump does not go as Talia expects, and she is injured. Talia is found by members of the Shadows and brought back to Ra’s alive but injured.

Ra’s is angry with his daughter for her recklessness and decides that she cannot be trusted, so she is placed under lockdown. Amal has been dismissed and has left the grounds. This angers Talia, and she sneaks out looking for her friend. She finds a note Ra’s wrote to his mother, Talia’s grandmother. He talks about going to Lazarus Island. That is where Talia decides to go. She goes in search of her grandmother, Mother Soul. Talia finds her, and the older woman tells her granddaughter of Talia’s own baptism in the Lazarus Pit. Talia was sickly and dying as an infant, so her father begged his mother to put her in the pit. He did, and the girl was changed. Now, Mother Soul wants Talia to go back to her father. Talia agrees, but she sneaks off to the pit. She sees the demon in the pit, and Mother Soul finds her. There are demons in all of us.

Analysis: The Talia story gives a good backstory on Talia al Ghul that helps in the furthering of the overall narrative. Could the character Amal have any bearing on the current war story? It looks like Amal could be a kind of Chekhov’s gun, just one introduced a little later in the telling but appearing much earlier in the timeline.

The art in this is very fantastical. The figures are cartoony, and the color palette of green gives the pit a feeling of slime. The coloration makes me wonder if the green eyes of the al Ghuls could be the result of exposure to the Lazarus Pit. I do miss that the green eyes are not seen much in Talia and Ra’s.

Analysis: The importance of this story is in how Batman Inc. has grown under Ghost-Maker and his differences from Batman as a leader. He is a killer, which goes against Batman’s code. I admit that I am really unfamiliar with these characters, so this could just be a throughline for Batman overall coming out of Joker War.

The art of this story is the standard superhero art style found in comics today. The colors are bright and vibrant, and the action is well done. It is easy to see what each of the characters is doing in the scene.

Story #4: Harley Quinn in “Ninjas at the Arcade” by Stephanie Phillips and artist Ann Maulina

Synopsis: The final story in Shadow War Zone #1 features Harley Quinn because why not. The character has not been seen in the Secret Society before, but here she is a prominent if not chaotic member. The Shadows are pursuing her in Gotham. She leads them to an arcade where she can go crazy and fight the Shadows. This encounter is being watched by Luke Fox and Lashina of the Furies. They are evaluating whether to include Harley in their team. This story will be continued.

Analysis: The story that I do not see fitting in this at all is the Harley Quinn story. She has not been with the Secret Society, but this seems to place her on the Society with Grodd in a possible Legion of Doom play. Harley is characterized well and is just as unpredictable as is being commented on, but this is just a vehicle for the next story that I feel has no bearing on the Shadow War.

The art here is the most cartoony, and I am not a fan of this style. It makes the encounter a continued joke, which I believe is the goal here. I just do not see Harley fitting in in the Shadow War.

After reading this issue, I really wonder what it has to do with the Shadow War story as a whole. Will the themes and characters pop up again in this story and what is Harley doing here. I like her character, but she just does not belong here.