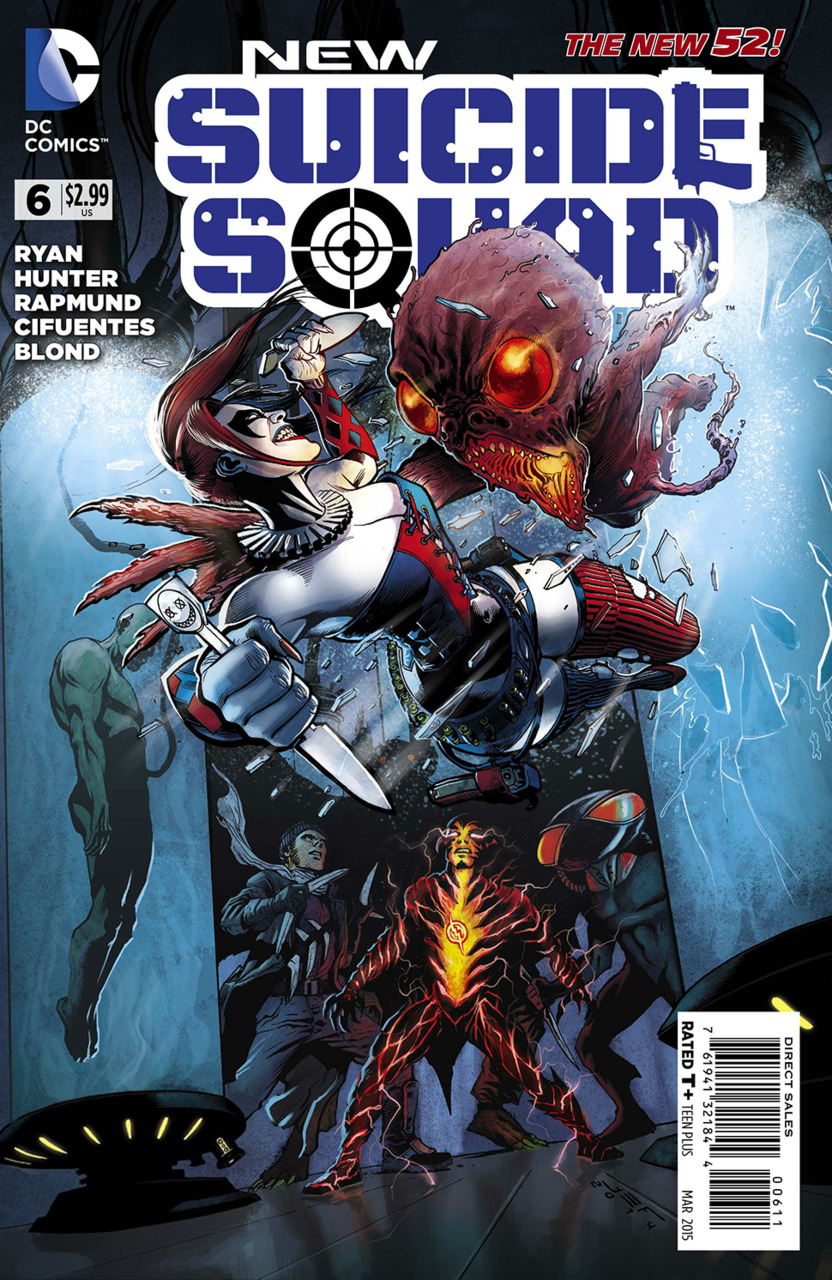 Struggle is the name of the game in this week’s entry into the New Suicide Squad narrative. Led by Manta, the team is struggling to win the battle against the meta-humans in China. While attempting to rig the mutant factory for destruction, Reverse Flash quickly learns that his powers of speed are not limitless in a panel that is not for readers with a weak stomach. Meanwhile, Amanda Waller and Vic Sage struggle with their differences in how they feel the team should be managed. Although the layers of conflict in the book are successful in moving the story forward, they often feel shallow and underdeveloped.

As far as the team goes, the battle sequence showcased the raw power of each member of the Suicide Squad. The art direction in this book is consistently hit-or-miss. I feel that this section of the story would have benefitted greatly had a different team of artist been at the helm of the project. Many of the characters look like flat versions of the characters they are supposed to represent. Harley Quinn and Captain Boomerang suffer the most due to the subpar art direction. Even the panel showing Reverse Flash blowing his knee out could have been much more effective had the art been cleaner around the edges. I am confident that as the release of the movie bearing the same title draws closer, the art direction of the book will receive a greater deal of attention in order to garner a more positive praise of the series.

Similar to the art direction, the story this week was lacking in many ways. Although it felt shallow at times, it did embody a few redeeming qualities. Specifically, I enjoyed seeing Waller realizing that Sage is not the root cause of all the difficulties the Suicide Squad frequently faces. Furthermore, witnessing Amanda solve her problems with a greasy sandwich offers a glimpse of humanity into a character that is often portrayed as being apathetic. Meanwhile, Sage seeks the answers to his troubles at the bottom of a liquor glass. While attempting to drown his sorrows, Vic is approached by a representative from the Pearl Group. Although we are not given a clear description of what the group does, it appears that they work outside the law. It would be cool to see this new revelation result in Waller and Sage being pitted against each other in a more formal manner. Conversely, it could provide Waller and Sage the opportunity to face a new enemy on a unified front. Only time will tell what this new plot point will bring. The issue wraps up with the reveal of a new enemy that I will leave nameless at the current time.

This week was a mixed bag. The New Suicide Squad is a book rich with untapped potential. Being in its infancy, it would behoove DC to reevaluate the current writing and art team assigned to the book. At a minimum they should offer some strong insight into the direction in which the series should go. I would hate to see this comic become another victim to the paper laden DC chopping block.