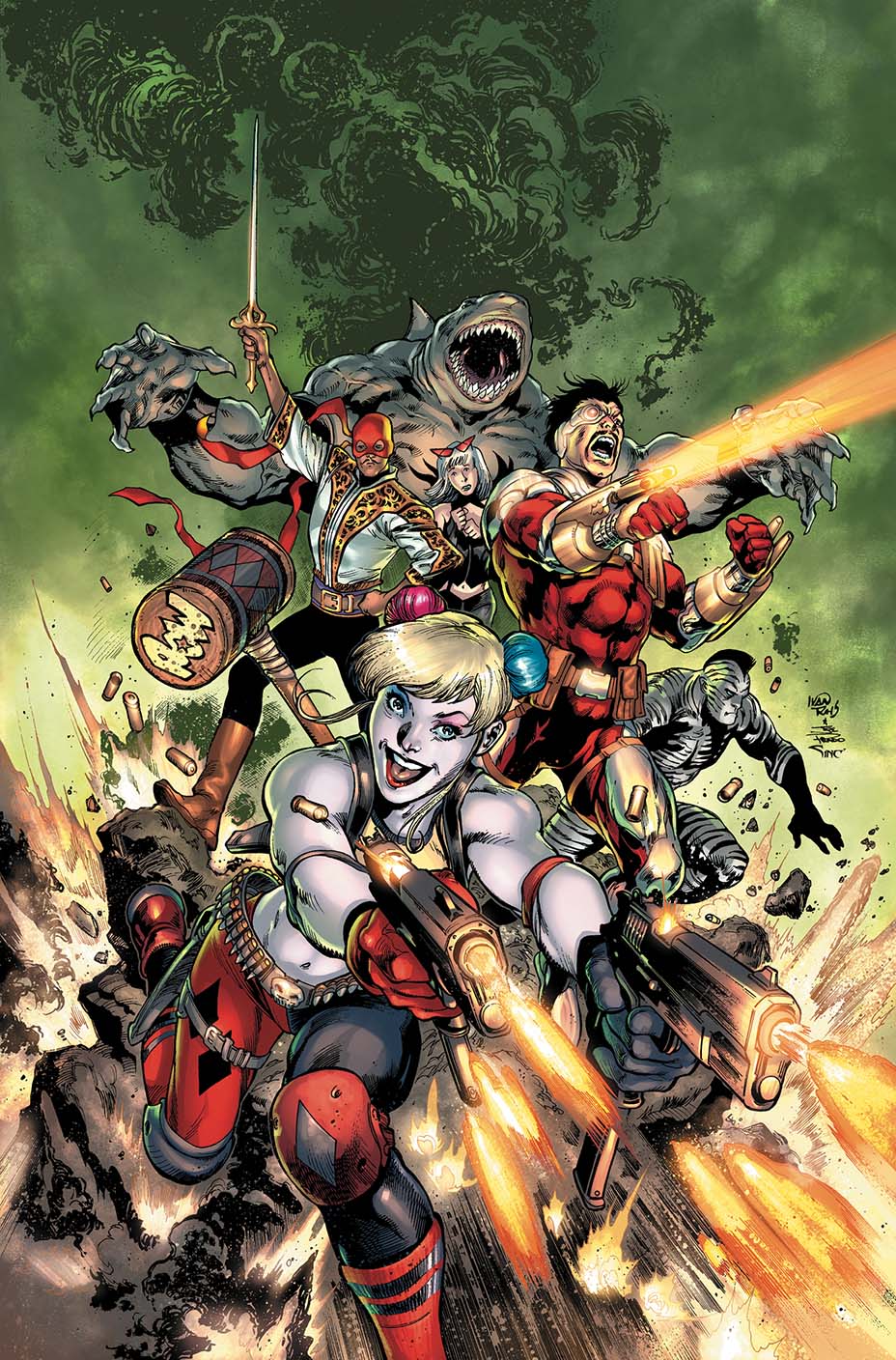 DC Comics has announced that Suicide Squad will be launching a new series from writer Tom Taylor and artist Bruno Redondo. A lot of the team may look the same as the last incarnation, but there are also a number of new members who will be making their way to the series. Taylor revealed a few details in an interview with Heat Vision.

On what makes this book different than the past:

For a long time, there’s been a sense of safety around the Suicide Squad. The anti-heroes and villains have gone out on the mission, fought dirty, won dirty and most of them have come home. In our book, that’s not the case anymore. The team we send out in issue one won’t all live through the first mission. DC characters with years of history are going to be confined to history after issue one. Truly, no one is safe.

There’s a new regime, and the new regime sees this team as assets and nothing more. They don’t care if they lose them in the field, they can always get more. And they do get more. Alongside fan-favorites like Harley Quinn and Deadshot, all-new characters are going to be debuting in this book. New powered people are coming, and they do not want to be there. This is the most divided the Suicide Squad will have ever been. The missions will be hard, but surviving each other may be the hardest of all.

On whether the creation of new characters is just a shield for existing ones:

Why create new characters to be cannon fodder when you have a list of established characters you can kill off? [Cackles maniacally.]

One of the main things I want to do with this series, and editors Brian Cunningham and Andrea Shea are with me one hundred percent, is to push the idea of these actually being suicide missions. No reader should know what to expect when picking up this book. We don’t want anyone reading our series and thinking, “well, they can’t die because they’re in the movie.” No one is off-limits here. Our new characters and some more obscure established DC characters offer us a chance to have real stakes. If someone dies in our team, they’re not coming back. We want readers going in with a sense of nervousness. Yes, there will be some despair for our team, but their victories will be sweeter. When and if they survive, it will feel big.

What other established characters to expect in the series:

We’ll absolutely see some more obscure villains. We’ll see some very early on, and I have a list of more I want to use if… say, unfortunate things happen to some of them. We have Cavalier, who I think is ridiculous, but the squad needs ridiculous, Shark, Zebra Man — who has great, unique powers, Magpie — who I’ve always associated with that first team-up of Superman and Batman, and others.

Besides Harley Quinn and Deadshot returning to the team, a number of other Batman villains will appear as well as mentioned in Taylor’s last comment. The question is, how many of them will make it out alive? Suicide Squad #1 hits stores on December 18 with a special forty-page issue priced at $4.99.