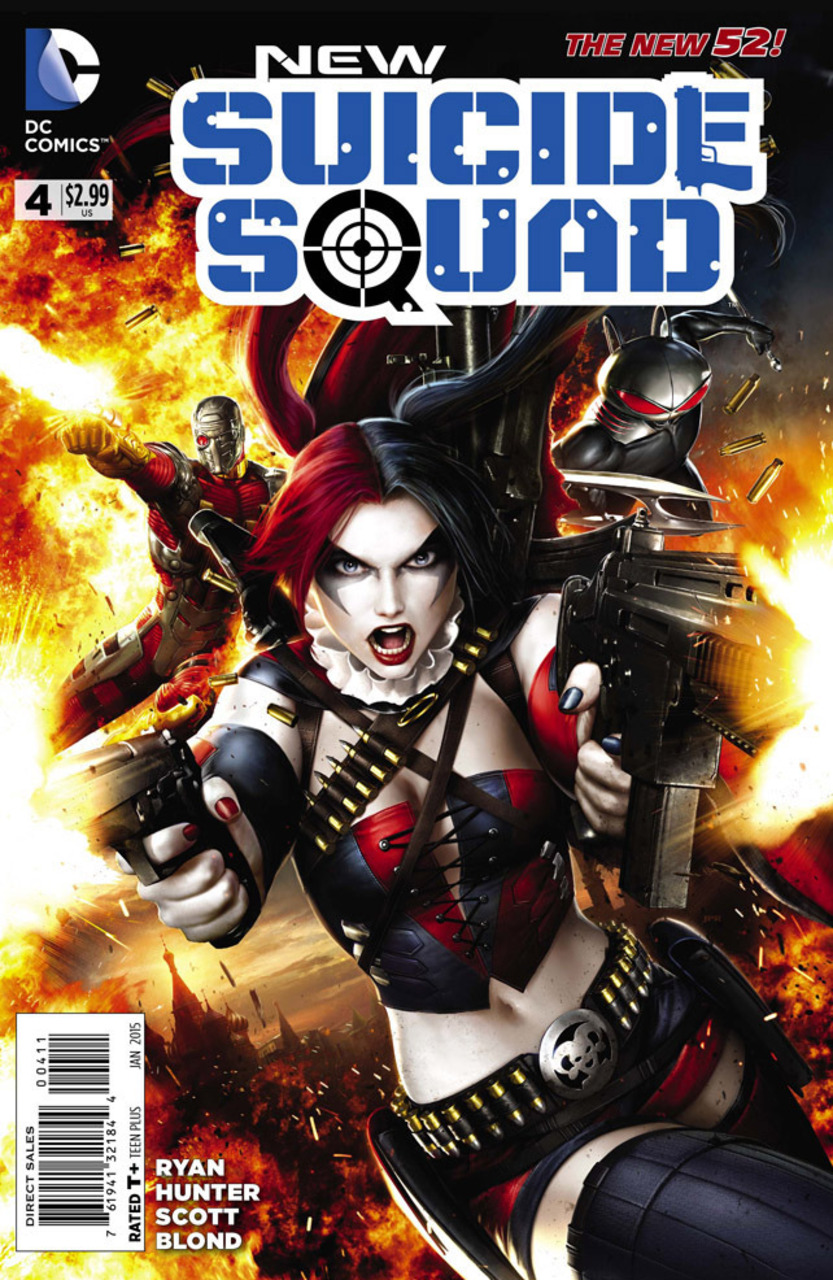 New Suicide Squad #4 is a demonstration of the role that power plays both inside and outside of the Suicide Squad. This month’s chapter, similar to last month’s, sees two members of the Suicide Squad squabbling for supremacy. Although this keeps the tension high, I feel that at this point in the series we are ready to exchange the internal struggles for a storyline that sees the team as a cohesive unit ready to attack every challenge as a single unit.

Last month we saw Harley Quinn butting heads with the still ghost-like Joker’s Daughter. In this month’s iteration we are confronted with Deathstroke on the verge of killing Deadshot in the name of mission completion. However, it’s the team-up of Manta and Harley that truly steals the show. Although Harley has seen a great deal of stage time in this series, seeing Manta share center stage is a breath of fresh air. Seeing these two characters together solidifies the need for a Suicide Squad in the DC universe. Vic and Waller quarreling seemed irrelevant and the series could benefit from placing leadership on the back burner and focusing more on the members of the team. Time will tell if Sean Ryan is able to make this plot point relevant to the overall impact of the series.

In order for the Suicide Squad to work, every member of the team needs to have a moment in the spotlight. This week’s addition to the mythos of the Suicide Squad effortlessly exhibits the effect the role that secondary characters can have on the overall impact of a series. Seeing Manta and Harley working as a cohesive unit was a great contrast to the conflict between Deathstroke and Deadshot.

This series is in the midst of fighting through the growing pains known to all of those who are attempting something new. Although the story is moving forward, Scott Ryan could benefit from focusing more on the external forces that the Suicide Squad faces and less on the internal factors that seem to fractionalize the team.