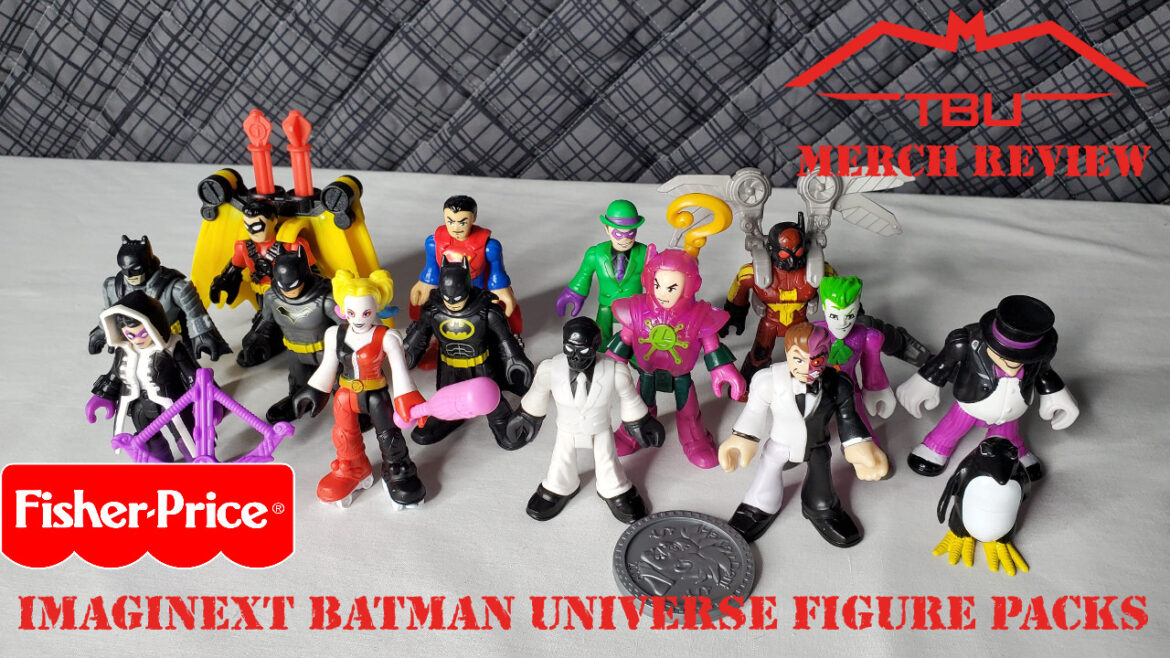 Fisher-Price has been creating a massive universe of characters since they began producing figures based on the DC Universe under their DC Super Friends line in 2008. Every year they expand the number of figures they offer with new heroes and villains, along with new versions of existing characters. Today, we take a look at Fisher-Price Imaginext Batman Universe figure packs that are available at Target right now.

Target has had a spot on their shelves for Fisher-Price Imaginext figures, especially the DC Super-Friends figures, for as long as I can remember. I have three kids and Imaginext figures were the perfect introduction to the DC Universe. Even when Mattel decided to pass on the licensing rights for action figures meant for an older audience, they kept the preschool age license, which includes the Imaginext figures. That shows that in some ways, the Fisher-Price line has been much more successful in the eyes of Mattel than the figures meant for collectors and older audiences.

We recently looked at the Fisher-Price Imaginext DC Super Friends Mystery Playcase which featured a number of exclusive figures. However, with those becoming harder to find, I thought it would be a good idea to showcase the figures you can currently find at retailers. I headed to Target and purchased the various two-packs and the deluxe six-pack. Some of these are found only at Target and others can be found at other retailers. In the future, we will head to some other large retailers and see what else we can find.

In the group today, we see a bunch of unique characters including a new Huntress and Harley Quinn along with new debuts for Black Mask and Firefly. Even the older characters that have been very common in other packs have received a facelift with new molds being used. Take a look.

If you are interested in purchasing any of the Fisher-Price Imaginext Batman Universe figures, you may be able to find these at retailers now. For the ones available on Amazon, you can find the Batman/Huntress pack, the Batman/Firefly pack, and the Riddler/Two-Face pack. It is hard to determine if the packs are exclusive to a retailer unless they have a label on the packaging, but that is uncommon on these types of toys. However, because of the global pandemic new offerings are going to be mixed with older offerings for a while as the supply chains were disrupted.