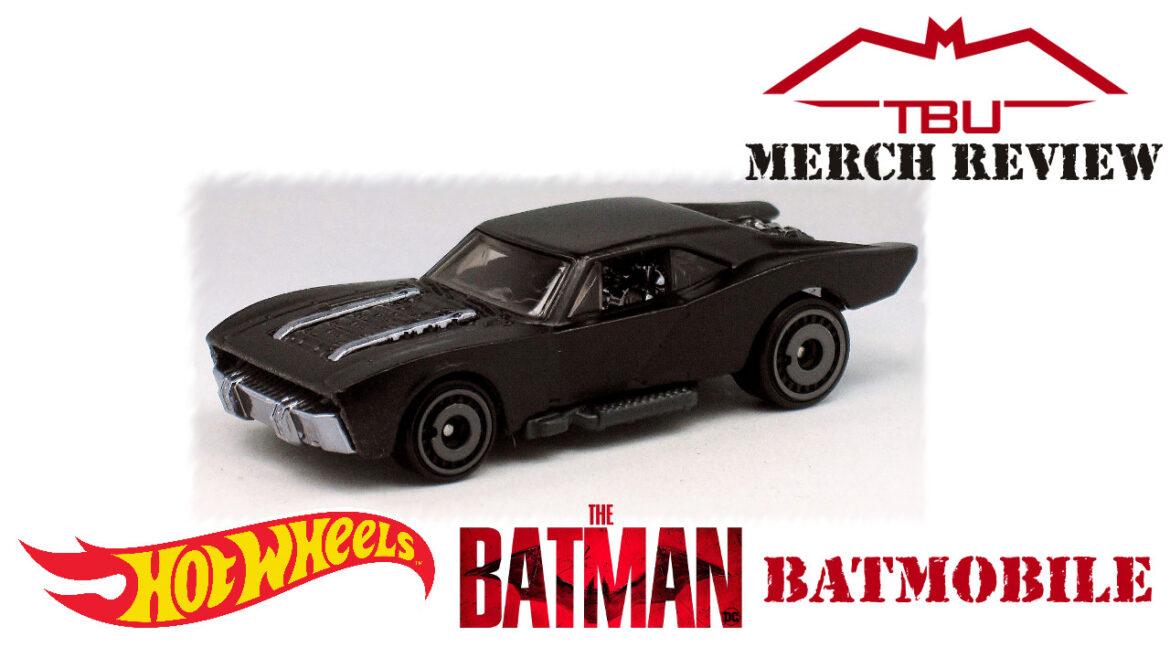 Our first TBU Merch Review of the week is a rather quick one given the size and complexity of the item. Today we are taking a look at the Batmobile from the upcoming The Batman as part of the Hot Wheels 2021 mainline of vehicle releases.

It isn’t a secret that The Batman was originally supposed to release in 2021. And that is why it makes sense that this vehicle was planned to be part of the mainline of vehicles for the year. The film is now scheduled to release in March 2022, but as we have already seen with other toy lines, the merchandise for the film is already starting to flow. Recently LEGO released a group of sets that feature the upcoming film and McFarlane Toys has numerous items representing the film as well.

Most of the various vehicles featured in the mainline come in multiple color schemes and The Batman Batmobile is one of them. The one we are reviewing is matte black, but there is also a glossy black out there as well. The matte black seems to be more in line with what you can expect in the film, but there will be plenty of other color schemes from Hot Wheels in the years to come. While the concept of the car is original, it does seem inspired by the Ford Mustang, Chevrolet Camaro, and Dodge Challenger. Let’s take a look.

With The Batman coming out in a matter of months, there will be plenty of new merchandise for us to take a look at. Is there something that you have seen announced that you really want us to review? Let us know in the comments section below. If you are interested in purchasing the Hot Wheels 2021 The Batman Batmobile, consider purchasing it using our affiliate link through Amazon, as it helps support future reviews along with everything else TBU does.