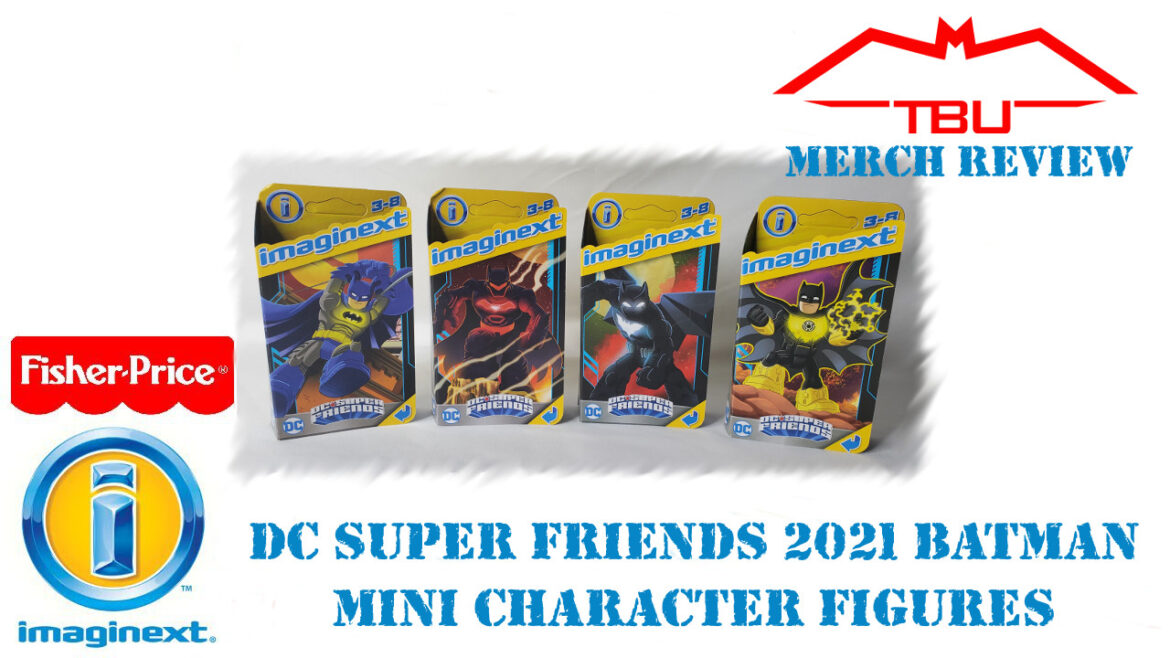 Our next TBU Merch Review heads back to the world of Imaginext. As we get closer to the end of the year, we are trying to get through more of the items we have sitting so we can concentrate on the newer items as they release in 2022. That brings us to the Fisher-Price Imaginext DC Super Friends 2021 Batman Mini Character Figures. The series consists of six total figures, but we will be taking a look at the four Batman Universe characters.

This new wave of figures seems to be Fisher-Price responding to blind bags and deciding to step back after having multiple waves of new figures. Rather than a blind bag, you get exactly the figure out of six that you want just by looking at the package. The wave consists of three Batman figures, Batwing, Shazam, and Black Adam. We picked up the four Batman Universe characters.

The first figure seems to be a version of Batman featuring his classic 1970s costume made most famous by artist Neal Adams. The second one is best known as the Hellbat suit, but given the age range that this line is geared towards, they decided to call it Apokolips Armor Batman, based on the appearance in Batman and Robin #33. Next is a new version of Batwing, who was already added to the line a while back. And finally, we have Yellow Lantern Batman. This figure has also previously been released, but this is a new version as well.

The one thing that makes all of these figures unique is the translucent plastic elements. This allows light to shine through which adds a much-enjoyed element that comes along with the 2021 Imaginext Bat-Tech Batcave. That said, let’s take a look at more detail.

The wave of figures we purchased were found on store shelves in Walmart. You can also find the Fisher-Price Imaginext DC Super Friends 2021 Batman Mini Character Figures on Amazon, and by using our affiliate link, you are helping support future videos along with everything else TBU offers.