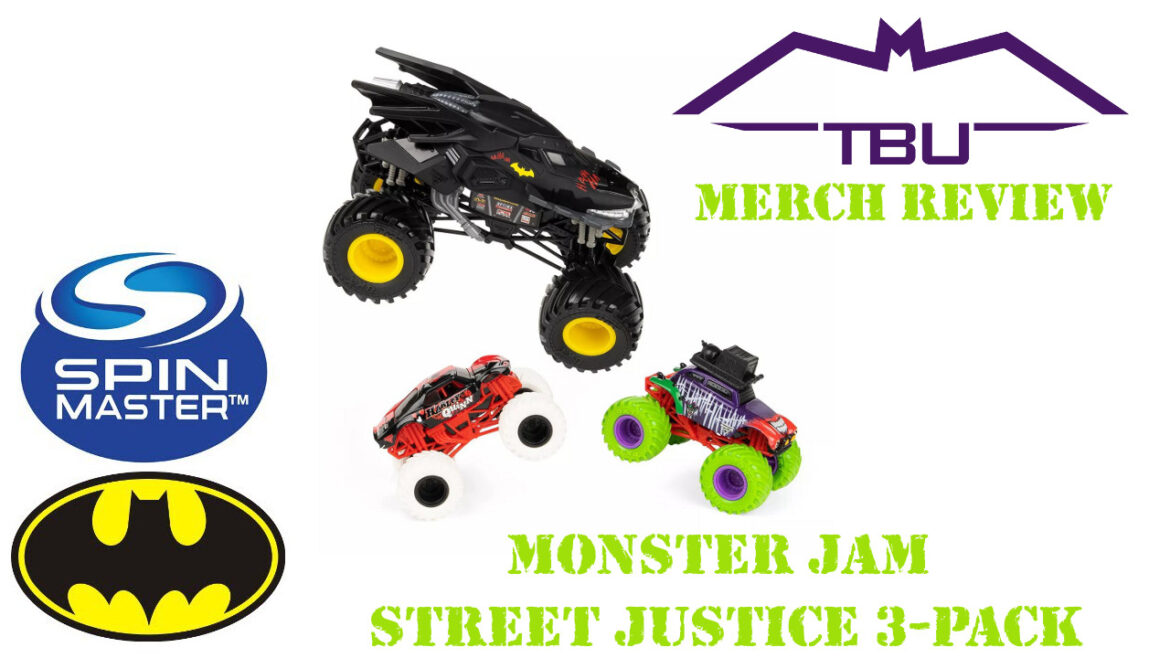 The latest TBU Merch review takes a look at something that is a little different than some of the recent items we have looked at. Rather than looking at more action figures either adult collectible ones are ones geared for play for children (don’t worry, we have plenty more of those coming), today we are looking at toy vehicles with the Monster Jam Batman Street Justice pack from Spin Master.

In early 2020, Spin Master took over the DC license from Mattel for action figures. At the time this was a big deal that was focused on since a number of new offerings were going to be made available from the company entering the Batman Universe scene. What wasn’t as focused on was the fact that Spin Master also acquired a licensing deal for Monster Jam the year prior to them gaining the DC license. Mattel previously held the license for Monster Jam but their contract ended in 2018 and Spin Master stepped in at the beginning of 2019.

What that means for collectors is that the two licensing deals in place give Spin Master the ability to make a variety of items featuring both themes. While I can not confirm with certainty, it appears that this new set is the first crossover of the two themes under Spin Master. But for a crossover, it goes all out and features three different vehicles in one set.

The new set features a 1:24 scale Batman truck, a 1:64 scale Joker truck, and a 1:64 scale Harley Quinn truck. All of them have features you would expect from Monster Jam vehicles. Let’s take a look.

The set is simple in what it includes, but complex with three different vehicles in a single set. The different scale sizes for the trucks make it unique and worth checking out for that larger-than-life element that Monster Jam vehicles offer. While this is intended to be a Target exclusive set, if you are interested in purchasing the Monster Jam Batman Street Justice 3-pack, consider using our affiliate link on Amazon, as it helps support future reviews and everything else we do here at TBU.