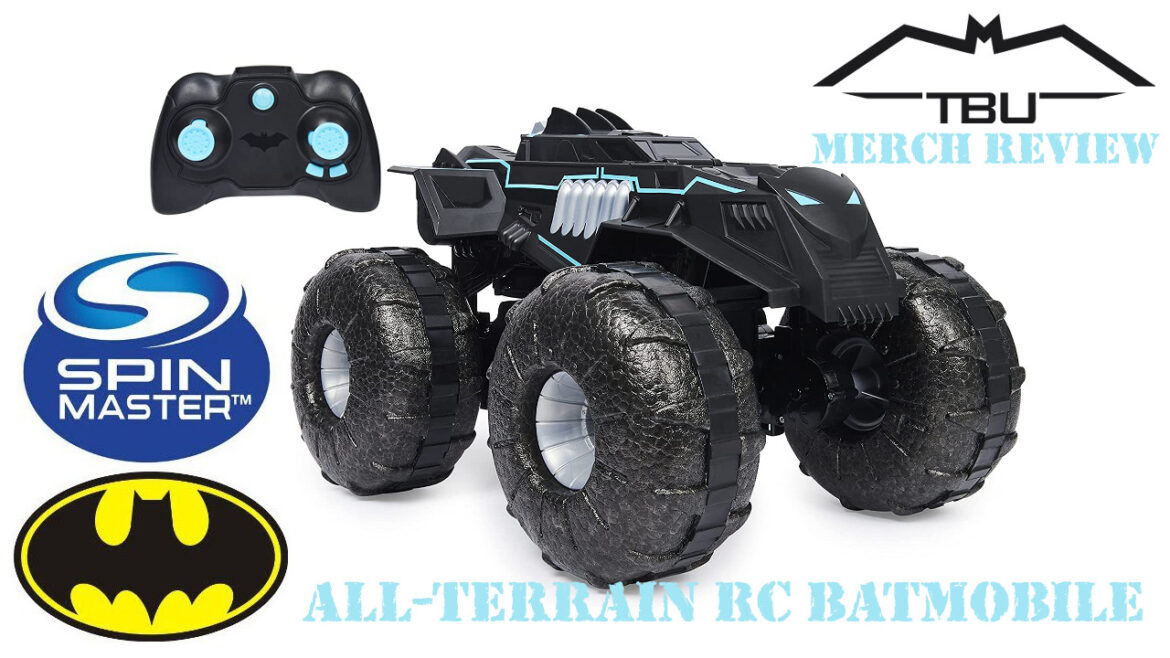 This new offering was released in the second half of 2021 and can currently be found at various retailers. There are some unique elements to this new remote control vehicle that make it very different than the past Batmobiles offered from Spin Master. This is the third remote control vehicle from Spin Master as part of the Batman line. The first was the one we looked at a few weeks ago and the other was one that was released during the second half of 2020. We reviewed that one earlier this year.

The big difference between the two outside of price was that one was able to be used alongside the four-inch figures that Spin Master offers. This new All-Terrain Batmobile also can be used with the four-inch figures as it has a locking cockpit specifically designed for the action figure line.

The major difference with the new release is that it is much larger, but there is a reason more than just what you would think. Sure it looks like a monster truck, which is cool by itself, but the wheels are oversized so that the vehicle can manage to perform in various terrains. Outside of the typical dirt and grass, this vehicle states it has the ability to work on top of water. While this time of the year is not ideal for testing that, we may come back in the summer and do some outdoor tests to see how well it works. Let’s take a look.

As mentioned earlier, this item is readily available at retailers everywhere. It was also named one of the top toys of the holiday season for 2021. If you are interested in purchasing the Spin Master Batman All-Terrain RC Batmobile, consider using our affiliate link through Amazon, as it helps support these reviews and everything else we do here at TBU.