TBU Versus: Volume 2-Batman vs. Lex Luthor Round Five 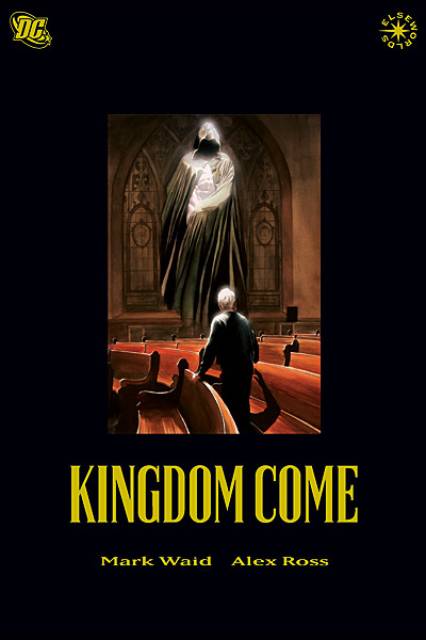 Welcome to the fifth round of Bruce Wayne/Batman versus the Man of Steel’s arch-nemesis, Alexander (Lex) Luthor. We will be examining Mark Waid’s seminal graphic novel Kingdom Come. Batman is still leading, with three of the last four rounds going to Bats while Lex has only one round under his belt. Let’s jump right in. Batman: To protect humanity from the metahumans, protect his metahuman allies from themselves, stop Luthor from escalating the metahuman conflict and from gaining power and world domination through manipulating events and individuals, including Billy Batson. Point.

Lex Luthor: To use the Mankind Liberation Front to escalate the conflict between the generations of metahumans. He wishes to gain world domination through manipulation of Billy Batson, and other resources. Point.

Batman: The actual amount of time he’s been preparing is unknown. However, he has built several android Bat protectors that protect and patrol Gotham. He eventually infiltrates the MLF and tricks Lex into mass-producing more of his Bat androids to use to subdue the metahuman conflict. Point.

Lex Luthor: He has watched and waited patiently. He has been recruiting metahumans of all kinds to help with his escalation plot, as well as manipulating Billy Batson with the use of a little item he got from Dr. Sivana. He certainly deserves a point for controlling the world’s mightiest mortal. Point Batman: Incredibly cautious as he infiltrates Luthor’s criminal organization. Vigilant all these years after Clark left the world and continued to protect Gotham even after his identity was revealed. More importantly, despite his weakened body, he uses his metal soldiers to protect his city. Point.

Lex Luthor: Could have been more cautious, as Bruce tricks him considerably towards the end of the book. However, this can be overlooked as his manipulation of Billy Batson is the reason Bruce decides to infiltrate his organization. He gets the point. Batman: Bat androids used to patrol and protect Gotham. Eventually, mass-produced in Luthor’s factories in order to have a force large enough to help to subdue the metahuman prisoner population of the Gulag. An exoskeleton for his body to replace his own weakened physical form, without invasive surgery or radical physical alteration. A Bat-suit designed to fit on, around, or over his exoskeleton. Point

Lex Luthor: Only one gadget/device to be of note. Lex utilizes the mind-controlling worms that Dr. Sivana created to manipulate the mind of the impressionable Billy Batson. Point

Both adversaries neither gain nor lose an advantage from this criteria point. No points awarded to either of them.

Batman: Ted Kord, Oliver Queen, J’onn J’onnz, other metahumans he has infiltrated into the MLF. Point! Admittedly, the first time I read this story, it was Bruce that blew me away. Hindsight is a more objective tool when determining who wins these things. I have seen the impact of Lex’s choices on the story as a whole. Ultimately, due to his manipulation of Billy Batson, Lex gains the attention of Bruce but is completely under the radar of Clark (as usual).  Thus, I’ve decided to give the final point to Lex, over Bruce. Otherwise, we would have a tie. And honestly, there’s no point in ending these in a tie. You wanted to see who would win. Well, Lex would definitely have a superior advantage in his ability to manipulate Billy Batson. (Though I will say Bruce defeats Billy and Lex quickly, especially upon realizing it’s Billy, not Captain Marvel that stands before them). Point to Lex Luthor

Thus, at the end of the round, Bruce has five points and Lex has six. Luthor wins this round.