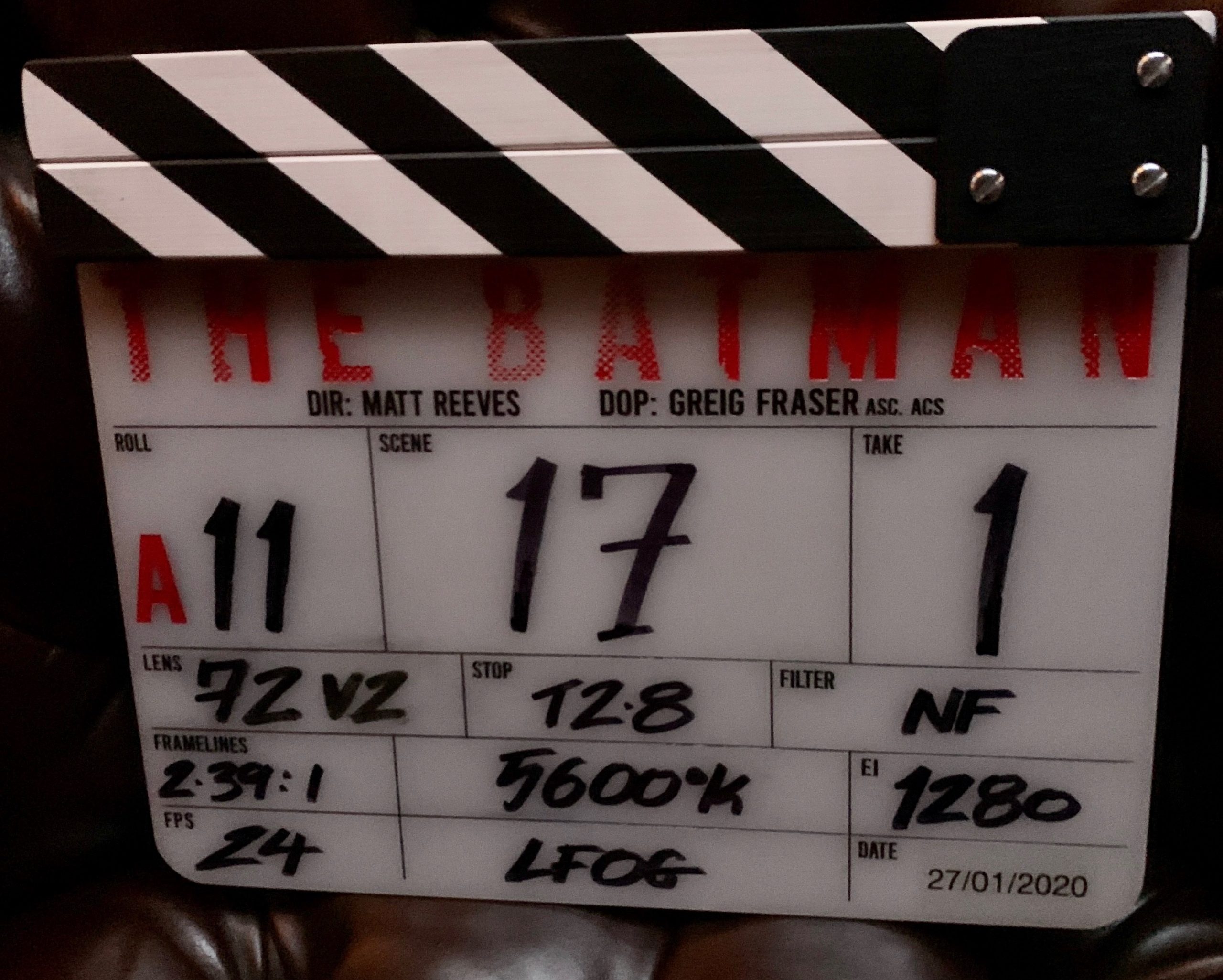 Yesterday, director Matt Reeves sent out a tweet confirming that principal photography has begun on the next Batman film. This marks not only the first official still from the production of the film, albeit one featuring what looks like a leather chair and a film clapperboard, but the first time that the title ‘The Batman’ has been used in any sort of official capacity.

Batman was created by Bob Kane with Bill Finger. Based on characters from DC, “The Batman” is set to open in theaters June 25, 2021 and will be distributed worldwide by Warner Bros. Pictures.

Combined with the tweet, it is probably a sure bet that the film is in fact entitled “The Batman”, so we will continue to refer to it like that going forward.

Also of note is the reveal that actor Peter Sarsgaard will be playing an original character, D.A. Gil Colson and not Harvey Dent/Two-Face as had been speculated. With a roster of characters that includes the Riddler, Penguin, and Catwoman, this is probably for the best. This is the first movie in what will be a new series of Batman films, and while it’s exciting that we appear to be getting a film where Batman’s world is more firmly established than what we’ve previously seen in films before, there is really no reason to crowd the movie with all the A-list villains in the first film.

With the announcement of principle photography having begun, it’s also very possible that the set photos that have been making rounds over the last few weeks were second unit coverage, maybe for quick shots and exteriors before the film locks down in the secrecy of Warner Bros. Studio Leavesden, where much of the film will be shot.

With anticipated shooting beginning soon in Glasgow, Scotland, which will be used for portions of the Gotham skyline according to Scottish media, rumors persist that we could be headed for our first look at Robert Pattinson as Batman or the new Batmobile soon.  Given how most of the official information has been released, I would recommend keeping a close eye on Matt Reeves’ Twitter.