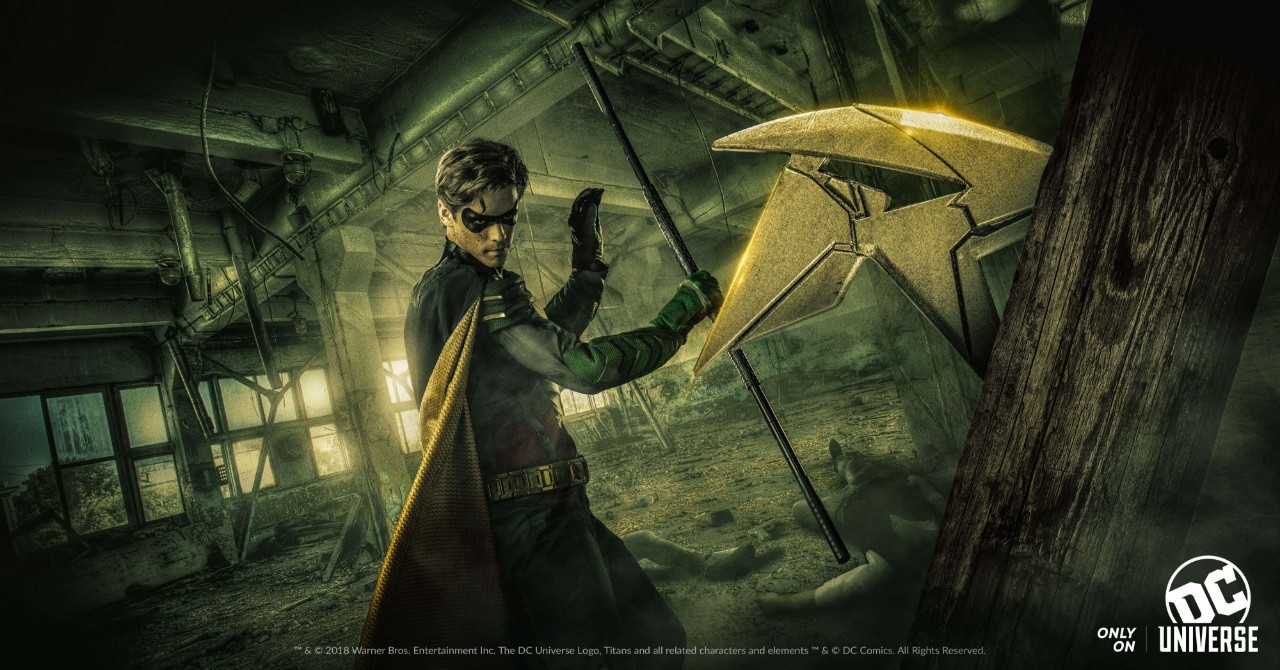 Titans, the dark re-imagining of the classic teen super team will make it’s debut on the DC Universe streaming service starting October 12. In a strategy that can be assumed to keep as many people subscribed to the service for as long as possible, the show will not be released all at once but rather the twelve episodes of the first season will be released one at a time on a weekly basis. DC and Warner Bros. have also released new character images from the show featuring Robin, Beast Boy, Raven, and Starfire. The images have a sepia-tone to them while each character is surrounded by scenes of grime and destruction. This is definitely as far from Teen Titans Go! as you can get with the show.

Are you excited for the darker take on Titans and will you be watching day one on October 12? Let us know in the comments below!