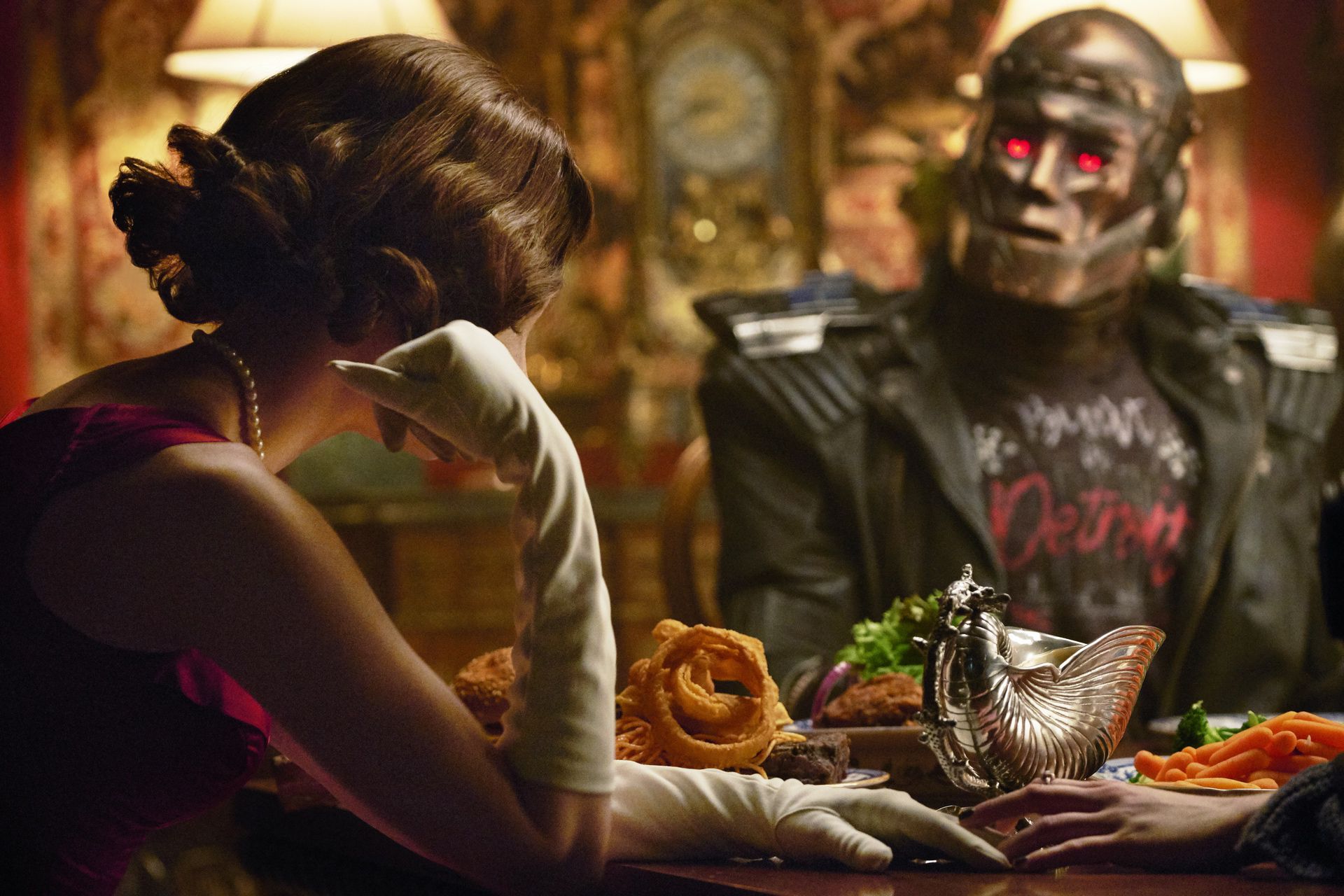 Synopsis: Now aware of Rachel’s power, Dick and Kory unite to find her.  Escaped from the convent that sought to imprison her, Rachel puts her trust in Gar who reveals his own transformative powers.  Seeking refuge, Gar brings Rachel home to his “family” – a group of misfit medical experiments we will come to know as The Doom Patrol (including Cliff Steele aka Robotman, Larry Trainor aka Negative Man and Rita Farr aka Elastiwoman) – in hopes of helping the girl. But what starts as a place of comfort for Rachel, soon turns dark under the scientific curiosity of The Doom Patrol’s leader Dr. Niles Caulder, whose experiment into Rachel’s powers threatens to set free a darkness, and reveal a new level of evil waiting to escape.

Sound off below with thoughts of the fourth episode after watching it exclusively on DC Universe.