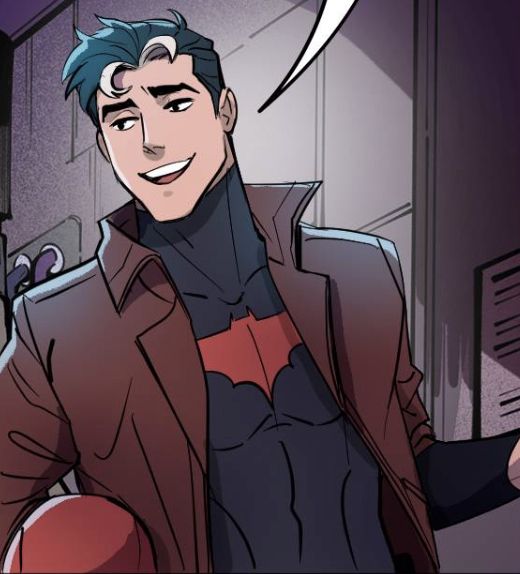 Last year, DC Comics and WEBTOON, the world’s largest digital comics platforms, teamed together to release Batman: Wayne Family Adventures featuring a variety of Bat-Family members including Red Hood. The series has since then become pretty popular, with a million subscribers and over thirty-five million views. It’s personally one of my favorite comics, whether it be DC mainstream or WEBTOON (and I read a lot of both). I make sure to never miss a drop. The shorter, more character-based stories appeal to the newer and younger audiences as well as old die-hards who love seeing the Bat-Family interact.

It’s with much excitement that we report that DC and WEBTOON will be coming out with even more titles including ones featuring Vixen and Zatanna. The title that will likely excite fans of the Batman Universe is a new series called Red Hood: Outlaws. The new series will feature Red Hood teaming with Artemis of Bana-Mighdall and Bizarro. That may sound familiar as the last incarnation of the standard comic series using the same title featured the three characters grouped together. DC released a brief synopsis of the new series.

The Outlaws try to go legit—and fail spectacularly. The Justice League has issued a challenge to Red Hood, Artemis of Bana-Mighdall, and Bizarro, who have to try and replace their goody-two-shoe counterparts as the heroes the world neither deserves nor needs.

In this original series, the Outlaws will battle some of DC’s biggest Super-Villains and Super Heroes—but their biggest battles are among themselves. Can this team last? And can they find their own identities separate from Batman, Wonder Woman, and Superman?

With the new series set to launch in the summer of 2022, fans can look forward to the return of the Outlaws. And until the new series featuring Red Hood drops, you can check out Batman: Wayne Family Adventures from DC and WEBTOON for free now!