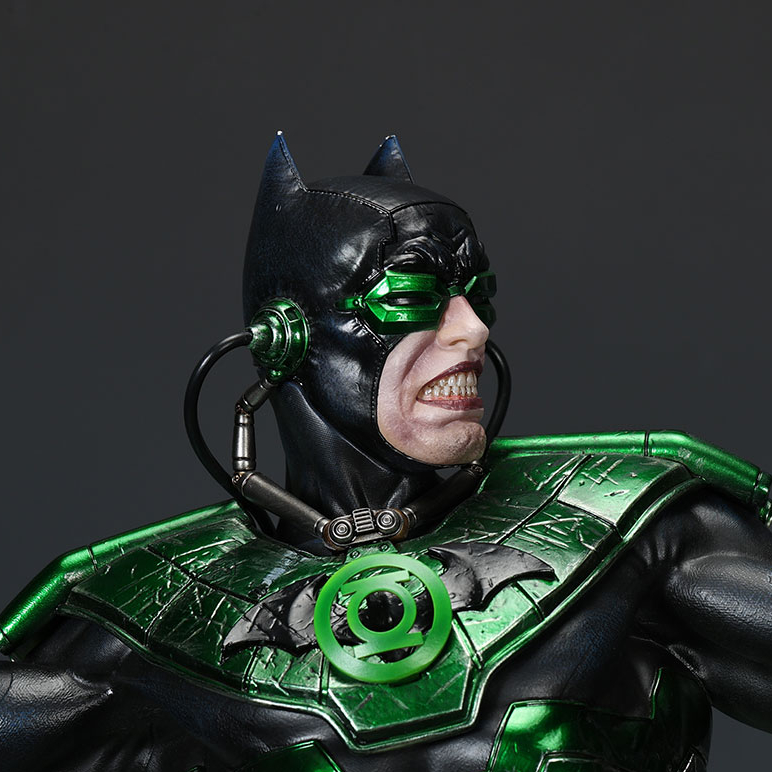 XM Studios has released details for their latest Dark Nights: Metal premium collectible statue, which features Dawnbreaker. The one-fourth scale statue measures about twenty-two inches tall. The statue features two different head sculpts and a podium to display the other portrait.  It is priced at around $1,100 and is only available to select countries in Asia. If you are located in one of the areas the statues are being made available, you can head over to XM Studios to preorder now.

The Dawnbreaker Premium Collectibles statue features:
-Two (2) Portraits: 1 with an opened jaw, 1 with a closed jaw featuring a snarling face.
-One (1): 1 podium to display the other portrait alongside the statue
-Highly detailed sculpt featuring The Dawnbreaker standing on top of nightmarish constructs derived from the dark void of his mind while in an attacking pose, poised for battle.
-Crafted in polystone
-Each painstakingly handcrafted statue is individually hand-painted with the highest possible quality finish

Hailing from the Dark Multiverse, The Dawnbreaker is an evil green-lantern powered counterpart of Batman in his multiverse.

This statue features The Dawnbreaker brandishing his power ring while standing on top of nightmarish constructs derived from the dark void of his mind while in an attacking pose, poised for battle. There are 2 head switch outs, one with an open jaw to showcase The Dawnbreaker mid-scream while lunging forward and one with a closed jaw, featuring a snarling face.

This release also features an additional torso pedestal that collectors can feature alongside the statue.