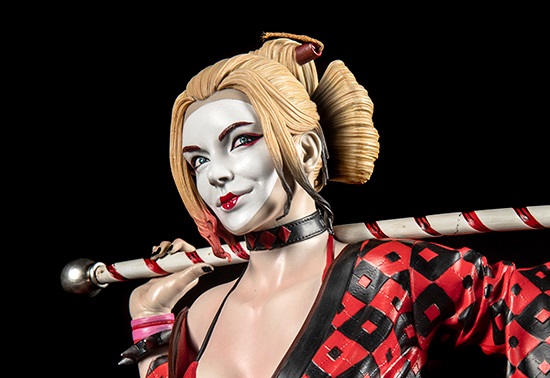 XM Studios has released details for their latest Samurai Series statue, which features Harley Quinn in cold-cast porcelain in a one-fourth scale. It measures about 17.75″ and features three interchangeable heads and light-up headlights and lanterns. It is priced at about $1,000 and with the statue being made-to-order. You can preorder now over at XM Studios.