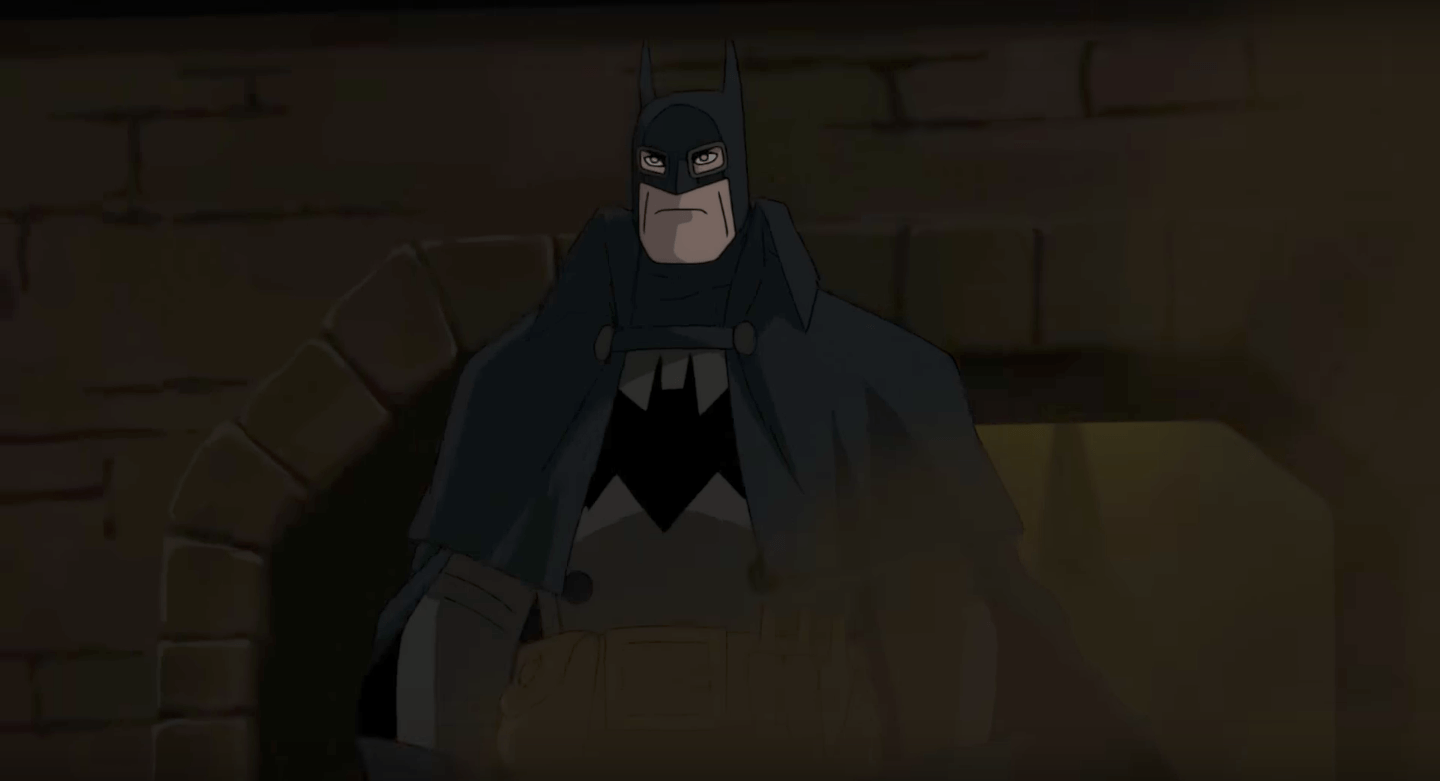 During Martin Luther King Weekend, DC Entertainment held an experimental convention in Washington D.C. called “DC in DC 2018”. The first night, January 12, was devoted to the world premiere of “Batman: Gotham by Gaslight.” Before the movie was screened, TBU intern Ben and I attended a press session with the cast and crew of the movie.

Yuri Lowenthal (voice of Harvey Dent) on his version of the character, “This Dent is not necessarily someone you’d look up to. He is, scumbag is a strong word to use, but he’s not a role model. Whereas I think a part of the beauty that Dent is in a lot of the more modern versions is that there’s this part that people see and like ‘I like that guy’ which makes the Two-Face always something much more exciting. He’s not your best friend,” Yuri later added. He looked across the press table and amused by Ben’s young age, asked him if he had a question. Ben responded by asking Yuri what it was like to play a different version of Harvey Dent and he replied, “I’m a big comic book nerd from way back, so I’ve seen Harvey Dent in a lot of different iterations. I was also familiar with Gotham by Gaslight. I’m a big fan of Victorian era storytelling and alternate Victorian timelines and steampunk stuff and all of that. It was really exciting for me to play a character that I knew really well, but in a completely different world and a different setting. It was fun. It’s like getting to play Harvey Dent, but in Sherlock Holmes’ world.”

Screenwriter Jim Krieg talked about the challenges of adapting the comic to screen. “It’s a beautiful piece. It’s a beautiful graphic novel. It’s very short. The art is super evocative, and it pulls you into this world. Because it’s so short, the mystery isn’t quite as played out as you could do it. With 72 minutes we tried to stretch it and say ‘who is this person in this universe?’ We want to visit all of our Gotham City cast members in a Victorian setting. Who are they and how have they changed?” Jim said. “In the graphic novel, the voice-over covers a multitude of information. In an animation it’s exactly the opposite. You want to have as few words as possible,” he later added.

Scott Patterson (voice of James Gordon) revealed he got into Batman through the Adam West series. “We were not allowed to watch it growing up because it was on at 8 or 8:30 and that was past our bedtime. And we would plead and plead and plead, but we’d always lose,” Scott recalled. Scott still marvels at West’s acting ability. “You don’t know why it’s so engaging when you’re a kid, but then you become an actor with somewhat of a resume; now I’m coming from a more informed place. I just can’t imagine every taking on a role like that and sort of delivering that type of performance,” Scott mused. Scott was never a fan of the Gordon character, but gained a new appreciation of him while making the movie. “The Commissioner Gordon character to me was always animated and funny and vibrant, but I never really latched on to it as a fan,” Scott said.

Executive Producer Bruce Timm talked about the story changes made from the original comic. “Instead of adding a whole separate story to it, we kind of just took the whole thing and stretched it out. In rereading the original comic one of the things we realized is that it’s structured like a mystery, but there’s only one person who could possibly be the villain; the Jack the Ripper character. The minute he walks on stage you kind of go ‘oh we know who Jack the Ripper is.’ It’s really good in a mystery to have multiple suspects. So that was one thing that enabled us to expand the cast, kind of misdirect the audience several times hopefully to who actually Jack the Ripper turns out to be,” Timm said.

This is the second R rated animated Batman movie in less than two years. I asked him is there was any push back from that. “Once we established that we were able to do an R rated animated Batman movie, we had to have a big sit down meeting with everybody and say ‘now going forward we’re not just going to make these movies however we want and see how they get rated’. DC is very sensitive to their characters and they feel like it would hurt the brand if we just kind of did this straight up and down ‘from now on all the movies are going to be rated R’. Going forward, we basically said ‘ this movie may get an R rating. Would you guys be ok with that?’ Looking at the subject matter of Batman: Gotham by Gaslight they said ‘yes, if that one gets an R rating we’d be ok with that,” Timm said.

Bruce Greenwood (voice of Batman) was really looking forward to seeing how this one turned out. “I had a great time doing this one, but I haven’t seen it yet,” he said. He’s played Batman many times, including the critically acclaimed “Young Justice” cartoon. When asked if he would be in the new episodes he said, “I’m trying to get back to do the recording. We have to try to finish it by the end of January,” he said.

After the press session concluded, a cocktail party was held in the lobby of the Newseum. There was an open bar and plenty of snacks. Guests were mingling with the cast and production staff of the movie. Popcorn, sodas and candies were handed out when it was time to be seated in the auditorium.

Despite my decades of Batman knowledge, I’m ashamed to say that I’ve never read the original “Gotham by Gaslight.” This meant I was going into the movie with a mostly blank slate. It’s usually hard for me to emotionally connect with an Elseworlds story because I feel they “don’t count”. I’m pleased to say I enjoyed the movie.

It had all the right elements of a Batman story. The mood was dark and gritty. The story was also a mystery that utilized Batman’s detective skills. The year 1889 is more than just a cosmetic setting. It helps drive the story elements and makes this different than a standard modern day Batman tale. Women are treated as second class citizens while men rule the world. Scientific theories are prehistoric. Even the Batmobile is a sight to behold.

Bruce Greenwood returns for Batman again and he continues to make the role his own. While Kevin Conroy continues to be my favorite Dark Knight voice, I don’t miss him when I hear Greenwood. Greenwood owns the role whenever he speaks and has only improved as time goes on. Jennifer Carpenter’s Selina Kyle is interesting as well. This version of Selina is a strong independent woman at a time when women were discouraged from having any of those traits. Carpenter plays a Selina Kyle who is ahead of her time but stuck in a period where that’s a detriment. She pulls it off well. She may be my favorite part of the movie.

The animation was well done, and evoked the Mike Mignola artwork perfectly. The mystery was satisfying and had some twists I didn’t see coming. We are given a few suspects for Jack the Ripper and I guessed wrong. I’m usually very genre savy when it comes to mysteries but the movie was able to shock me. The climax was very intense. The movie earned it’s R rating, but not in a gratuitous way.

Gotham by Gaslight is available for digital download on today and Blu-ray on February 6. You can pre-order your copy of the film on Blu-ray by heading over to Amazon.