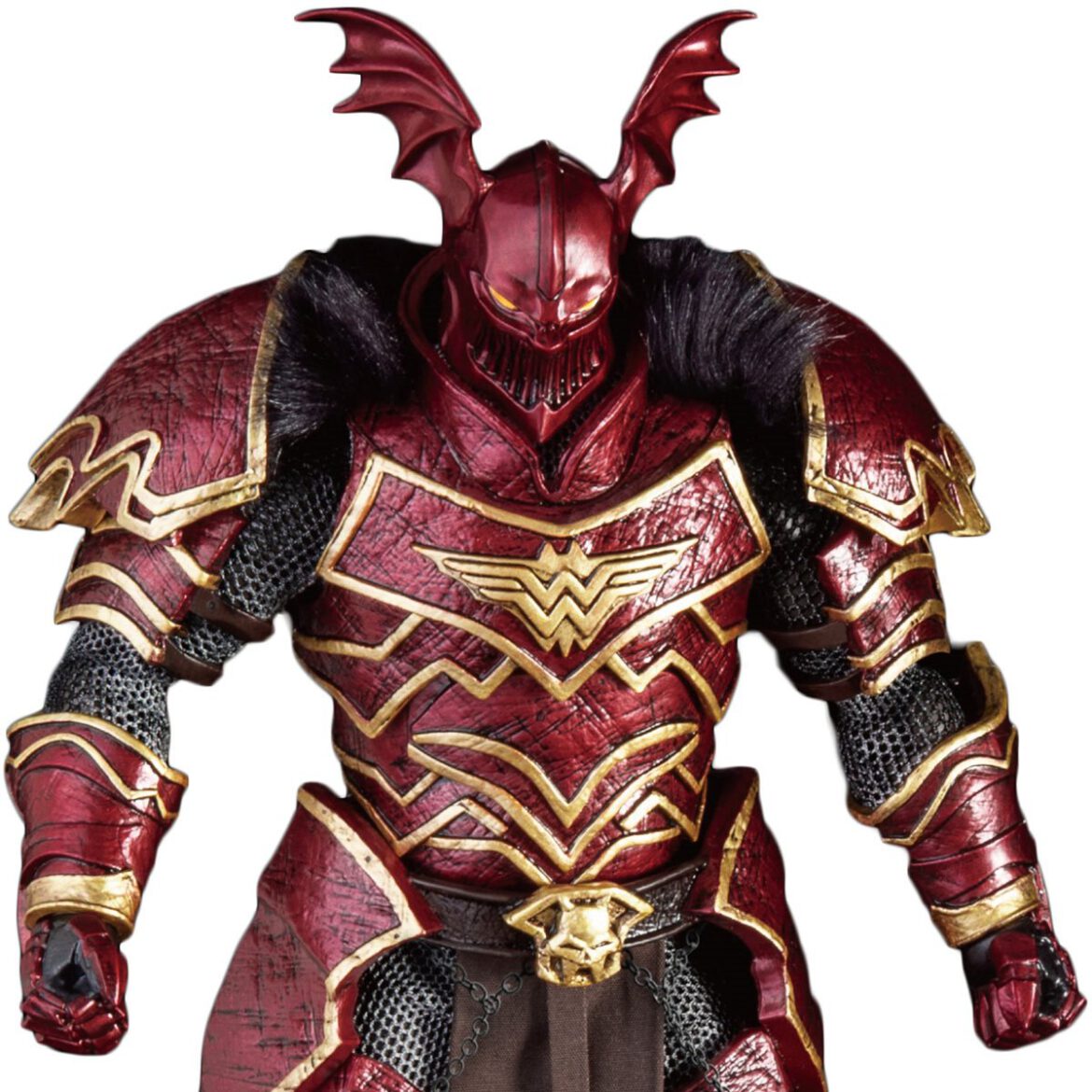 Beast Kingdom has released details for their latest DAH (Dynamic 8ction Heroes) figure, which features a red version of Batman: The Merciless from Dark Nights: Death Metal. Previously, Beast Kingdom released a standard version in blue, but this new version is a San Diego Comic Con exclusive through Previews. The one-ninth scale figure measures just over eight inches tall and features many articulation points, interchangeable hands, weapons, and head sculpts. It is priced at $118 and is expected to ship in August 2022. You can preorder the figure now at Entertainment Earth. 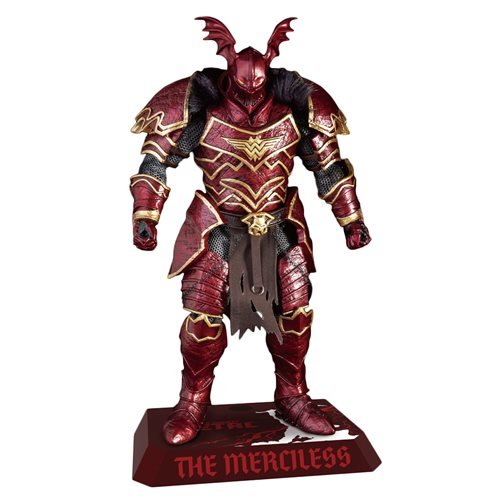 From DCs Multiverse Earth 12 storyline, Batman, who now wears the helmet of the Greek God Of War, Ares, has transformed into a maniacal, world conquering villain! Beast Kingdom presents the remarkable Dark Nights: Metal Batman Merciless Red Version DAH-070SP Action Figure – San Diego Comic-Con 2022 Previews Exclusive! Measuring approximately 8-inches tall, this ruthless rendition of Batman features 18 points of articulation along with crimson medieval armor and chainmail. The imposing helmet even features a light-up function! The Merciless comes with the God Killer sword, set of replaceable hands, and lightning effect parts. Also included are three unique head sculpts all showing a battered and angry Bruce Wayne, who is ready for war. This special edition San Diego Comic Con exclusive set is limited to only 600 pieces in the US and comes with its own limited warranty card!