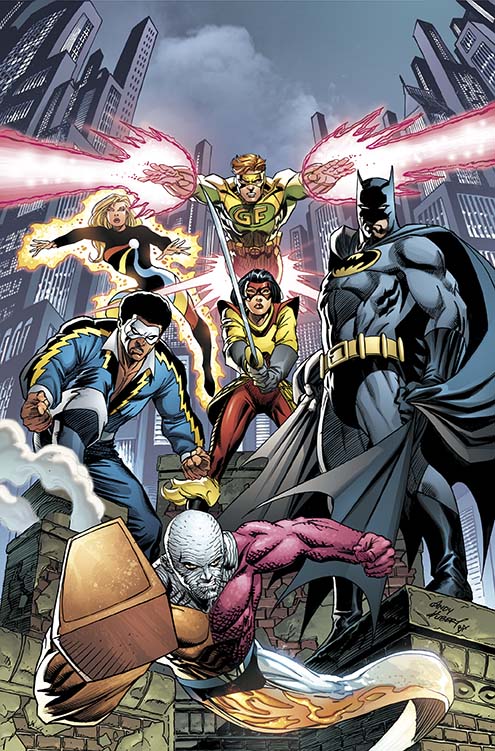 Still don’t know about Convergence? Well, it is almost here! The massive event covering almost every aspect of the DC Universe as far as history and characters is right around the corner. DC recently released a guide to Convergence on their site detailing the majority of the areas that will be focused on during the event. The first issue of the event releases next week in Convergence #0, but everything else kicks off on April 8.

Another week has passed and that mean more pages from the upcoming Convergence event. This new group of pages comes from Convergence: Batman and the Outsiders #1. Just like last week’s pages that we revealed, the two pages do a great job of giving a short but detailed history of the Outsiders. Written by Batwoman scribe Marc Andreyko with art by Carlos D’Anda, who most recently worked in the Batman Universe on the Batman: Arkham City digital series, the official solicitation for the series reads:

STARRING HEROES FROM CRISIS ON INFINITE EARTHS! After a year under the dome, the Outsiders have gone their separate ways, but when OMAC attacks, Batman must find out if they have what it takes to still be a team.

batman and the outsidersconvergencedc comics