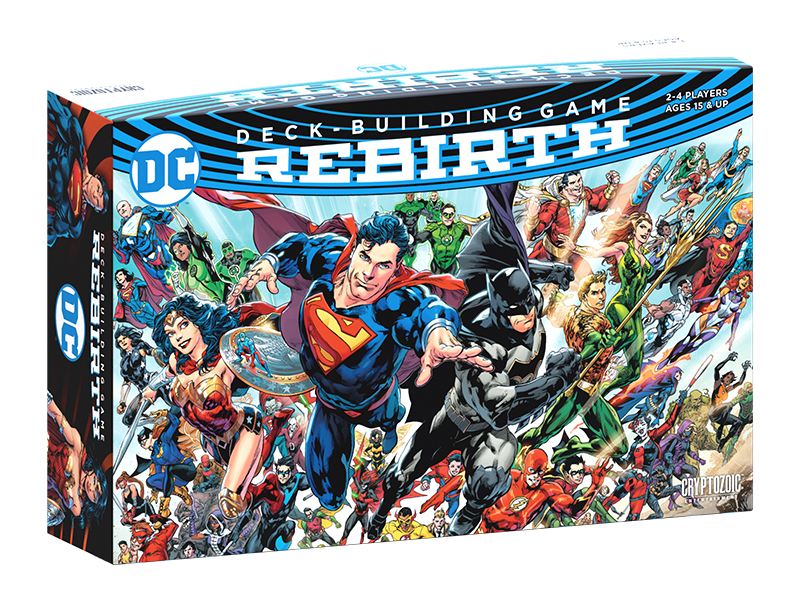 DC Deck-Building Game: Rebirth will be available at Gen Con and hobby retailers across the US starting August 1 for a retail price of $45. If the game is bought at Gen Con, there is an exclusive card available while supplies last. You can pre-order your copy of the game over at Entertainment Earth now. In DC Deck-Building Game: Rebirth, players can play as members of the Justice League: Superman, Batman, Wonder Woman, Aquaman, Cyborg, The Flash, Jessica Cruz, and Simon Baz. Position matters, as players must move their characters around the cityscape to find the cards they want for their deck and to stop Villains.

Each Scenario includes special rules, new cards, and different Locations. There are even Side Missions that players can take on to gain new cards and repair Locations. The game is played cooperatively, but there are Competitive and Solo Modes as well. It is compatible with other games in the DC Deck-Building Game series.