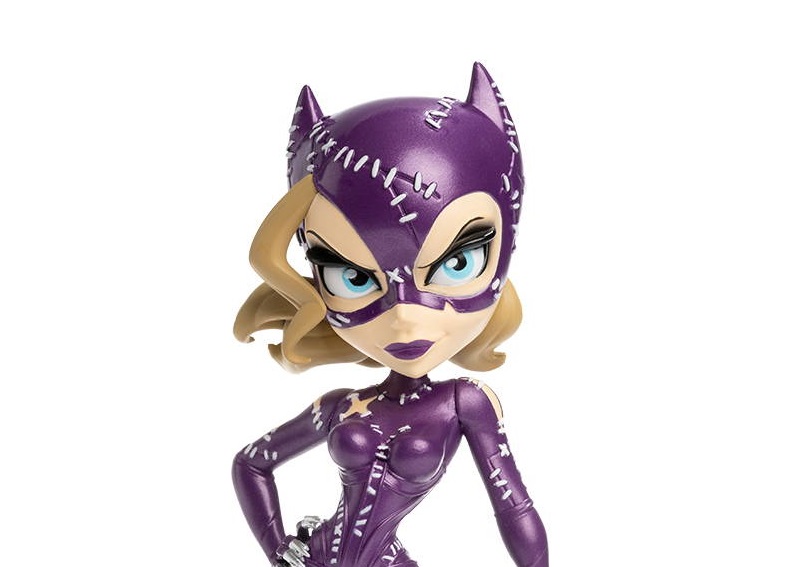 Back in March, Cryptozoic Entertainment announced a new Batman Returns collectible figure. At the time, there was word that there would be a limited edition figure and now Cryptozoic has released further details for the Hello There Catwoman figure. The new figure is very similar to the original figure except that it is now a purple-colored variant. The limited run will consist of seven hundred and fifty pieces. It is priced at $34.99 and will be available to preorder on Cryptozoic’s eBay page on April 29. The figure will also be made available directly at Cryptozoic and on Amazon on June 1. 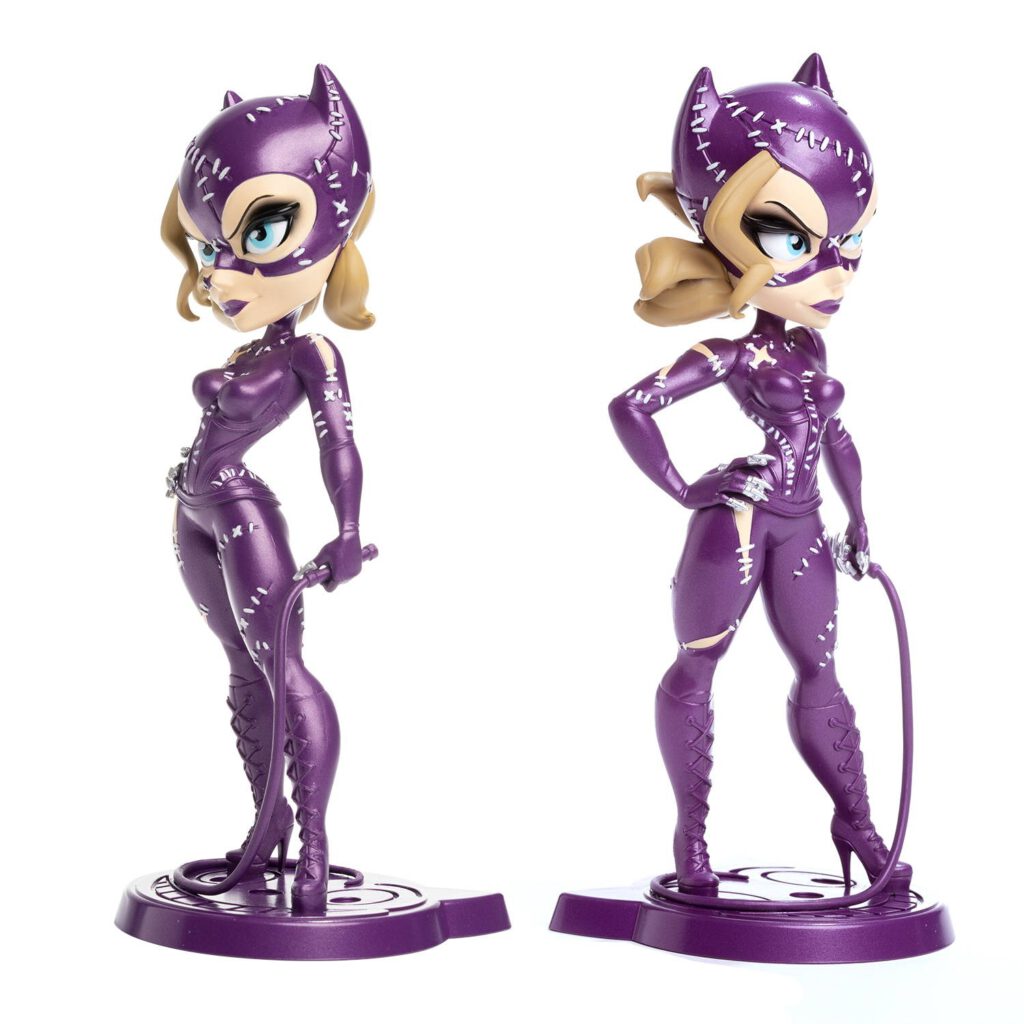 “HELLO THERE”! In Batman Returns, those are the words on the neon sign in Selina Kyle’s apartment on the fateful night she first dons her Catwoman costume. Taking its inspiration from this iconic sign, Catwoman Movie Collectible: Hello There Edition is an eye-catching variant of the figure featuring a purple costume. It is a Cryptozoic Exclusive, available only directly from the company for a limited time.

The window box the figure comes inside similarly takes a cue from the movie. In Batman Returns, Catwoman angrily bashes out two of the letters so the sign reads “HELL HERE” (reflecting her transformation). To mirror the double nature of the sign, the matte sticker on the box features foil letters that, depending on the angle of the box, flicker between “HELLO THERE” and “HELL HERE.”

In addition to referencing the sign in Batman Returns, the purple catsuit pays homage to the many times Catwoman has appeared in purple. One of her very first appearances in comic books in the 1940s included a slim purple dress. In addition, in the 1990s, the character appeared in a skin-tight purple bodysuit in comics. Even though artists usually opt for the black catsuit portrayal in recent history, purple will always be an important part of her history!