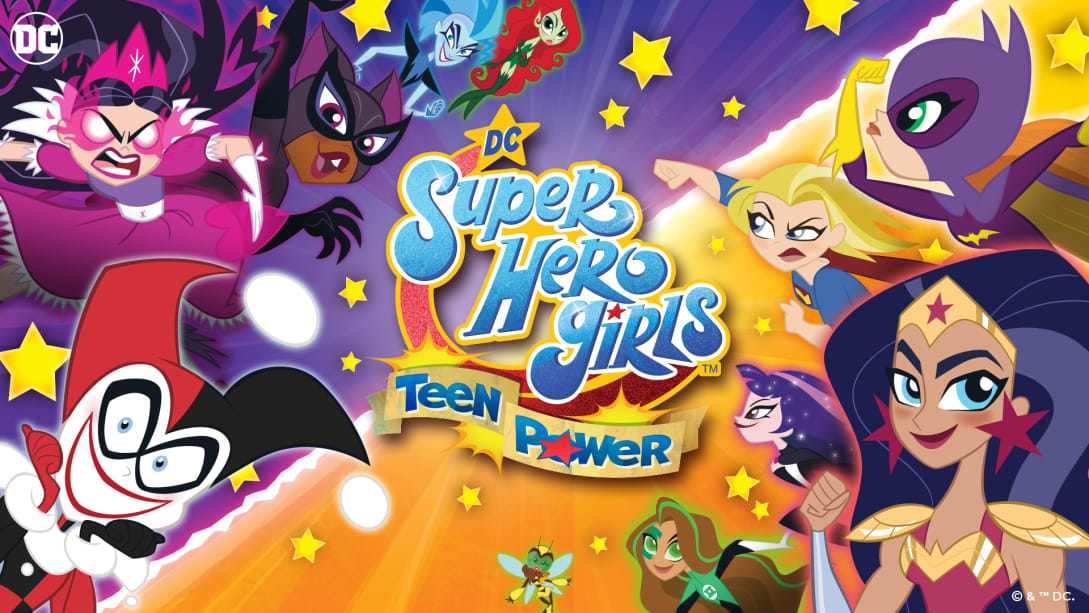 Today, Warner Bros. issued a press release for the eightieth anniversary of Wonder Woman. While this has nothing to do with Batman, there was one thing in the press release that had flown under the radar, at least to his writer. The animated DC Super Hero Girls series is getting a video game spinoff. DC Super Hero Girls: Teen Power is coming to the Nintendo Switch.

It turns out, this was announced last month during Nintendo’s Direct presentation. The game is being created by Nintendo themselves for the Switch. This comes as a surprise to many that Nintendo themselves are creating the game. There have been other games created based on animated DC series. One that was covered here at TBU was Batman: The Brave and the Bold-The Videogame. That game premiered on the back half of the series’ run. Another one was Young Justice: Legacy, which was promised to sharing story elements from the series it was based on to enhance the story. The issue with that game was that it released nine months after the series was canceled.

DC Super Hero Girls just wrapped up airing its first season (fifty-two total episodes) at the end of 2020. There have been some references of a second season being done, but nothing cemented by the studio. The most promising news is that there was a new showrunner put in place for the next season with Amanda Rynda taking over for Lauren Faust. Now it seems unlikely that a new showrunner would be named for a series that wasn’t continuing past its season of episodes. That said, anything could happen with shows airing on Cartoon Network.

Back to the game, DC Super Hero Girls: Teen Power is set to allow three playable characters to be controlled by players including Batgirl. There are other members of the Batman Universe that will make appearances as mentioned in the official game synopsis.

Suit up as the DC Super Hero Girls and save Metropolis!

Join the fight as Wonder Woman, Supergirl, and Batgirl from the animated series DC Super Hero Girls, and save Metropolis from some of DC’s most notorious Super-Villains! Each hero can battle baddies with a unique set of abilities: Wonder Woman uses her warrior skills with the Lasso of Truth and Flying Shield, Supergirl has Heat Vision and Super-Breath, and Batgirl can invent crime-fighting gadgets like the Batarang and Bat-Hook. But when you’re not out fighting crime, you have to balance the super life with their lives as teenagers!

Don’t forget to meet up at the best hangout spots from the show like Metropolis High School and Sweet Justice, which also happen to be great places where you can snap photos to share on Superstapost. But stay alert because you always have to protect your secret identity and you might even run into some of the city’s most mischievous Super-Villains like Harley Quinn, Catwoman, and Star Sapphire.

The game is set to release exclusively on the Nintendo Switch on June 4, 2021. Be sure to check out the game trailer below.