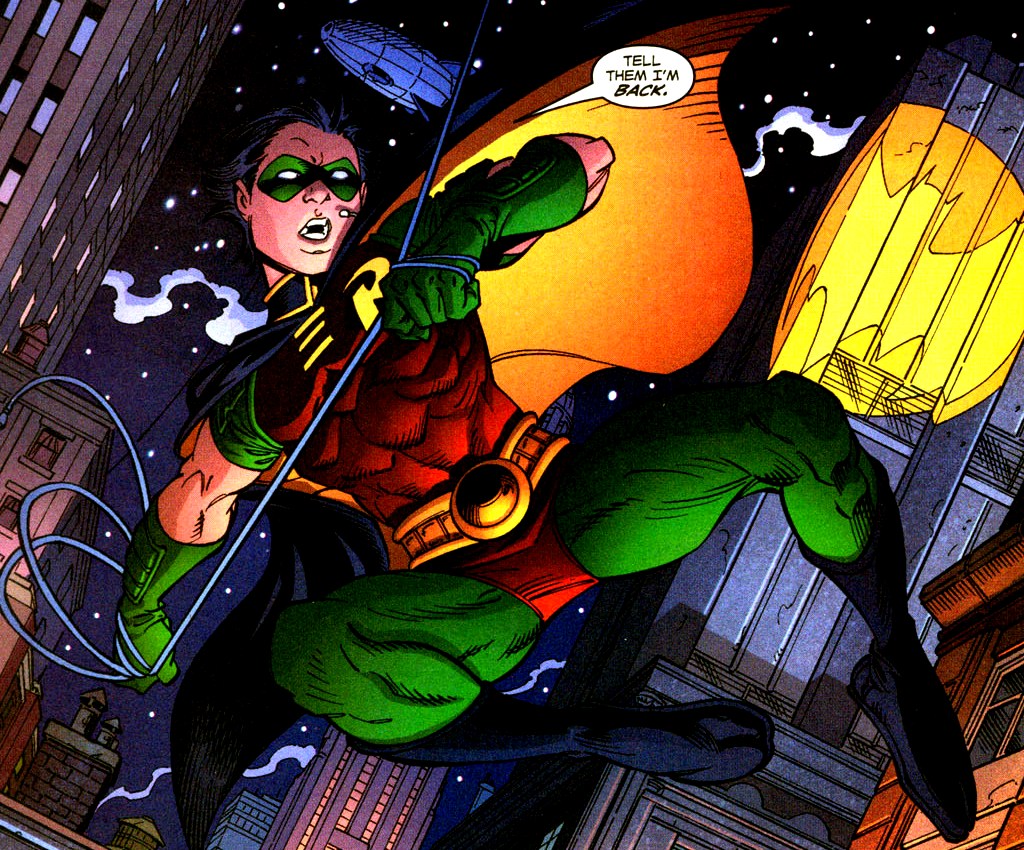 Robin has been a part of the Batman mythos almost as long as the Caped Crusader himself. Robin first appeared in Detective Comics #38 in 1940, which means the character’s 75th anniversary is being celebrated in 2015. Through 1983, only Dick Grayson had the distinction of wearing that mantle. When Dick decided to leave his Robin mantle behind and take a new one (Nightwing), Jason Todd was introduced as the second Robin, then was subsequently killed off by fans with the Joker left holding the weapon. Tim Drake and Damian Wayne would follow as Robins that spent significant time in the costume as well. In the post-Flashpoint universe (New 52 and current line), Tim Drake has been all but ignored in the Batman corner of DC’s shared universe, relegated to Teen Titans alone. In the latest attempt to find something to do with him, writer Dan Jurgens took an already-aged five years Tim and flung him into the future to become a new version of Batman Beyond, one with some connections to the original animated series fused with New 52: Futures End story seeds. Since Batman Beyond Tim is a future version of the character, readers are left with present-day Tim still having very little to do except hanging around with the Teen Titans. The solution, unfortunately, has been right in front of us for years: the time has come to kill Tim Drake.

Damian Wayne and Jason Todd have both died and come back to life, Dick Grayson has been playing dead since Forever Evil, Bruce Wayne died in Final Crisis – one of DC’s finest moments of dramatic irony – and apparently does again for a month or so in “Endgame”. Stephanie Brown (who served as Robin for about 45 minutes) was presumed dead by the end of “War Games.” Tim is actually the only Robin who hasn’t faced death and come back to tell the tale.

I am not suggesting that he stay dead forever, and even if I was suggesting that, it would never stick. Maybe killing Tim is what the character needs to be appreciated. If you love Time Drake then you know what we really need to do is kill him.