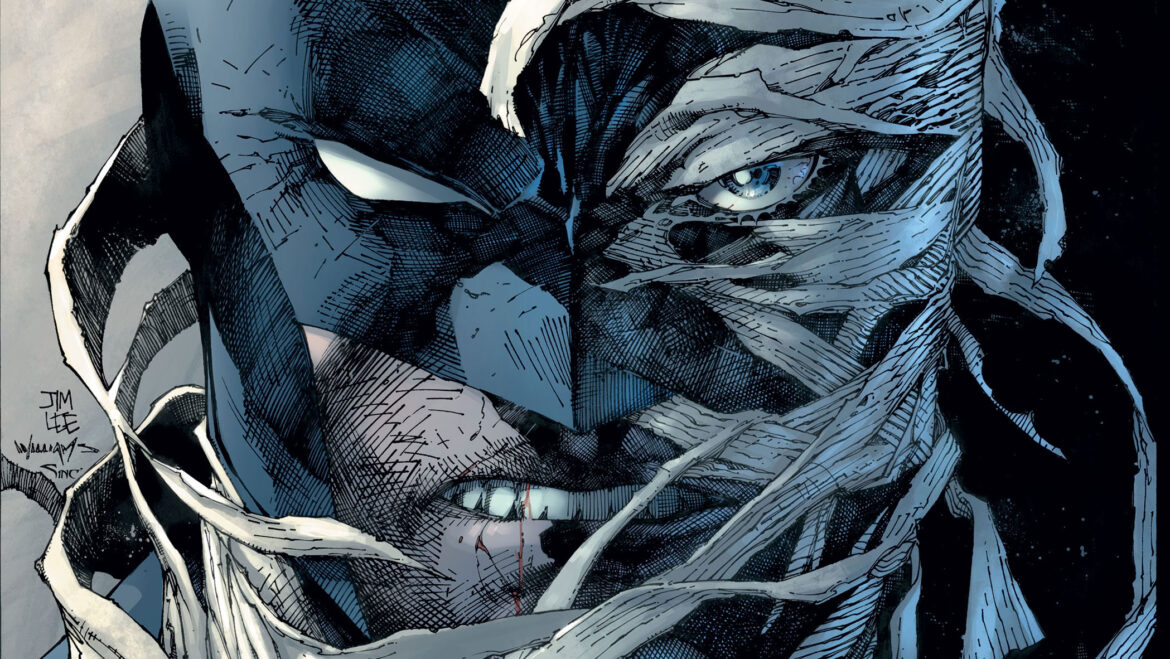 Every year, Batman Day comes and goes, and one of the things I think about every year is some of my favorite Batman stories. I think it is the perfect time to come back with TBU Five Things. I’m going to be a little selfish today and write about my favorite Batman stories. I might have some stories on this list that you have already read and love, but I’m hoping there might be a story on here that you have not read (that I will make you want to read). Let’s get to the Five Things!

#1): The Long Halloween and Dark Victory 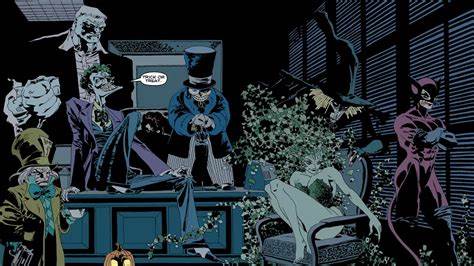 I know, I know. I’m counting these two stories as one. It’s my list; give me a break. The Jeph Loeb/Tim Sale masterpieces rank among the best Batman detective stories in Batman’s long history.

The Long Halloween retells Harvey Dent’s origin as Two-Face and features all of Batman’s rogues’ gallery in a span of thirteen incredible issues. There are twists and turns as Batman, Harvey, and Jim Gordon are on the back foot in trying to figure out the Holiday killer. One reason that I really like this story is that it is Batman in his early days. It acts as a spiritual sequel to Year One, and Batman is not the BatGod that he would later be. He is still learning how Gotham and its villains operate. It is also probably the best Two-Face characterization. Two-Face is one of my favorite villains, and I feel like great Harvey stories are few and far between.

Dark Victory is its sequel and is a perfect example of why Batman needs help with his war on crime. At the start of the story, Batman is a loner because of what happened to Harvey, but along the way, after adopting Dick Grayson, he learns that Batman needs Robin, Alfred, and Jim Gordon to save Gotham. 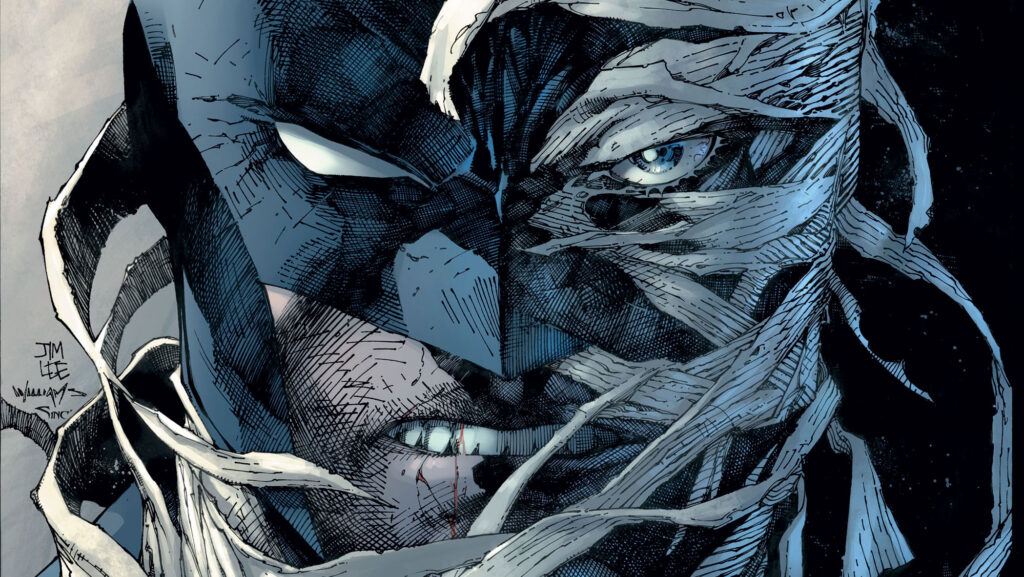 Jeph Loeb makes the list again, but this time he is teamed with superstar artist Jim Lee. This is the story that got me back into comics, so it will always have a special place in my heart. I think Loeb is so great at writing a mystery and weaving in all of the characters in Batman’s world.

Loeb and Lee created a new villain in Tommy Elliot, aka Hush, planted seeds of Jason Todd’s return and the Bat/Cat romance, and put the second-best Batman/Superman fight that we have seen to the page.

This is probably the story that I have read the most. I have the original trade paperbacks and went back and bought all the original issues. Best believe that the twentieth-anniversary edition will also make it to my shelves. 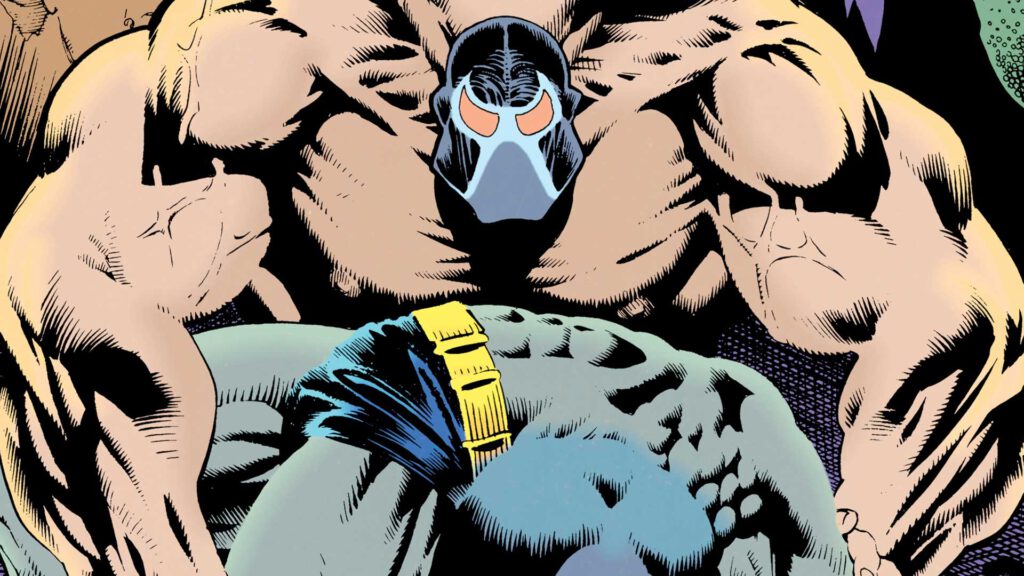 I think this story is the ultimate Batman epic. From Knightfall to Knightquest to Knightsend, we see Batman go through the gauntlet as Bane releases all the inmates from Arkham Asylum. Batman has to defeat all the villains until he comes face to face with Bane, and ultimately, Bane breaks the Bat.

Bruce is out of commission, and Jean Paul Valley becomes Batman and slowly becomes unhinged in his very 90s costume, which leads Bruce to come back and reclaim his mantle.

Highlights include an under-the-influence-of-fear-toxin Batman beating the Joker senseless and screaming “For Jason!” while saving the mayor, the shocking moment of Bane showing up in Wayne Manor before breaking Batman’s back, and Jean Paul defeating Bane in Batman #500.

There is so much in the story that I don’t know if we’ll ever get a full-on adaptation, but if they could ever figure out a trilogy of animated films, then I will be first in line to get it. 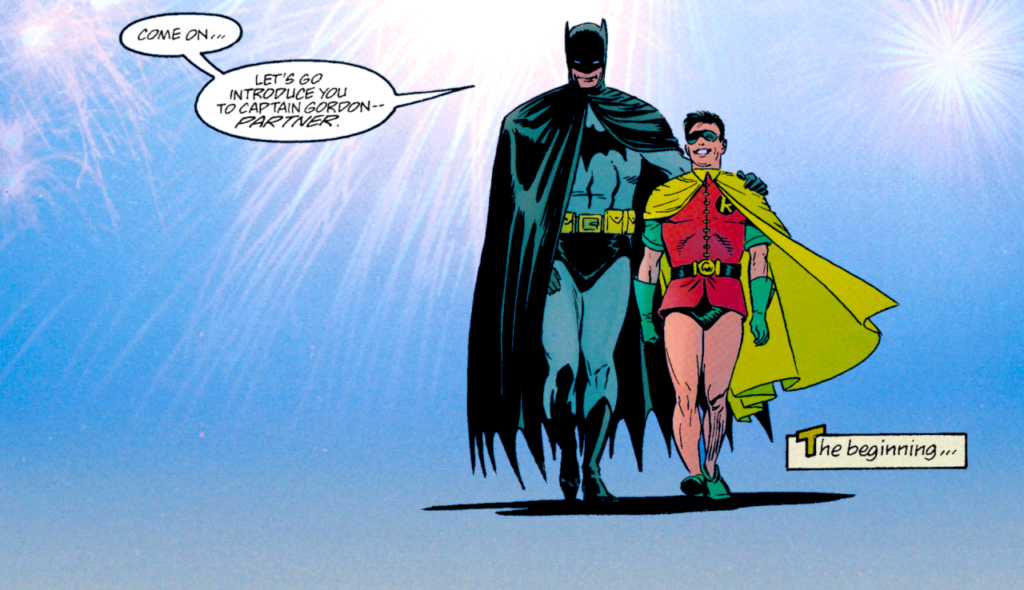 Written by Bruce Canwell with art by Lee Weeks, this story shows Dick Grayson’s first night as Robin. The gauntlet that Batman throws down on him is essentially a game of hide-and-seek between Batman and Robin. Robin has to evade Batman all night without getting caught before sunrise, or else he cannot be Batman’s partner. While on his journey, Robin unknowingly becomes the target of mobsters, so now he is on the run from Batman and the Gotham mob.

Some truly incredible art from Lee Weeks, but one of the main reasons that I love this story is it explains why Bruce Wayne would take on this kid as his partner. Bruce is allowing Dick to become Robin, so he doesn’t become corrupted by the darkness in his soul. Robin is an outlet, and Bruce won’t let Dick be driven by revenge as he has.

This story has always stuck with me, and if Matt Reeves wanted to adapt this for ‘The Batman 2,” I wouldn’t be mad about it.

#5): The Batman Adventures: The Lost Years 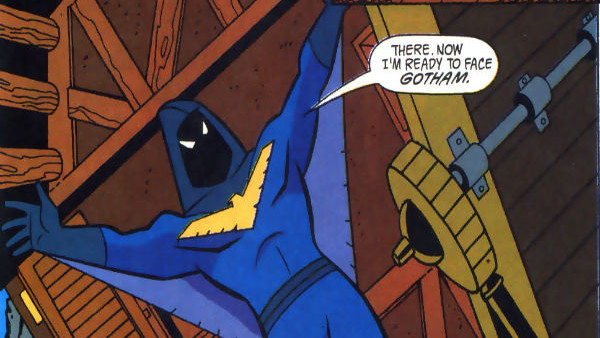 So that’s my list of favorite Batman stories. Honorable mentions are Three Jokers and A Lonely Place of Dying, but these five (or six) stories I have probably read the most. Feel free to share your list. That is the great thing about being a Batman fan – we all have different stories that are our favorites. For even more recommended reads, check out our article Ten Essential Reads for Bat-Fans.