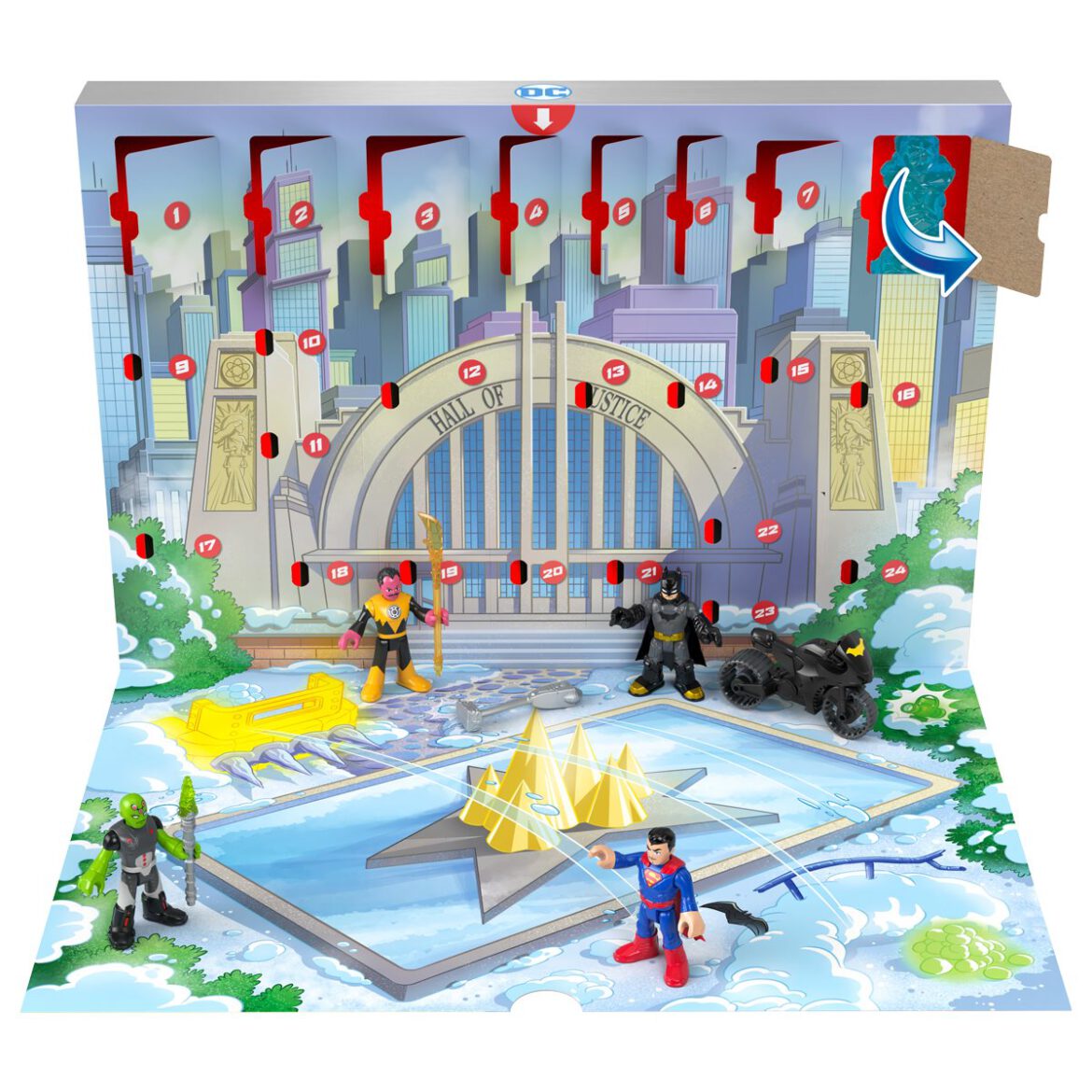 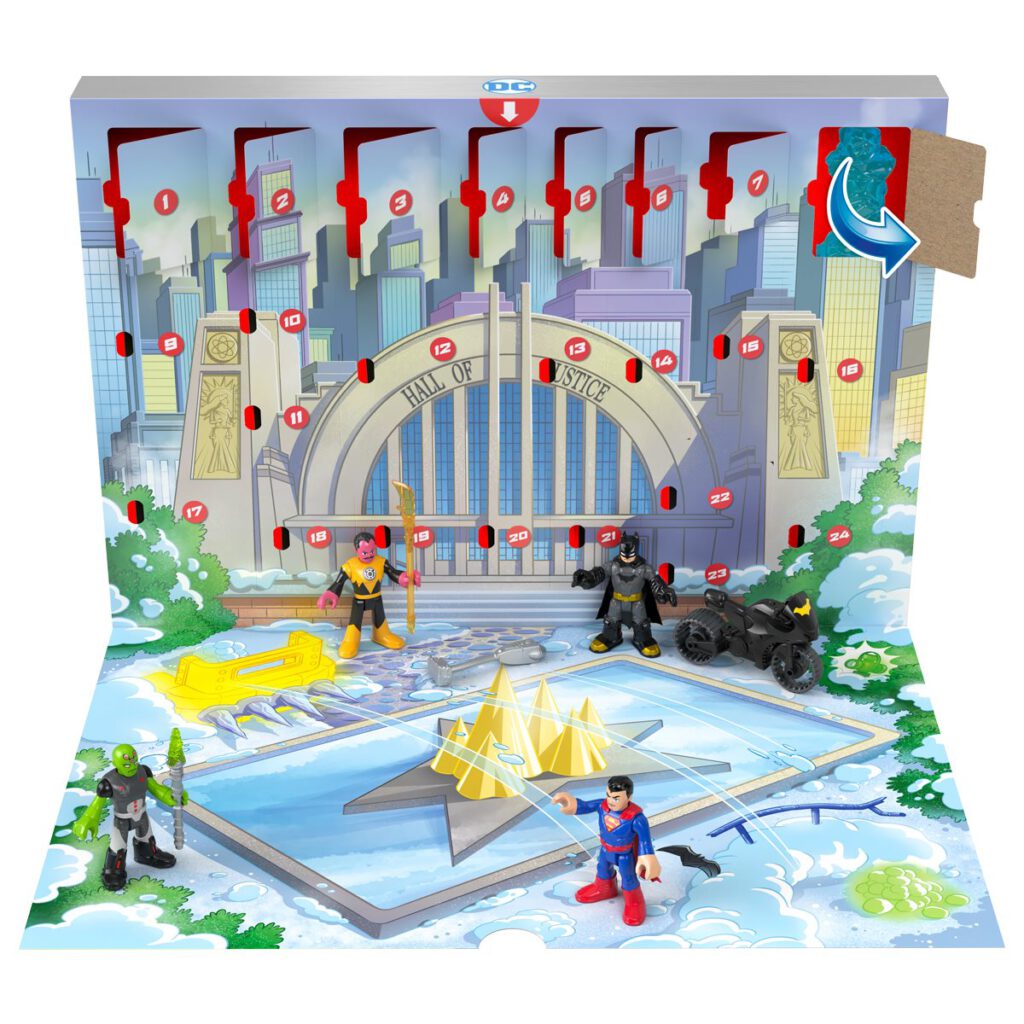 The next item is a Fisher-Price Imaginext Advent calendar featuring a variety of characters from the DC Universe. Not only will the set include figures, but it will also include accessories and the calendar itself acts as a backdrop to play with the Hall of Justice during winter. While not every item has been revealed for the set, you can expect to find a Batman, bat-cycle, and Mr. Freeze in the holiday set. This set is also coming towards the end of the summer. It is available to preorder through Entertainment Earth for $36.99.

Our final update is for the next wave of Fisher-Price Imaginext Slammers. We previously reported the various figures that would be part of the set, but now there are better quality images released for the wave and a little bit more information. The display box will include twelve different figures with a possible twelve options, so there is a slim chance to find more than one figure within a single case. Sometimes that can have its benefits while other times it has its downfalls. These new Slammers are expected to hit shelves at the end of the summer.

Out of all of the new Fisher-Price Imaginext items, which ones are you looking forward to the most?