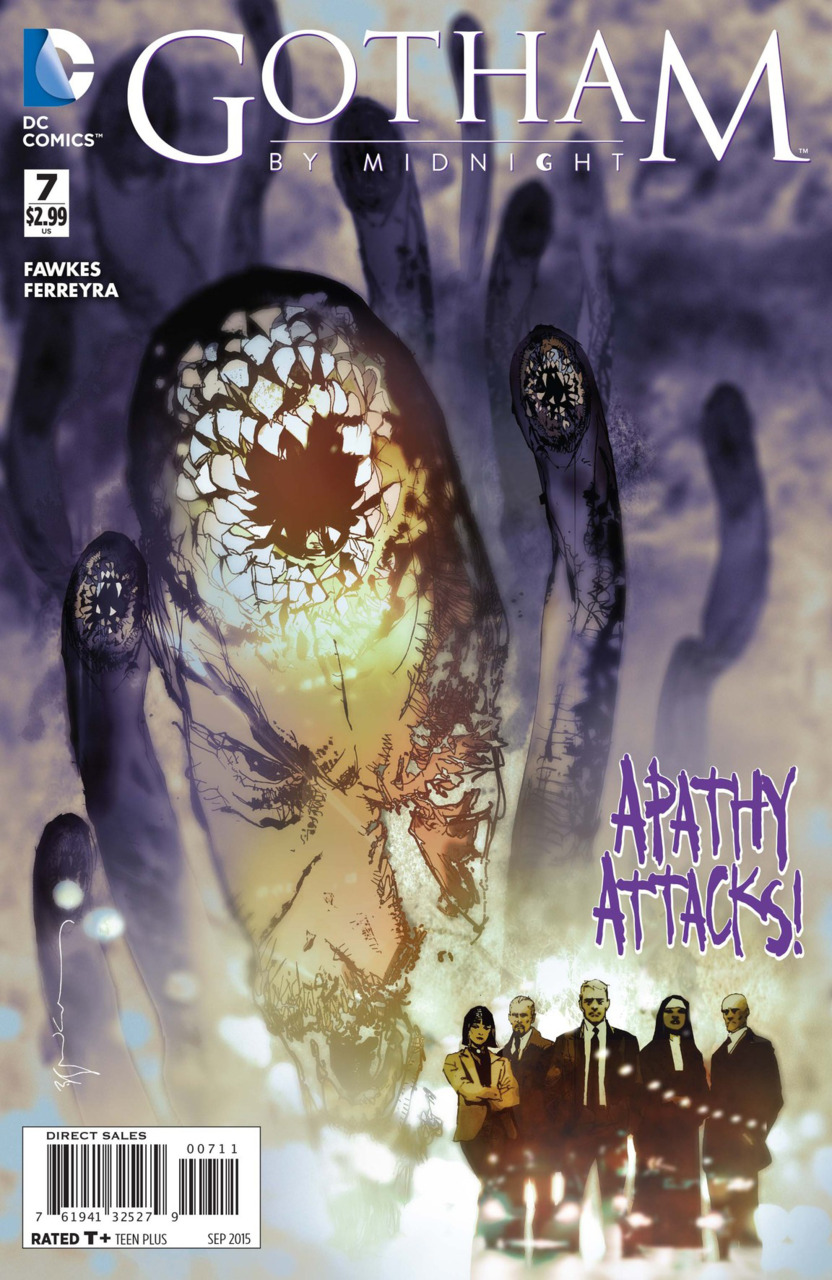 “Nobody Cares” opens with a flashback of Lt Sam Weaver, the head of the Midnight Shift. It is thirty years ago and a young Sam is discovering the dead body of this father who committed suicide. Back in the present Kate Spencer, the lawyer who is giving legal advice to the Midnight Shift is talking to Sam. She cannot get any information out of him. Gordon used to shield his team so he would not have to worry about anything. Drake interrupts the meeting with a call. Five people were found dead in the East End in row houses.

Homicide was the first on the scene. All they found were the dead bodies that had been dead for days and when the paramedics tried to move the bodies, they found a thing under them. Dr. Tarr and Drake are on the scene. There is a passing reference to black flowers in the planter out front. Dr. Tarr finds that the creature, as he puts it, is not alive but it has a spirit aura. It also extends down through the floor. It appears that everything was normal and the victims just lay down and died without any apparent struggle. All the victims are on top of some kind of creature that extends through the floor presumably to the basement. They want to investigate in the basement but not before back up arrives. Drake called Corrigan when they first got the call from homicide but he has not shown up yet.

Corrigan is actually in Sister Justine’s room. He is there to pack up her things. While he is there, he is praying asking God to give him mercy. We go back to Kate and Sam talking. Kate is lamenting about the change in Sam. He used to be prepared and willing to fight. Sam tells Kate that the shift has a zero arrest record because they are not fighting simple criminals. They are fighting inhuman monsters. We flashback to two years ago, Gordon is talking to Sam. Things have not been the same since the Sharma case. His paperwork is slipping and he has a high absentee rate. Sam just says that no one will believe him. It was a monster that just attached itself to them. Gordon reassigns Sam to Precinct Thirteen, the Detailed Case Task Force, which I am guessing is the Midnight Shift.

Back at the scene of the crime, Drake is still waiting for Corrigan. She decides to go down to the basement anyways when Tarr just sits down on the floor. He has been attacked by the creature. She grabs the creature and rips it from Tarr. Now the creature attempts to attack her just when Corrigan arrives and crushes the tentacles under his foot. He senses that it is a child of Acedia, a motivational vampire and he feels the Spectre coming out. He immediately orders the street to be evacuated. Tarr and Drake run out of the building as the Spectre starts his fight inside.

We cut to Blackgate Prison. Rook and another IAD officer are waiting to interview a pop up informant. The informant’s name is Fred Anderson and he wants to cut a deal. He claims to have seen Detective Lisa Drake kill three men when she was a narc with a second red haired officer watching. Presumably the other officer is Jim Corrigan. Anderson says that Corrigan offered to help her cover the murders up.

Back at the crime scene the Spectre is ripping the creature out of the floor of the apartment. All of a sudden it is over. Corrigan stumbles out; he counted a total victim count of fifty to fifty-five victims. Some of them had been dead for a week.

Back to the Sam and Kate meeting, Kate finds out about Andersen’s claims. IAD is adding criminal charges to the case. Sam needs to wake up as Kate puts it and defend his people or the city is screwed. Next month will be Breaking News.

Like last issue for the most part this issue is a standalone. We are still getting references to Sister Justine and the black flower but they are minor references.

I enjoyed this issue as I did the last. There was less of the investigation as we were primarily dealing with Sam’s back story. I would like to know more about this Fred Anderson, who is he and why is he coming out with this story whether it is true or false.

I liked the art as with the previous issue and it was good to see the Spectre in action again.