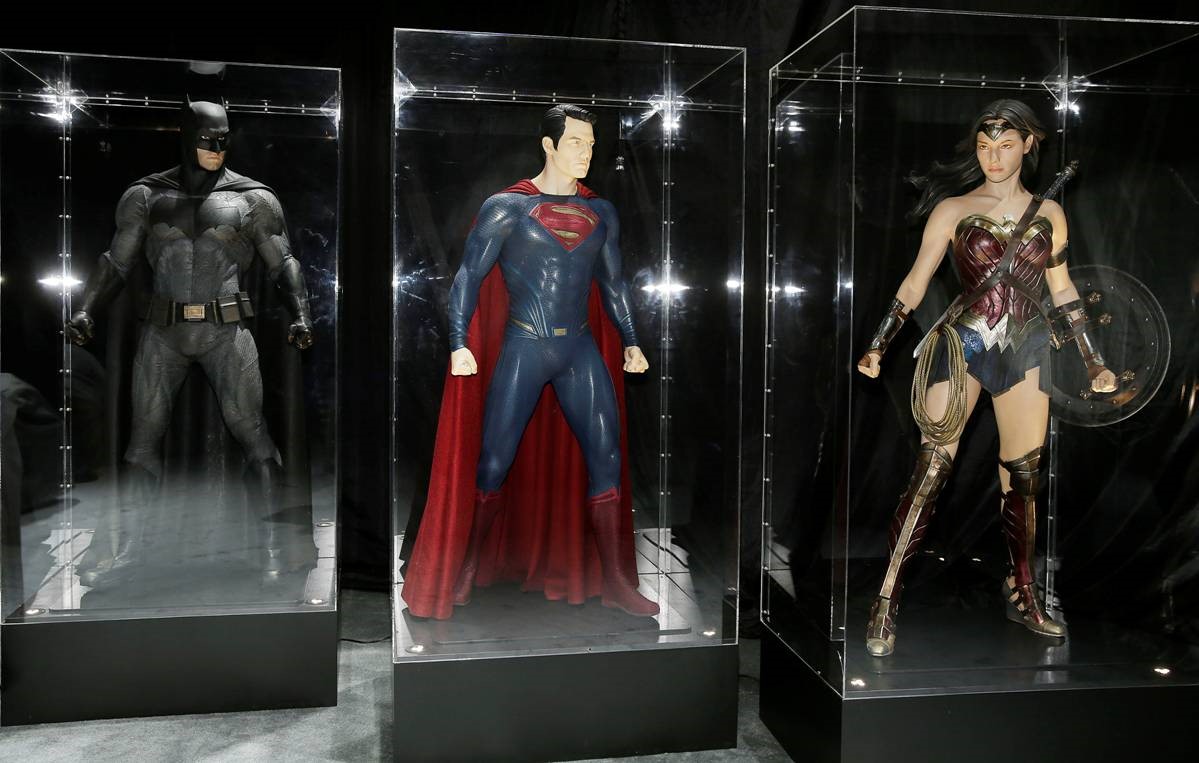 Warner Bros. sent out the announcement last week that they would be in full force at this year’s Licensing Expo and they did not disappoint. Outside of the normal typical things that occur at the Licensing Expo, the synopsis for the film was released.

Fearing the actions of a god-like Super Hero left unchecked, Gotham City’s own formidable, forceful vigilante takes on Metropolis’s most revered, modern-day savior, while the world wrestles with what sort of hero it really needs.  And with Batman and Superman at war with one another, a new threat quickly arises, putting mankind in greater danger than it’s ever known before.

Also the batmobile was present at what WB has labeled it as the first public unveiling. Also the costumes of the trinity were on display in the same way that was shown in the Bleacher Report video from almost two months ago.

In addition to the picture WB sent over, Extra was on hand for the unveiling and posted this video.