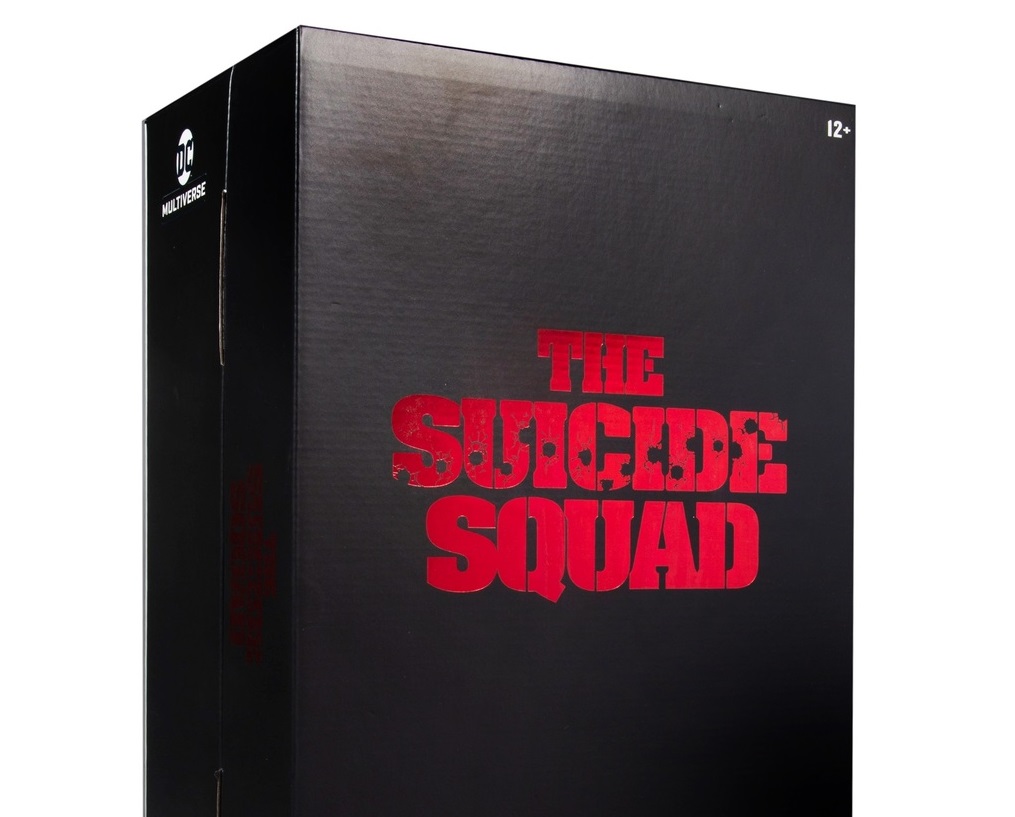 McFarlane Toys has released details for a new collector box set exclusive to their online retail store based on the characters from The Suicide Squad. The box set joins the recently released Last Knight box set as a set with exclusive packaging including an entire wave of figures. The new set includes Harley Quinn, Peacemaker, Bloodsport, Polka-Dot Man, and a fully assembled King Shark. It also features accessories for many of the figures and collector cards for each figure. The set is priced at $124.99 and is expected to ship in December 2021. You can preorder the set exclusively at McFarlane Toys. 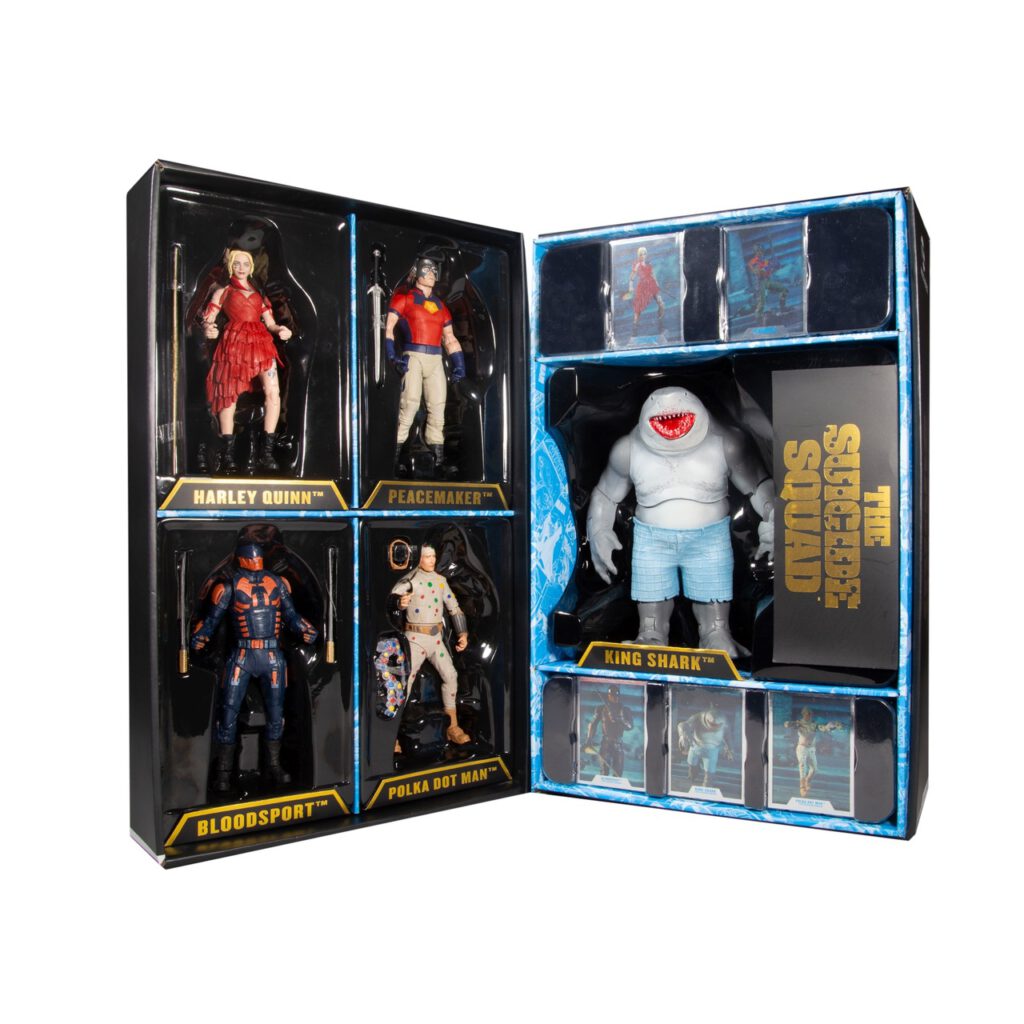