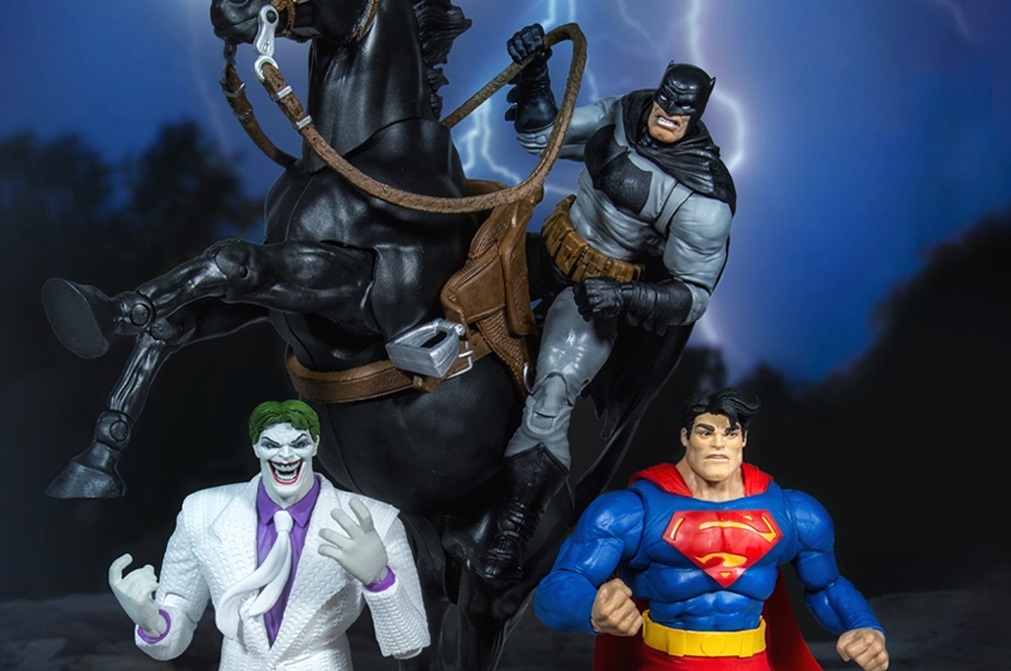 Back in August, we brought word that McFarlane Toys was planning a wave featuring Batman: The Dark Knight Returns. Today, the company has confirmed it with a new post on Facebook. The wave will consist of four figures and despite our theory of who the build-a-figure could have been, it will actually be a horse. You read that correctly. The pieces will build a full articulated horse for the seven-inch figures. 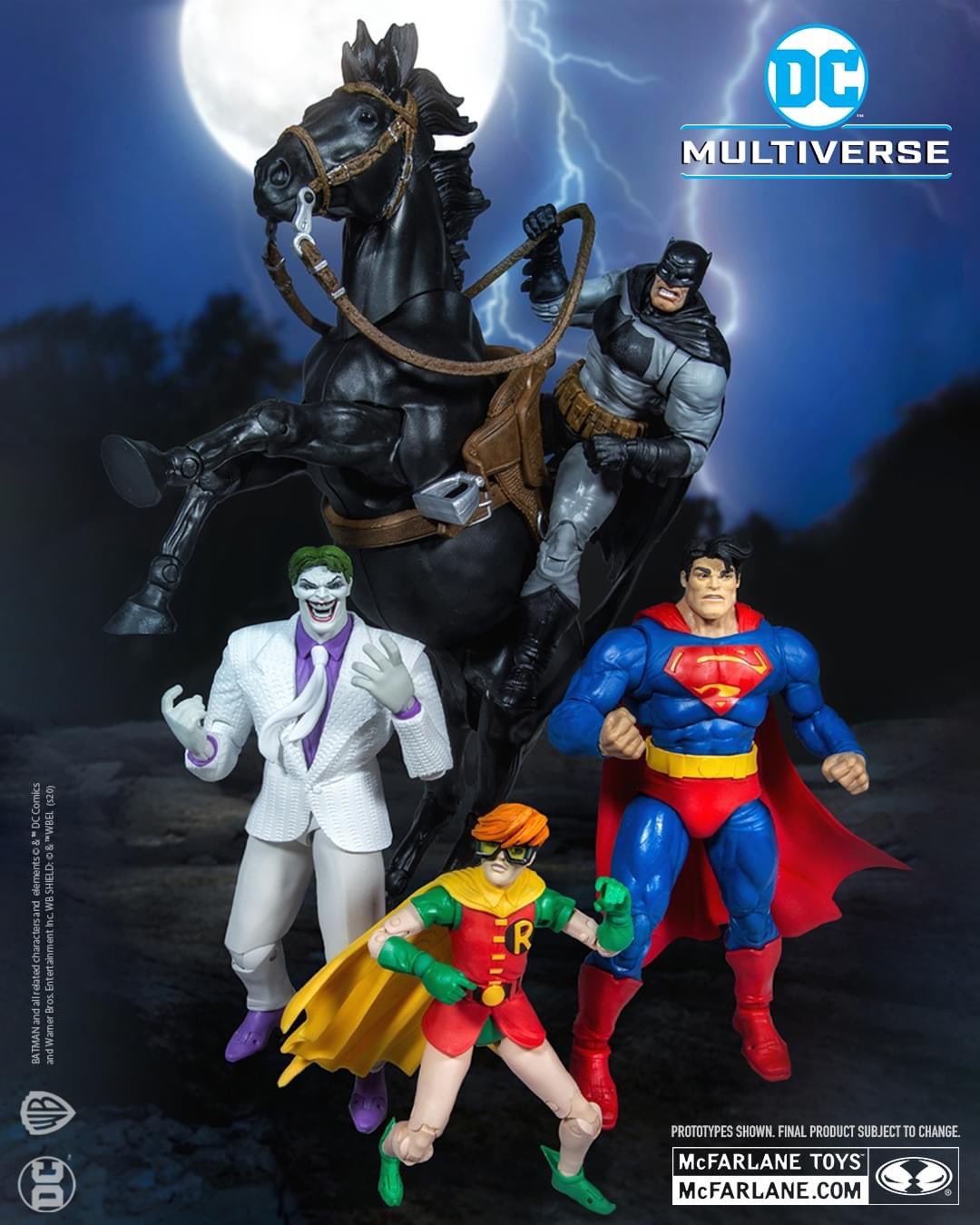 The wave will include Batman, Superman, Joker, and Carrie Kelley’s Robin. If you are looking for an armored Batman from the story, that figure was already announced back in June. There is no word on when these figures will be available, but we would assume early 2022. Once details become available for the figures and preorders go live, TBU will be back to share all of the details.