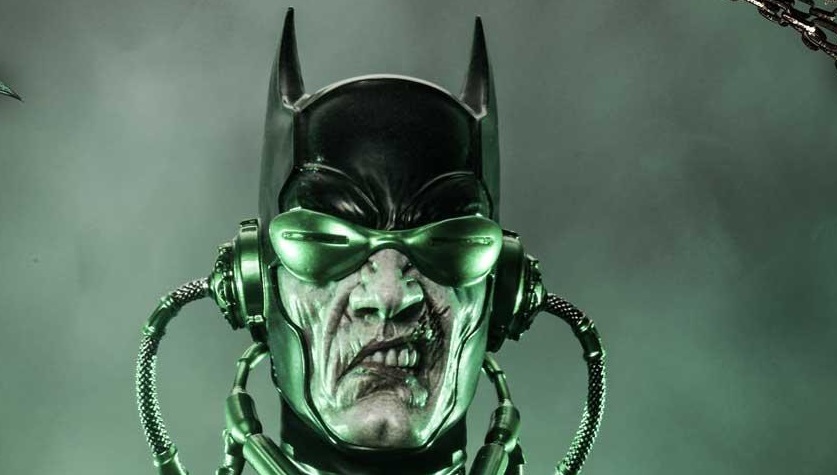 Prime 1 Studio has released details for their latest Museum Masterline statue, which features Dawnbreaker from Dark Nights: Metal. The statue comes in a one-third scale and measures thirty-five inches tall. As with most Prime 1 Studio released, there are two versions available, with the exclusive version including a swappable alternate portrait. The regular version starts at $1,299, with the exclusive version starting at $1,349. Both versions are expected to ship between May and August 2022. Right now, you can preorder the regular version at Entertainment Earth or either version at Sideshow Collectibles or directly from Prime 1 Studio.

“With darkness black, I choke the Light. No brightest day escapes my sight. I turn the Dawn to Midnight. Beware my power…DAWNBREAKER’s Might! ”

The Bruce Wayne of Earth -32 witnessed the same Crime Alley murder of his parents, Thomas and Martha Wayne that Earth 1’s Bruce Wayne witnessed. However, instead of sorrow and vengeance, Earth -32’s Bruce Wayne was filled by a void – empty of every emotion including Fear. This made him a candidate for a nearby Green Lantern Power Ring to induct into the Green Lantern Corps. Soon enough, this murderous, rogue Green Lantern imbued himself and his power with the darkness he has always possessed and christened himself anew: The Dawnbreaker!

Prime 1 Studio’s The Dawnbreaker statue is poised to mete out his dark justice, floating in at 35 inches tall! The statue is a callback to Jason Fabok’s impressive Batman: The Dawnbreaker #1 cover, with its dark green energy, seething out from under Earth -32’s Bruce Wayne. The Dawnbreaker’s paint application boasts impressively vibrant, metallic green accents. The textural, and meticulously detailed sculpting of his costume only serves to enhance his terrifying visage. His base comes alive with horrifying constructs only a Dark Knight of Barbatos can conjure up. The Dawnbreaker’s dark-energy creatures are made of translucent green resin, with airbrushed highlights and shadows to accentuate the fearful forms.

This Exclusive version of The Dawnbreaker statue comes with a swappable, alternate Bruce Wayne head, if you want to show Bruce before the all-consuming darkness took him over!

For those who have pre-ordered one of the latest Warrior of the Darkness, The Drowned, The Merciless or The Red Death, please check out the new campaign for more details on how to save 50$ on your way to owning the entire Dark Nights: Metal collection!

Specifications:
– One (1) themed base
– One (1) Swappable Alternate Portrait [Exclusive Version Only]