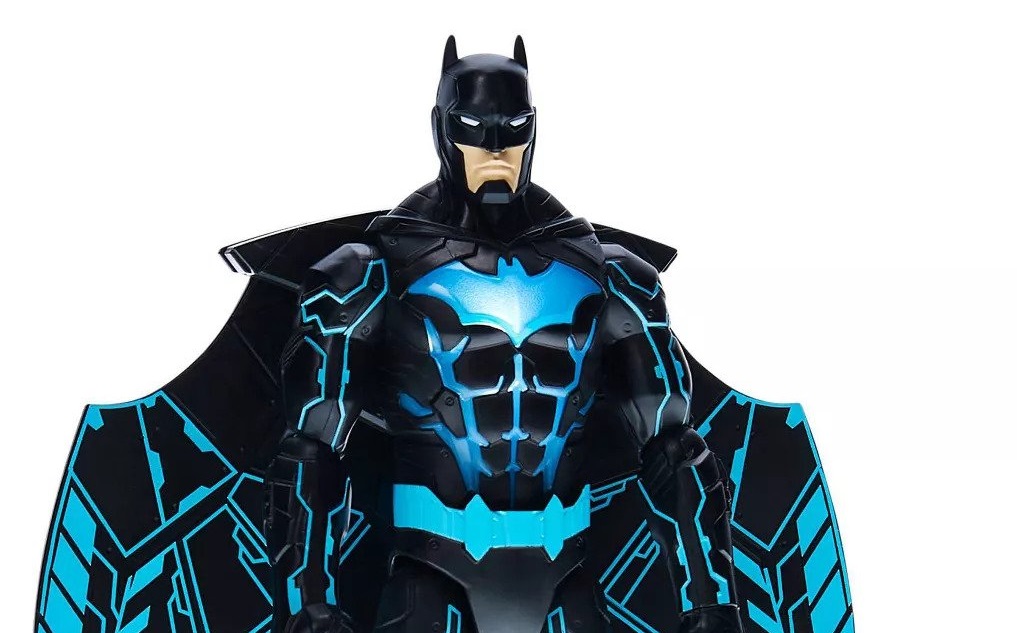 Spin Master has been releasing Batman toys for just over a year at this point. And twice a year there are new offerings from the company featuring multiple members of the Batman Universe. Just last year, there were versions of Clayface, Riddler, Batwoman, Talon, Bronze Tiger, and a ton more. Now they have a new wave of figures that are hitting stores and Spin Master has revealed which Bat-Tech figures to expect.

Back in January, we brought word that the toy companies would be featuring a new theme called Bat-Tech. This theme is mostly cosmetic, with hints of blue “tech” elements found on various figures previously released. But there are some new figures and figures as part of the line. We have already shown you Spin Master Batman Bat-Tech Deluxe Action Figure with Transforming Tech Armor along with the announcement of the Bat-Tech theme. And we have seen the All-Terrain RC Batmobile that is coming later this year. In addition to those, there are a few other larger items coming as well. 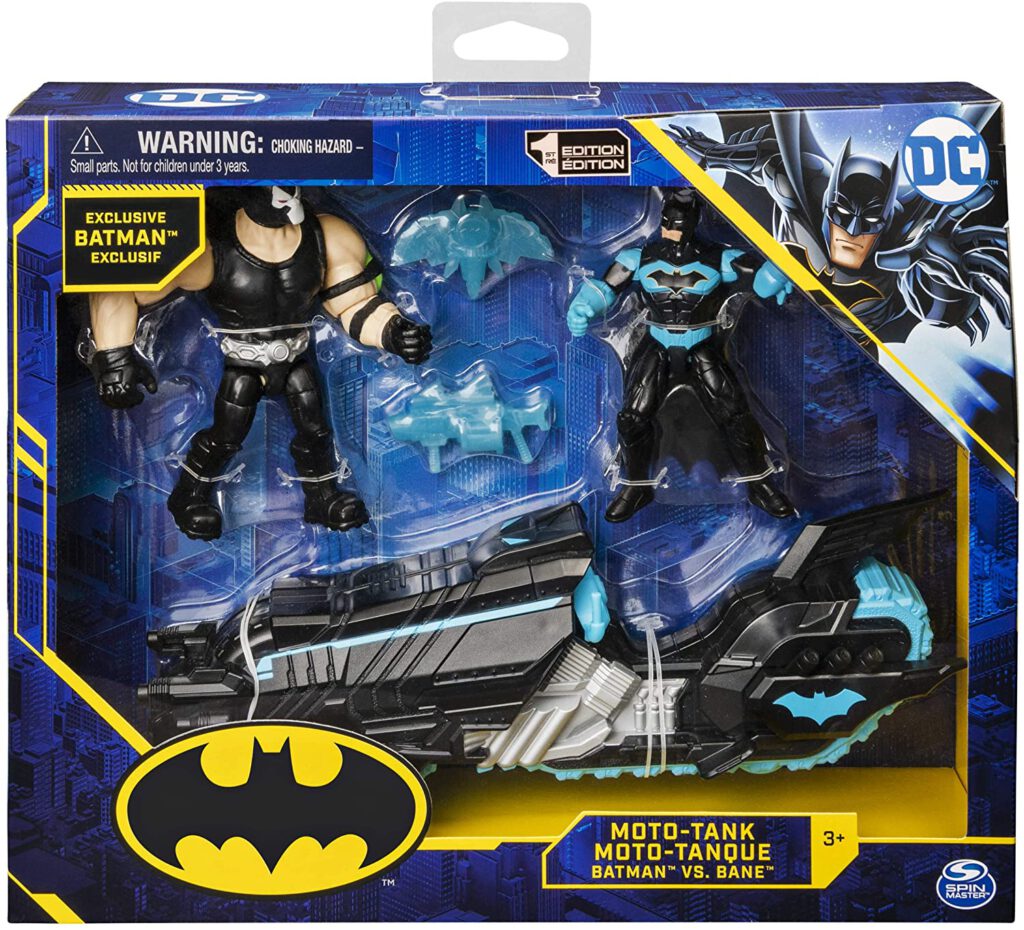 The first set is similar to the Batman Batcycle set which features Clayface last year, but now features Bane along with new Bat-Tech blue details present. The Spin Master Batman vs Bane Moto-Tank set is now available at retailers. The second set has yet to pop up at retailers but is a rethemed version of the 2-in-1 Batmobile released last year.

There is also a twelve-inch deluxe Batman Bat-Tech figure. This figure has multiple play elements including expandable wings. When you press the bat symbol on Batman’s chest, there are twenty different sounds and phrases that play alongside certain elements of the Bat-suit that light up. The Batman Bat-Tech 12-inch Deluxe Figure starts at $19.99. 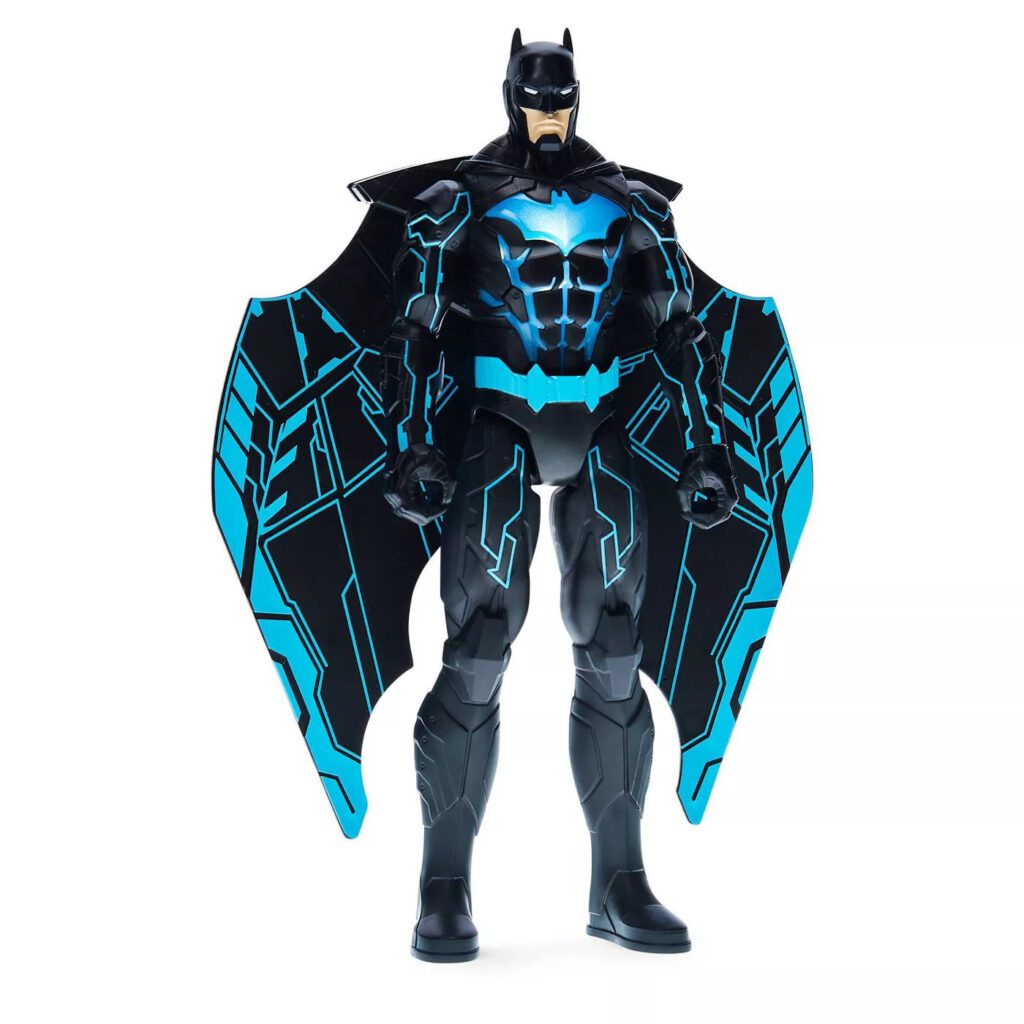 Spin Master continues to offer a number of new items and they have more in store for new and old fans alike. Stay tuned to the Batman Universe as we review some of these items in the future.