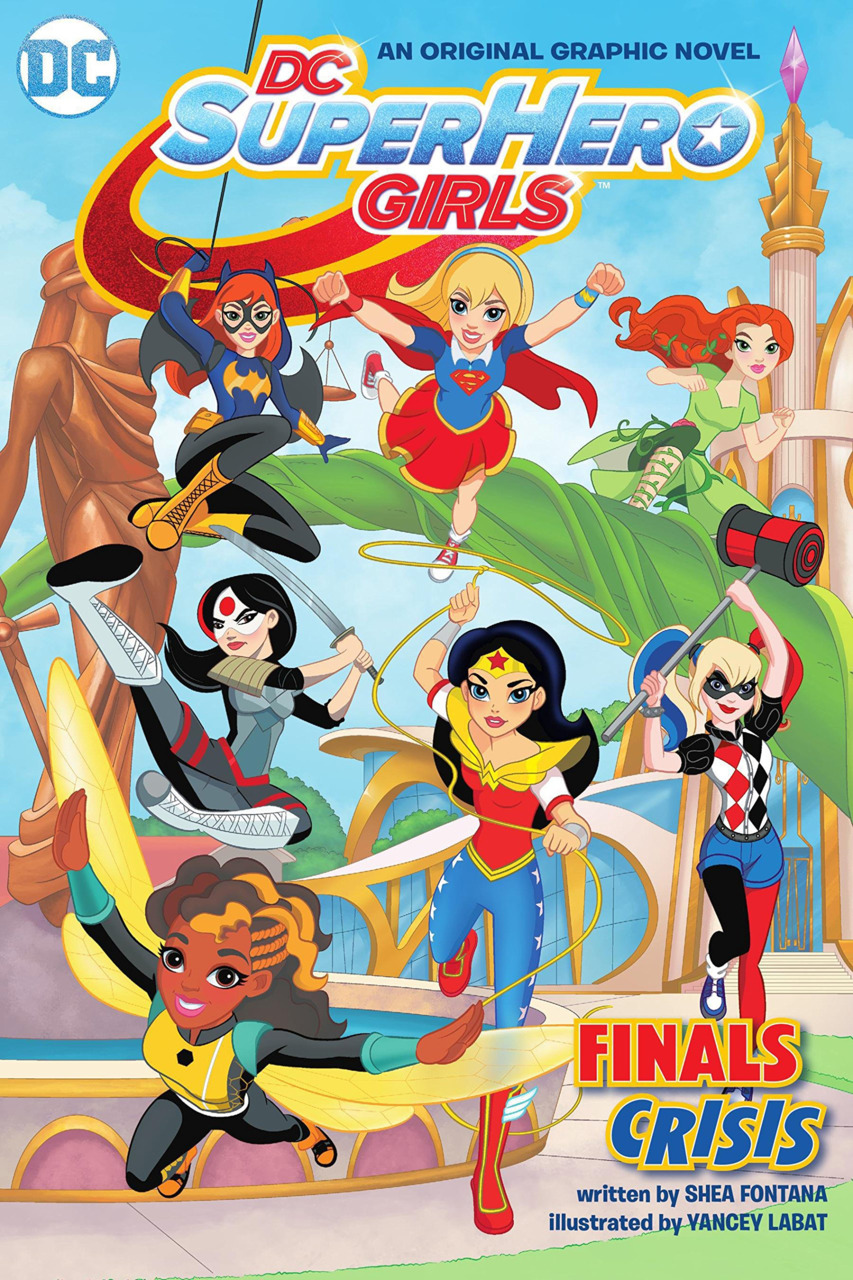 Editor’s Note: Over the course of the week, we will be bringing you exclusive interviews with a number of creators from DC Comics. These interviews took place at Comic Con International in San Diego July 21-24. TBU: So, are you at all shocked with the success–as this has exploded–of this line?

Shea Fontana: It really has been fun to watch the fans come onto it and the little girls who are really excited about the content. I don’t think we’re surprised so much though, because we knew that little girls needed something like this. We knew that this kind of content where we were having superheroes specifically for girls in the 6-12-year-old range, was something that was really missing right now in the market. We knew that there was a market for it because girls like me, when I was that age, I would have loved it! So, I think everyone working on this project was really committed to it and believed in it. So, the success isn’t as surprising as it just reminds us of why we did it.

TBU: Your shorts are mostly self-contained stories with some connective tissue between them, but then the graphic novel that you just put out, if I can call it that, is really an overarching story.

TBU: Is that something you want to try to develop more in the series or just keep that to print?

Shea Fontana: Yeah. Definitely. We do have a second graphic novel coming up this November. That will also have a larger story to it as well as the movie that’s coming out on August 23rd. As we keep doing these shorts, which we have just a ton that are going to be coming out over the next couple of years that have already been run, there is definitely connective tissue between all of the stories. And you will see all of the stories begin to grow as we’ve now established the characters in the shorts. Girls are beginning to understand who is Starfire and who all these other characters are, that they may not have been really familiar with before, they’re understanding their histories and their backstories. Now, that we can have that all established, we can really begin to elevate the story and bring in more characters and more substantial stories to the universe.

TBU: Time actually progresses in this series. Is there any thought to graduating some of them in the future and bringing in more super hero girls?

Shea Fontana: We definitely will be bringing in a lot more super hero girls. I think some of the favorites among some of our fans that they’ve been asking for certain characters and we will be delivering. I can’t give the spoilers of who those characters will be, but pretty much suffice to say all the main DC girls will end up being at a school. So, if they’ve had any play lately elsewhere, there’s definitely a chance they will be part of Super Hero High in the future. So, time is progressing in that way. None of our main girls, we don’t have the plans right now to graduate any of them–Wonder Woman and Batgirl and Supergirl are all going to remain at Super Hero High, but there definitely is a timeline and a progression of time to the way the stories work.

TBU: I teach middle school and high school and it is such a difficult time, especially, I think for girls. I think you’ve started to play with some of these difficult themes, especially with Cheetah, but do you have any plans to do anything like cliques and being on the outside and being authentic to yourself? Any of those deeper themes? Shea Fontana: Absolutely. I think one of the reasons that I and all of the people involved in this project were really drawn to it is because high school is a terrible time.

Shea Fontana: It is a really hard time and I think that’s kind of a universal feeling in a lot of ways. It’s really hard to feel–even the most popular kids who you think are the most popular kids–they don’t always feel like they fit in. So, it’s a really this universal feeling of not knowing where you belong and not knowing who you are and really in high school you’re beginning to discover who you are and the things that are important to you and what your values are and who you want to be as you grow up. So, those are definitely things that are going to be running throughout this series. We will be playing with it more. As you said, we did that with Cheetah in the first couple of shorts, and there’s a bit of a bullying storyline going on. It’s something that we will continue to reiterate during the series. It’s really a series about these great girls coming together and being a support for each other. So, that’s always been something really important to us to show in the series is how these friendships and these girls can overcome those things that are so hard to deal with in high school.

TBU: What would you say your overall goal is for girls that are watching this? Do you want them to get into comics? Do you hope the series to be a sort of bridge and get girls more involved?

Shea Fontana: We definitely think it’s something that can get girls more into comics and introduce girls to this great comic universe, but I don’t think that’s our main goal. I think our main goal is to really tell great stories that impact girls and empower girls.

TBU: Sounds good. So, there’s some villainous characters although they’re very sweet on the show now. Is anything going to happen that’ll change them and we’ll see that, uh-oh, something darker is happening with them? Or are you just going to try to keep them all on the same page and be super heroes?

Shea Fontana: You know, there are some girls like Ivy and Harley who we know from the comics have a bit of a darker side. In this universe, we have erased all that backstory and they do start out as these heroic characters, but you’ll see like in the graphic novel with Ivy, she does have some interest in things that maybe aren’t as pure as some of her counterparts are interested in. She is testing those boundaries and those limitations.

TBU: And, what are your plans for the faculty? Because you have very interesting–I mean, Crazy Quilt is like a C-lister or below and you bring him in which is amazing. So, do you have any other plans to bring people in that we don’t really think about like Bookworm or someone like that?

Shea Fontana: I think within the larger DC Universe that’s certainly possible. Right now, DC Super Hero girls is certainly focused on specifically the characters within the high school environment and having those friendships and the ensemble. I believe that there’s a definite potential to have those more character driven stories that pop out from this kind of universe.

TBU: If you were in this universe, who would your roommate be and why?

Shea Fontana: Oh, I think I would hope my roommate would be Batgirl. However, I would probably be stuck with Harley Quinn and never get any sleep. I think Batgirl and I would get along in that way.

TBU: Speaking of Batgirl, are we going to get to see more of her tech side? She’s got her little computer that’s called Oracle, and I very much appreciate that nod. We’ve seen her as Batgirl, just as Barbara Gordon. Will there be anything as Oracle as well?

Shea Fontana: She will not be taking on the persona of Oracle like in the comic books, but she does have her computer and the persona within the computer is Oracle in this series. She definitely will be using her tech skills and her brain and her engineering in all of her super hero-ing.