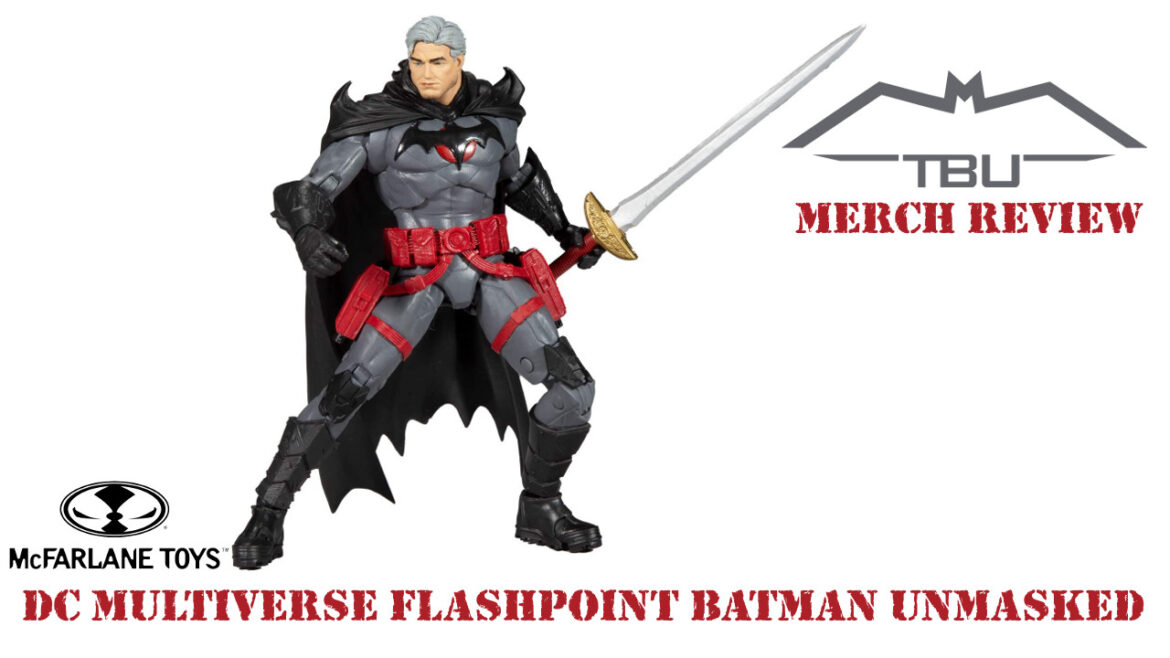 As promised a few weeks ago, we are looking at more of the McFarlane Toys DC Multiverse figures this summer. McFarlane Toys is not holding back with announcements seemingly coming out weekly about waves of new figures coming towards the end of the year. The company is taking advantage of its license with new figures based on the films, television series, and comics all at the same time, inter-mixing waves with various characters from the multiverse. Today, we take a look at the McFarlane Toys DC Multiverse Flashpoint Batman Unmasked action figure.

When you first think of Flashpoint Batman, you probably immediately think of the Flashpoint series from 2011 that first featured the character of Thomas Wayne as Batman. This figure is actually based on the appearance during Tom King’s run on the Batman series with Jason Fabok’s take on the character in Batman #22. This is the version of the character that was a tad different than the one who was happy his son lived. This version believed his son was wasting away his life as Batman and was convinced that he could be doing more with his life.

This figure features one of my personal favorite versions of the batsuit. With a unique color scheme of gray and red, the cape features points on the shoulders. This figure is actually a variant of a figure that was previously released last year. The original figure is the normal appearance with Thomas Wayne having his face masked by the Batman cowl. This version sees the character unmasked with the cowl just behind his neck attached to the cape. This is a nice detail that is now always featured for unmasked characters. Let’s take a look.

If you are interested in purchasing the figure, consider buying it on Amazon using our affiliate link to help support TBU. You can find the McFarlane Toys DC Multiverse Flashpoint Batman Unmasked action figure on Amazon now.