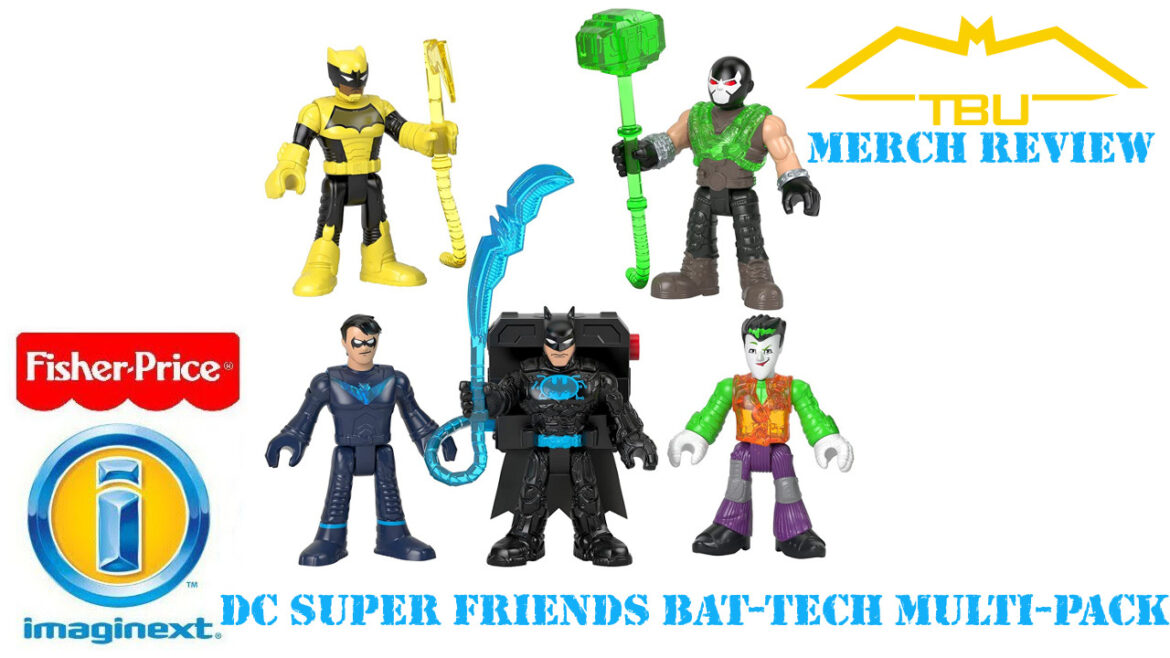 Today’s TBU Merch review heads back to the Imaginext line. The item we focus on today is relatively new. The last couple of reviews we did were some items from the past few years. Released in 2021, today, we are looking at the Imaginext DC Super Friends Bat-Tech Multi-Pack of figures from Fisher-Price.

This may be one of the newest items we have taken a look at within the Imaginext line. We know this not only because 2021 is on the packaging but also because the Bat-Tech theme was first introduced in 2021. The theme was intended to be announced at Toy Fair last year, but because of the pandemic, the convention was canceled (as is this year’s). Leading up to the scheduled time of the convention, the theme was announced. At the time, both Spin Master and Fisher-Price were included in the announcement to incorporate the theme with their respectable offerings in the toy aisles.

Earlier this year, we saw some of the Spin Master items that included the theme and an Imaginext helicopter that we reviewed. And while we can’t get to every object that features the theme, there were a few more significant offerings in the last half of 2021. There was a new Batmobile released alongside a new Batcave for the Imaginext line. We also know that there were single packs of figures, which we also reviewed, in addition to this new multi-pack of figures we are looking at today. So let’s take a look.

While the light function is the feature that Fisher-Price seems to be focusing on with the theme, it doesn’t always work as anticipated. The suits that feature the transparent plastic give a cool look, but the overall function of the light pack isn’t as good as we hoped. That is not to say that there aren’t some fantastic elements when it comes to the various costumes the characters are wearing, but the pack is meant to lean into the light aspect.

Overall, this pack is flawed, but it offers a new variety of characters, all with new costumes. That aspect by itself can be appreciated. We found this in a Walmart store, and glancing around, it may be limited to mass release for Walmart without being exclusive. That said, if you are looking to purchase the Fisher-Price Imaginext Bat-Tech Multi-Pack of figures, consider using our affiliate link on Amazon, as doing so helps support future reviews and everything else we do here at TBU.