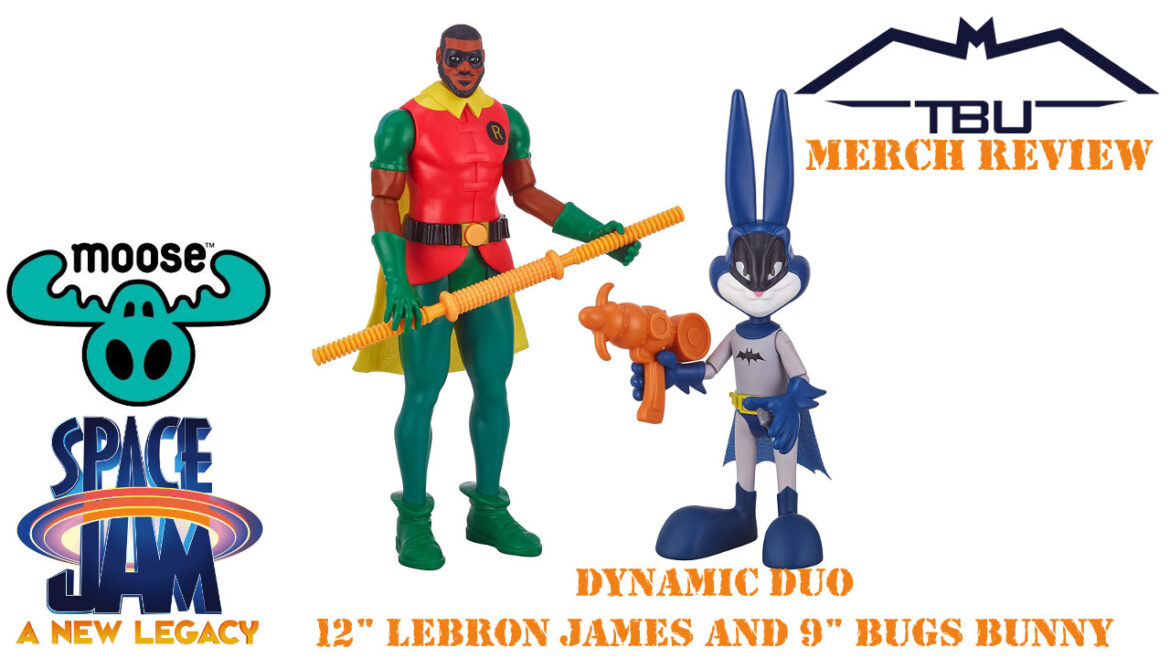 Our next TBU Merch Review heads outside of the box. Rather than looking at one of the major toy lines we have been examining, whether it be the Imaginext line, the Spin Master line, or the McFarlane Toys line, we are going to head to another toy company offering something Batman adjacent. Today we are looking at the Space Jam: A New Legacy Dynamic Duo figure pack from Moose Toys.

This pack of figures was released in mid-2021 for the release of the film. And while this is not a review of the film, the film did barely squeak by in making more money in the box office than the film’s reported budget. Merchandise helps make or break films that are close in budget and box office draw, so it is no surprise that Warner Bros. licensed out the characters from the film for various pieces of merchandise.

The Looney Tunes have always had a certain level of familiarity, but with the release of the new film, Warner Bros. dove into their various properties in which some compared the film to Ready Player One. The comparison comes from mining various other popular properties and incorporating them into the plot of the film.

That brings us to today’s item. In the film, Lebron James teams with the Looney Tunes to comb the different Warner Bros. properties to create the best basketball team. Their adventure eventually leads them to the DC Universe where Lebron and Bugs take the role of Batman and Robin in trying to recruit certain heroes for their team. Let’s take a look.

This is an interesting pack of figures because while it is specific to a certain film, it offers something that you may not see elsewhere. How often will you ever see a Bugs Bunny dressed as Batman available on store shelves? For fans of both characters, it is a dream come true. These figures are the perfect scale for other twelve inches figures available in other more popular lines. We found this set through an online retailer and it is currently readily available. That said, if you are looking to purchase the Moose Toys Space Jam: A New Legacy Dynamic Duo figure pack, consider using our affiliate link on Amazon, as doing so helps support future reviews and everything else we do here at TBU.