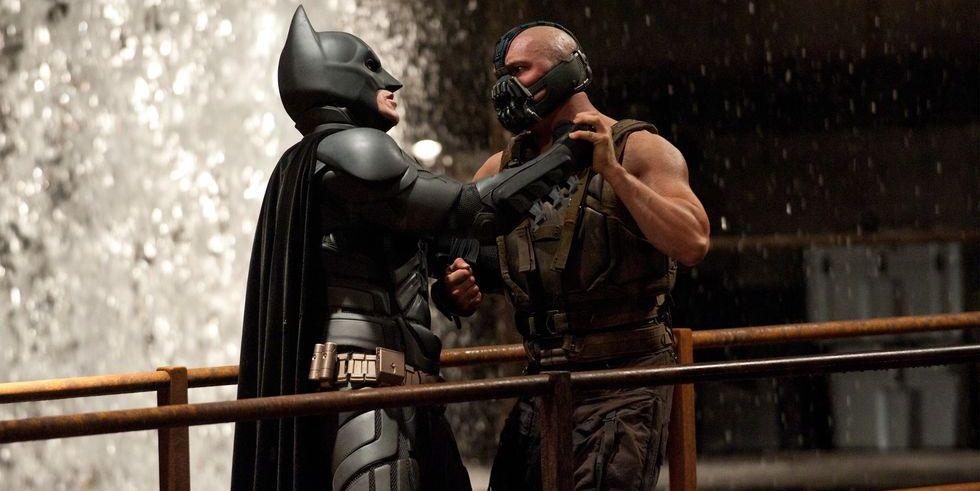 It has been ten years since Christopher Nolan wrapped his Dark Knight Trilogy with a satisfying, albeit flawed, final chapter in The Dark Knight Rises. With movies as strong as the first two entries, Nolan is afforded some slack as he finished up the Batman story that he and Christian Bale wanted to tell. As with any big Batman anniversary, it’s only right to look at five great things about The Dark Knight Rises.

When Bane was announced as the main villain, every fan couldn’t wait to see Bale’s Batman match up with the powerhouse that is Bane. Bale hasn’t really met a physical match during his time in the cowl, and as we all know, Bane was created in the comics to be that physical equal to Batman.

Fan theories were thrown out there as to who would play Bane. Would it be a wrestler? Tom Hardy was announced as Bane, and while we all knew he could act, we didn’t really know if he could be that physical presence that Bane is. Hardy exceeded my expectations as a threat to Batman, and coupled with his sophisticated voice that has spawned millions of impressions in the comic book community, proved he could be the man that could break the Bat.

Their first battle is a top fight of the trilogy in my opinion. The brutality of the fight and Nolan’s decision to not put up a score or music behind really added to it. We can see Batman giving it his all and Bane not breaking a sweat. Fans have never really seen Batman take such a beating on the big screen. Thus, when Bane went full Knightfall and broke Batman’s back, it was a shock to everyone. 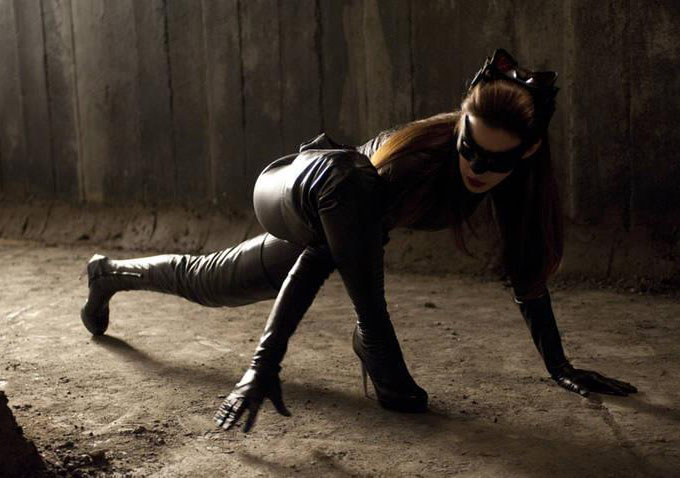 We have been blessed with many great actresses to play Catwoman, and in my humble opinion, Anne Hathaway is towards the top of the list. I know they never officially call her “Catwoman,” but Hathaway delivered a great performance. She looked great in the role. She played the “I have to get mine” attitude of Selina Kyle very well.

I loved her first appearance in the movie when she steals from Bruce, and he calls her out for being a fraud.  Her face goes from the sweet and innocent act that she is putting on to her real persona, and it was definitely believable. The ballroom scene is one of my favorites in the film when she dances with Bruce and then sneakily steals his car keys, which is quintessential Selina Kyle. 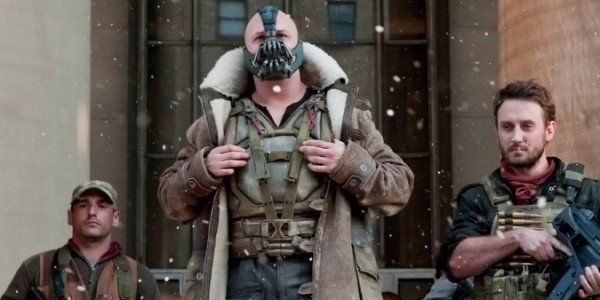 I touched on this before, but Hardy put up a dynamite performance as Bane. Now, he didn’t have a high bar as the second live-action Bane, but he did have to follow up Heath Ledger’s Joker. Hardy gave his whole performance with his mouth covered with that mask that dominated comic conventions all over the world in 2012.

I think we all knew that we wouldn’t see this version of Bane pump venom into his veins because of how grounded and real director Christopher Nolan had established his universe. The mask acting as a painkiller of sorts was a new touch to the lore, and, of course, the voice of Bane lives on in the Harley Quinn animated series. 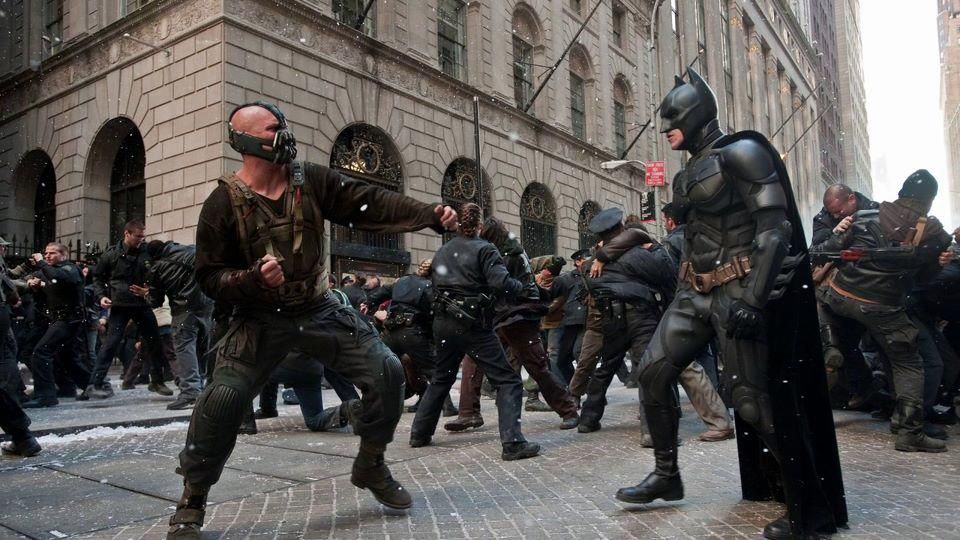 I’m considering the finale to be when Batman shows back up in Gotham and saves the police trapped in the sewers, which leads to the all-out assault on Bane and his army. This whole last hour is just an epic, sweeping scale that we have never really seen in a Batman movie before. The war in the middle of the street. Batman, Catwoman, and Jim Gordon chasing after Talia and the bomb. Right up until Batman’s sacrifice as he flies the bomb out over the war.

After all that grand action, Nolan gave us quiet emotional moments like Alfred at the graves of Thomas and Martha Wayne saying how he failed them, John Blake getting handed the keys to the cave (I’m ignoring the part where his name is Robin), and of course, when Alfred sees Bruce at the cafe and they exchange their looks.

It’s a fitting end to this trilogy of movies. The all-out war for Gotham, Batman absolutely saving Gotham City, and Bruce finally getting happiness and a life that he deserves. 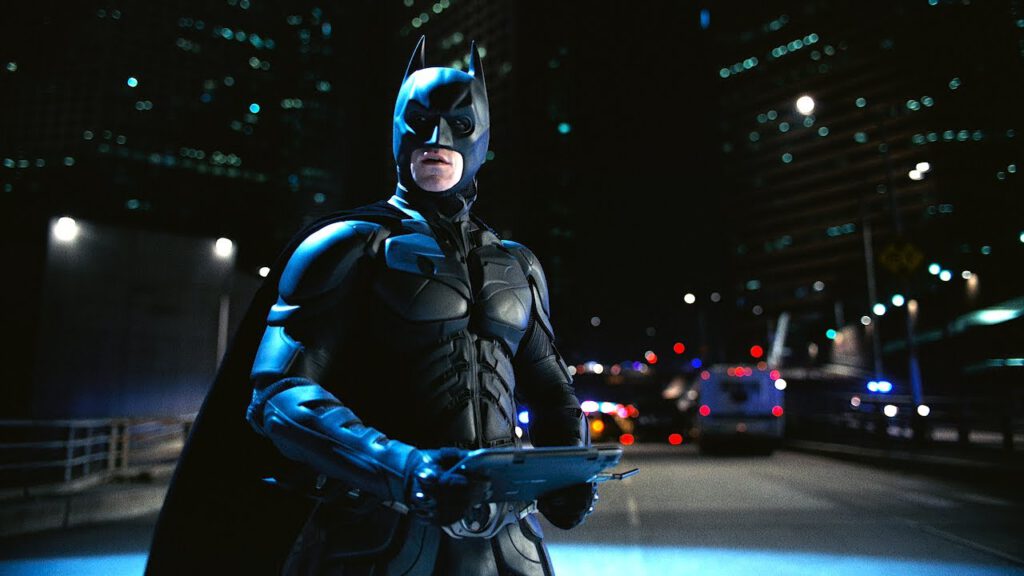 Hans Zimmer delivered three great scores with The Dark Knight Trilogy, but The Dark Knight Rises might be his best. I am not a big score guy, but even I can recognize the beauty of a great soundtrack.

Every time I watch this movie, the song titled “The Fire Rises” will be stuck in my head, and I will be chanting it for the next week or so. If you hear the Bane/Rise chants at the grocery store, then it is me, having just rewatched The Dark Knight Rises again.

While this movie has more plot holes than the other two, I still consider it a strong Batman movie. For this version of Batman and the story that Christopher Nolan started in Batman Begins, it’s a great and satisfying ending. This trilogy of movies is widely considered the greatest trilogy in comic book movie history and rightfully so. Rises delivered on a grand scale and put a great bow on top of Christian Bale’s iconic take on the Dark Knight.

Editor’s Note: It may be ten years, but if you somehow haven’t seen the film, you can purchase it now in multiple formats on Amazon.