Warner Bros. has announced the launch of a brand new app featuring the Bat-Tech theme. Earlier this year, we brought word that Warner Bros. was teaming up with their licensees to offer a theme focused on the tech Batman works with. We have seen multiple items release throughout the year, but now a brand new app has launched using augmented reality to bring even more fun to the theme.

The free mobile app is now available for iOS and Android devices. It is intended for kids ages six to twelve and is available in thirteen different languages. Above you can see screenshots of the app, while here are the features listed in the press release.

There is also an exclusive digital comic series called Batman: Knightwatch. You can watch a trailer for the app above. 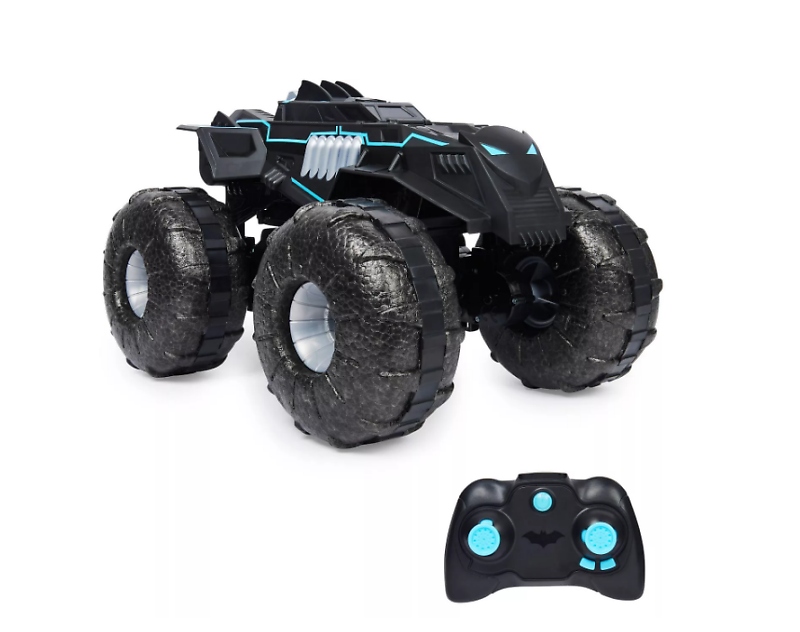 In addition to the new app, Spin Master has released the Batmobile featured in the app with the new RC Batmobile. The all-terrain vehicle can drive in any direction up to one hundred feet away. The Batmobile features a rechargeable remote that has out-of-range sensors and is compatible with any of the four-inch figures from Spin Master. It retails for $54.99 and is available now at Target.