Batman and Bill Coming to Hulu May 6 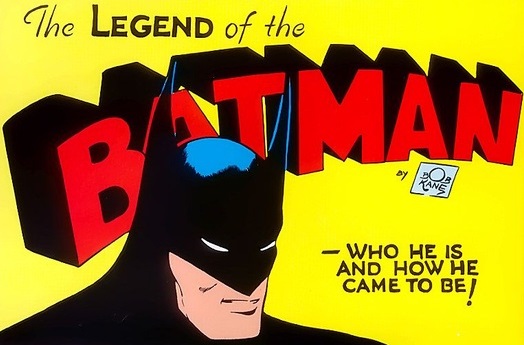 Hulu has announced its lineup of shows for the month of May and among the list was the documentary Batman and Bill. Hulu first announced the documentary in August of 2016 and then in January revealed that it would come in May. Holding true to their word, the documentary will debut on May 6 exclusively on the streaming service.

Bill Finger was a pivotal part of the creation of what Batman is as we know today. Marc Tyler Nobleman has been leading the crusade for years to inform the public of Finger’s contributions to not only The Batman Universe, but also DC Comics. Very little information has ever been known about the humble man. The new documentary promises to share information on this comic legend that went mostly unacknowledged for a long time. The official synopsis was given:

Everyone thinks that Bob Kane created Batman, but that’s not the whole truth. One author makes it his crusade to seek justice for Bill Finger, a struggling writer who was the key figure in creating the iconic superhero, from concept to costume to the very character we all know and love. Bruce Wayne may be Batman’s secret identity, but his creator was always a true mystery.

Hulu also released a short trailer for the film. You can find it below and be sure to look for the documentary on May 6.

Batman Through the Years: 1948

Batman Through the Years: 1947

Batman Through the Years: 1946

Batman Through the Years: 1943

Batman Through the Years: 1942

Batman Through the Years: 1940