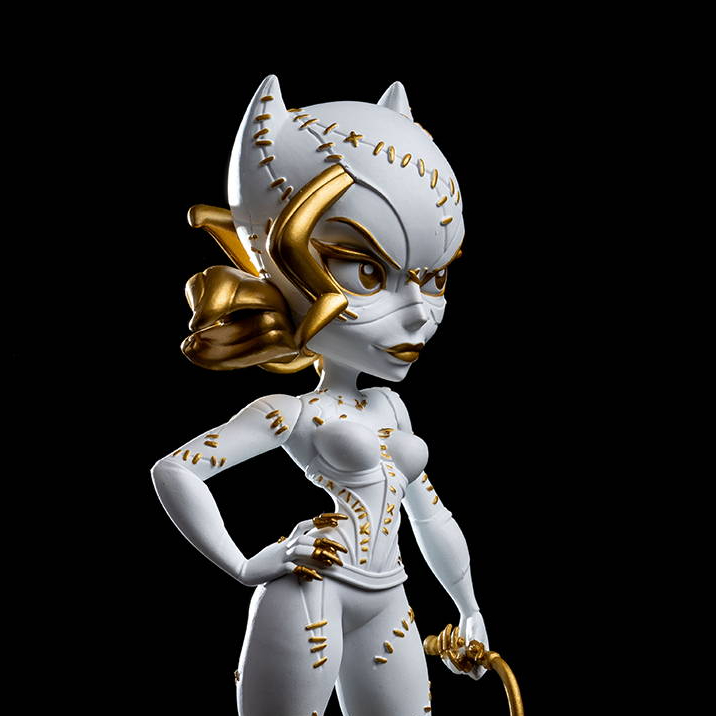 Cryptozoic has released details for their San Diego Comic Con (SDCC) exclusive figures, including a new Golden Goddes version of Catwoman. We have previously reported on the original version of the figure based on her appearance in Batman Returns, as well as a purple variant. Now there is a Noir edition (grayscale version) releasing exclusively through Cryptozoic along with the SDCC exclusive Golden Goddes edition. Each figure measures seven inches tall. The Noir edition figure is priced at $29.99 and the Golden Goddess variant is $49.99. Both figures are expected to ship before the end of the month. Preorders will be taken at the Cryptozoic website for the Catwoman figures on July 23 at 10AM PT during SDCC.